The Iwaki Health Promotion Project, which was initiated at Hirosaki University in 2005, accumulates big data from approximately 1000 participants annually and includes 3000 health-related items. As shown in Figure 1, these items cover a very wide range of measures: molecular biology data such as genetics, physiology/biochemistry data, personal lifestyle data, and socio-environmental data. The clinical section of the Medical Research Department also participates in the project and provides diagnoses to confirm the presence or absence of disease. Unlike cohort studies, in which there is a single outcome and the items to be measured are predetermined, in this field, a single data element can be cross-checked to evaluate its relationship with any of the other 2000 data elements! Therefore, it is possible to collaborate with a wide variety of researchers and companies to establish predictive methods for various diseases such as diabetes and dementia. In addition, we are looking to expand into individualized medical care. The current project was adopted as a Center of Innovation/Japan Science and Technology Agency Program in 2013, and was awarded the Prime Minister's Award, the highest rank of the Japan Open Innovation Prize as the best enterprise/project in 2019. It is one of the research bases currently attracting attention in Japan.

Although there are many reports related to gut microbiota and obesity, most of the studies used BMI as the index for obesity. Due to differences in the findings among studies, however, the relationship between the gut microbiota and BMI has remained unclear. Importantly, visceral fat is known to have a stronger contribution to cardiovascular disease than BMI. Unfortunately, visceral fat is not as easily measured as BMI.  Visceral fat is generally measured using computed tomography; however, in collaboration with the Panasonic Corporation, Kao Corp. developed a visceral fat meter that obtains rapid and noninvasive measurements of visceral fat, making it possible to routinely measure visceral fat in health checkups. Kao Corp. provided this medical device to this project and is now conducting comprehensive medical and physiological research on visceral fat. Therefore, in our study, we evaluated the relationship between the gut microbiota and obesity using visceral fat as the index of obesity during the annual health checkup of more than 1000 people.

Data management focusing on gut microbiota is being carried out at the University of Tokyo using the supercomputer SHIROKANE. In studies such as ours that produce huge amounts of data every year, data management with a secure computational environment is critical. The management and analysis of gut microbiota data and the potential for future disease prediction are currently being studied at the University of Tokyo.

The achievements of our study were mainly the fruit of the successful collaborations among Hirosaki University, The University of Tokyo, and Kao Corporation. 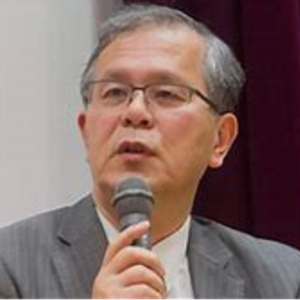