What does the nasal microbiome tell us about granulomatosis with polyangiitis?

Granulomatosis with polyangiitis (GPA) is a multi-system autoimmune disorder. The exact pathogenesis is still unclear, but genetics and also environmental risk factors have been implicated. GPA is a relapsing-remitting disease and clinical predictors of disease relapse have been identified. Patients with GPA have a higher rate of nasal colonisation by Staphylococcus aureus (60-70%) than the general population (~25%), and the presence of persistent colonisation may be associated with an increased risk of disease relapse during follow-up. Recent studies have in part challenged this assumption. Thus, we designed a study to investigate the nasal microbiome and if changes are involved in disease pathogenesis or recurrence of disease or not.

In our study (link to our study) we characterised the nasal microbiome by bacterial 16S rRNA sequence analysis and in a particular depth for Staphylococcus species using shot gun metagenomic sequencing.

Since GPA represents a rare disease, numbers of patients recruited were limited to 12 with active disease and 44 with inactive GPA. As comparators we investigated the nasal microbiome in 13 disease controls, 11 unrelated healthy controls and 4 related healthy household controls. In addition, nasal swabs were used for culturing and 29 subjects (34.5%) were positive for S. aureus which were used for antimicrobial susceptibilty testing.

The bacterial 16S rRNA gene analysis identified three distinct microbial hierarchical clusters in the heatmap plot. Of these, one cluster was dominated by S. aureus and mainly contained patients with GPA. Statistical analysis using PERMANOVA test and NMDS plotting confirmed a significant difference beta diversity (between microbial cluster differences) between the GPA patients and the healthy control cluster. Antimicrobial susceptibilty testing revealed that none of the S. aureus isolates were methicillin resistant (MRSA), and three isolates were completely susceptible to all antibiotics testedWe then used shotgun metagenomic sequencing to obtain a greater resolution in terms of species present in the nasal microbiome. By shotgun sequencing we could retrieve 198 different Staphylococcus hits of which 38 hits could be classified at the species level and the other hits were mainly unclassified S. species (clones).  Seven S. species were in the top 1% abundance group. Statistical analysis of the shot gun sequenced Staphylococcus species revealed that the active GPA patients were different from the healthy and disease controls.

Differences of the two most abundant shotgun sequenced Staphylococcus species among the five different sample groups were found, as identified by shotgun sequencing.

Interestingly, we observed presence of S. pseudintermedius in patients and controls, which has not been described in this frequency before. S. pseudintermedius is a commensal and opportunistic pathogen of dogs and cats, that frequently causes soft tissue and skin infections and is increasingly recognized as zoonosis in humans (1). If S. pseudintermedius has a role in the pathology of GPA disease needs to be determined.

We next moved from the resolution of bacterial species to the level of the gene. We performed functional profiling by utilising shotgun sequenced data to investigate if the abundance of genes, and genes that are part of the same pathways were differentially enriched between the patient groups. For the annotation of protein pathways, we used the protein subsystem classification of the SEED genome annotation database (2). The annotation revealed 971 protein subsystems of which 319 had a minimum abundance of 0.1% across all samples which we used for detailed analysis. We identified 10 protein annotation pathways to be statistically different between the patient groups. An exciting part of the analysis was to identify any correlation between protein annotation pathways and metagenomic shotgun sequenced species. Remarkably, several protein annotation pathways were found to be significantly enriched in GPA patients compared to the healthy control group, amongst correlation between other groups. The two most interesting and discussed pathway in our main paper were an enriched pathway of chorismite synthesis in GPA and disease control patients and an association with enrichment of genes involved in the synthesis of vitamin B12 in GPA and their house hold controls compared to the disease controls and healthy controls. Why there is an enrichment of genes involved in Vitamin B12 biosynthesis in GPA patients is not clear but we proposed a hypothesis in our main paper.

In summary, our combinational approach of bacterial 16S gene sequencing and deep shotgun sequencing of the nasal microbiome from GPA patients and controls, revealed several exciting insights with a unique Staphylococcus species profile and protein pathway associated into the complex disease. Our study also highlights the power of using shotgun sequencing for a more complex investigation of the human microbiome with bacterial protein subsystem.

Flying solo; the tale of my plunge into community assembly. 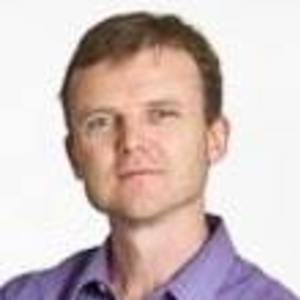