This study reveals the dichotomy in biotin levels between human and mouse plasma. Mimicking the human environment in mice identifies biotin biosynthesis as a novel antibiotic target for Gram-negative pathogens.

A diminishing antibiotic pipeline and increasing incidence of multi- and pan-drug resistant bacteria highlight the need for novel antibiotics. Conventional antibiotic discovery platforms use nutrient rich laboratory media when identifying drug targets1. However, during infection, additional bacterial processes are required for survival in the host when compared to those in vitro1. Additional genes in the biosynthesis of amino acids, vitamins, and cofactors become essential for bacterial survival during infection1. By inhibiting nutrient biosynthesis pathways, it is possible to uncover an untapped source of antibiotic targets.

The Brown lab’s interest in targeting nutrient biosynthesis began in 2013 with a screen of 30,000 molecules that aimed to identify compounds that inhibit bacterial growth in nutrient limiting media but not in conventional, nutrient rich growth media2. This screen illuminated a diversity of molecules targeting different amino acids, nucleobase, and vitamin biosynthesis pathways. The identified molecules have been shown to be useful biological probes. Unfortunately, their antibiotic potential had yet to be explored.

At the beginning of my Ph.D., my supervisor Dr. Eric Brown wanted to investigate this unexplored avenue, starting with an inhibitor of biotin biosynthesis, named MAC13772 (one of the most potent hits in the screen). While attempting to validate biotin biosynthesis as a viable target I was almost immediately met with challenges. Starting with top priority Gram-negative pathogens, I began testing the essentiality of biotin biosynthesis at various sites of infections in mouse models. As suggested by the literature, the pathway was found to be dispensable for Acinetobacter baumannii, Klebsiella pneumoniae, Pseudomonas aeruginosa, and Salmonella sv. Typhimurium at all the sites of infection tested. This disappointment left me ready to move on to a new target when a post-doctoral fellow in the lab, Dr. Brent Weber, showed me an assay indicating that biotin biosynthesis was important for K. pneumoniae replication in human plasma.

Having demonstrated the in vitro potential of targeting biotin biosynthesis, we wanted to have an in vivo model to validate the potential of targeting biotin biosynthesis during infection. Murine models are the gold-standard for pre-clinical antibiotic testing; however, traditional models prohibit the evaluation in human conditions. We were able to leverage the biotin binding protein streptavidin to temporarily alter mouse biotin levels to fall within the range of human concentrations. With this model, we were able to uncover the essentiality of biotin biosynthesis for A. baumannii, K. pneumoniae, and P. aeruginosa and demonstrate the efficacy of MAC13772 in treating an A. baumannii skin and systemic infection.

Biotin biosynthesis has been overlooked as a target because of the lack of predictive in vitro and in vivo conditions in antimicrobial lead testing. Mouse models for infectious disease are often regarded as a surrogate for human infection. Despite the widespread use of mouse infection models in preclinical testing, often researchers perform tests without careful consideration of the differences to the human environment. It is important to recognize that there are a class of targets that may not work in mice but are effective in humans. With the surge in antibiotic resistance, it is critical to uncover this class of overlooked targets. By mimicking biotin levels to those found in humans, this work provides insight into how mouse models can be adapted to uncover these new targets. With future research efforts following the same principles, it may be possible to uncover a wide range of novel antimicrobial targets. 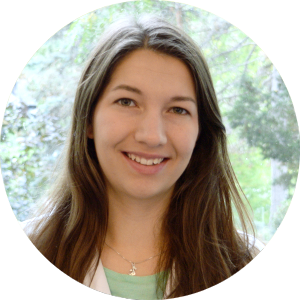