Recent years have seen a growing popularity among dog and cat owners to feed their pets raw meat-based diets (RMBDs). We show that this trend may constitute a risk to human and animal health due to the contamination with pathogenic and antimicrobial-resistant bacteria.

The World Health Organization (WHO) has listed antimicrobial resistance (AMR) as one of the top ten threats to global health in 2019. Addressing this threat requires a holistic and multisectoral approach – referred to as One Health. One Health is based on the concept of the inter-connectivity of human health, animal health and our shared environment.

Our research group is committed to identifying resistance in key bacteria in humans, in animals, in the food chain, and in the environment. Many such bacteria belong to the family of Enterobacteriaceae and produce enzymes called extended spectrum beta-lactamases (EBSL), which inactivate a broad range of penicillins and cephalosporins. ESBL-producers can be found in livestock and may contaminate meat during slaughter. Accordingly, humans may acquire such resistant bacteria and their corresponding resistance genes from contaminated uncooked meat. But ESBL producers have also emerged in healthy and in sick companion animals, suggesting a potential risk of transmission of AMR to humans.

One strong indication that pets may be affected by AMR came from our previous study on clinical strains obtained from dogs admitted to the veterinary clinic of the University of Zurich. Among the bacteria causing urinary tract infections, we observed a high prevalence of ESBL-producing Enterobacteriaceae including Escherichia coli and Klebsiella pneumoniae. This finding, besides being alarming, also raised the question of where these bacteria come from.

Recent years have seen a growing popularity among dog and cat owners to feed their pets raw meat-based diets (RMBDs). These feeds contain uncooked muscle and organ by-products of animals slaughtered for human consumption. Taking this into account, we suspected that these diets could be a possible source of AMR.

Indeed, the results of our study, which can be found here http://dx.doi.org/10.1098/rsos.191170, showed a high prevalence of ESBL producing Enterobacteriaceae among commercially available RMBDs. Interestingly, many of the resistance genes found among the bacteria were identical to those found in livestock and in human clinical isolates. Some of the samples also contained Salmonella which causes gastro-intestinal disease.

Our findings suggest that RMBDs may represent a risk to pets, their owners and their entire family, especially vulnerable individuals such as small children or the elderly.

Most of the resistant strains we identified don’t represent a direct health threat, but they could be transferred to the normal gut flora without causing an infection. They can potentially spread their resistance genes to harmful bacteria or cause infections later on.

Diminished antibiotic effectiveness may have devastating effects on our modern healthcare that relies heavily on these drugs, including for treatment of infectious diseases, cancer treatment, and many types of surgery.

Antimicrobial resistance isn’t going to go away, but identification of sources that represent hazards can help mitigate the dissemination.

To that end, the trend to feed pets raw meat needs to be addressed by raising the awareness of antimicrobial resistance from the pet feed safety perspective and providing information to pet owners on the correct handling of RMBDs, in order to reduce the risk and ensure animal and public health. 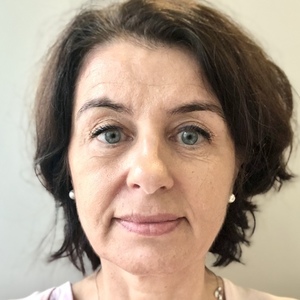 Dr, Institute for Food Safety and Hygiene, University of Zürich