Modern agriculture pushed pathogens into a corner, so they had to fight back.

The International Rice Research Institute (IRRI), located in The Philippines, was created in 1960 to fight poverty and hunger, two problems affecting the growing population of Asia by that time. The Philippines, due to its geographical isolation, became a natural laboratory where breeders tested and released new rice varieties. This allowed the IRRI scientists Peter Jenning and Gurdev Khush to develop semi-dwarf high-yielding rice varieties that quickly replaced traditional landraces and changed the landscape of Asia. Similar to Norman Borlaug’s work on wheat, they started the Green Revolution on rice.

Soon, these new varieties become susceptible to bacterial blight disease, caused by Xanthomonas oryzae pv. oryzae (Xoo). To combat the disease, IRRI released a rice variety with the resistance gene Xa4. For decades and without noticing, breeders kept selecting Xa4 in the field until it became nearly universal in deployed rice varieties. Xa4 was found in more than 70% of released varieties and spread to every corner of the archipelago, reaching 90% of the rice-growing areas at its highest. The pressure of a single gene and the rice crops uniformity facilitated the emergence of new Xoo groups that overcame Xa4 resistance.

To understand how and when Xoo overcame Xa4 resistance, we looked at the unique historical IRRI records on released rice varieties and field-collected Xoo. After screening more than 1,800 outbreaks that occurred in 40 years, we found that more aggressive Xoo groups took over in rice fields. We then looked if the host pressure left genomic signatures in the pathogen. We discovered multiple variations in the Xoo genomes, suggesting drastic changes in the overall fitness of Xoo groups that led to Xa4 adaptation. The next step is to determine the bacterial trigger for Xa4 to bring mechanistic insights into Xa4 adaptation. Overall, our paper provides important insights into the adaptation of pathogens and advice directions for future resistant genes deployment strategies.

All this work would not be possible without the early efforts of Nollie Vera Cruz and Tom Mew that initiated a screening program for bacterial blight resistance and created the Xoo collection at IRRI. Their early commitment and the fruitful discussions among the authors made this study possible. 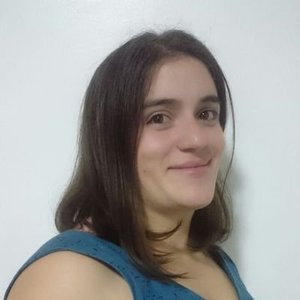