When I started playing rugby in high school, I changed my dietary habits and started consuming more proteins to gain a competitive edge. The same thing seems to happen to the pathogenic E. coli in the inflamed gut to outcompete its commensal competitor.

An imbalance between beneficial and harmful bacteria underlies multiple gastrointestinal diseases, including inflammatory bowel disease (IBD). A pathogenic type of Escherichia coli, namely adherent invasive E. coli (AIEC), accumulates in the inflamed mucosa of IBD patients and thought to contribute to its pathogenesis. However, the precise mechanisms by which AIEC gains a growth advantage over its commensal competitors in the “inflamed” gut remain incompletely understood.

Our lab previously reported that pathogenic E. coli is outcompeted by the metabolically related commensal E. coli through nutritional competition for the carbohydrates pathogenic E. coli relies on in the “steady” state gut (Kamada et al., 2012, Science). Given the drastic alteration of nutritional environments during gut inflammation (e.g., reduced availability of carbohydrates), it was conceivable that AIEC obtains a growth advantage over their competitors by utilizing alternative nutrients, instead of limited carbohydrates in the inflamed gut.

In newly published paper in Nature Microbiology, by adopting a multi-disciplinary approach including transcriptome and metabolome, we discovered that AIEC reprograms its metabolic preference from carbohydrate towards amino acids (particularly serine catabolism) for outcompeting commensal competitors, particularly commensal E. coli in the inflamed gut. Further, we found that L-serine, utilized by AIEC in an inflammatory microenvironment, comes from “diet”. Hence, inflammation-driven AIEC bloom is significantly blunted when L-serine is removed from the diet. Thus, appropriate dietary modulation of amino acid content in the diet, may pave the way for the development of next-generation precision dietary therapies for the prevention and treatment of bacteria-driven diseases, such including IBD, without affecting beneficial commensal communities.

Lastly, I would like to thank my mentor, Dr. Nobuhiko Kamada for his guidance during my postdoctoral training. Also, this study was supported by not only collaborators but also the many staff members at the University of Michigan. I’m proud of becoming a part of the team, and delighted that our work landed in Nature Microbiology:) 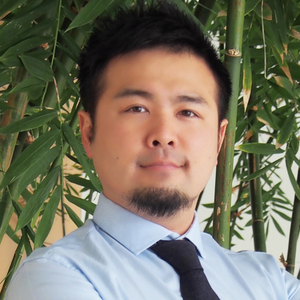