Going deep into the jungle to understand urbanization

Behind the Paper: Home chemical and microbial transitions across urbanization

Human behavior in Western countries has changed a lot since the industrial revolution: we spend our time mainly indoors, living in small groups, eating highly processed foods and being exposed to a wide range of chemicals in our environment. In turn, many diseases have emerged: increases in specific cancers, type 2 diabetes, allergies, etc. The human microbiota is the community of microorganisms living in and on our bodies, and microbiota disturbances have been linked to many of these new diseases. To systematically determine how the microbiota has been affected by urbanization and its novel chemical exposures, we set out on an expedition deep into the Amazon jungle. The goal of the expedition was to see the chemical exposures and the composition of building and human microbiota in people living under traditional conditions very similar to our earlier ancestors, and compare them to neighboring, increasingly urbanized populations.

With the support of the Sloan Foundation, we went on a field trip in the Amazon, spanning from the border between Peru and Ecuador, moving East to Iquitos and then Manaus, with a team of ~10 US and local microbiologists, MDs, architects, and environmental engineers. We met interesting locals such as Father Luigi, a missionary living with the Achuar for 60 years, or María Aparecida, the head of the local community organization in Manaus. We witnessed tensions generated by oil exploitation, took a boat on the Amazon River from Iquitos to Tabatinga, across the border with Brazil, and celebrated finishing the fieldwork with a concert at the Manaus opera house.

We collected swabs of house walls, floors, objects, animals and human occupants, as well as fecal samples. We measured air quality, registered house plans, and took a lot of data from each site. We sent back frozen swabs in tanks from Iquitos, and a second shipment from Manaus. After quantifying chemicals on 270 swabs from house floors and walls (from huts in the jungle to city high-rises!), and determining microbial profiles of over 2,000 human, animal and building samples, we learned several things about how these exposures have changed with urbanization. First, we found that the overall house surface chemical composition and the bacterial, fungal and micro-eukaryotic communities living on house surfaces change in accordance with urbanization degree. Second, diversity of chemical exposures increases as we become more urban. Third and surprisingly, we found that the diversity of fungi on building surfaces also increased with urbanization. In contrast, social stratification between poor and rich had limited effect on house chemical profile, and overall house bacterial and fungal community composition. Overall, this jungle expedition is helping us understand in more detail how we have changed our exposure to microbes and chemicals by becoming more urban. This knowledge is fundamental to understand the exposures to which we are biologically adapted and the causes of modern autoimmune diseases. 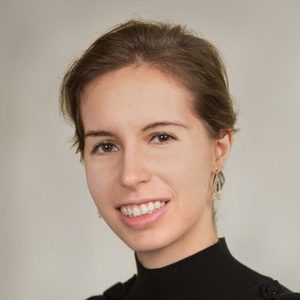