Considering the wealth of environmental sequencing data available, there is a big potential to use the published information to get "globally" interesting results. Doing this, we can see fungi and their ecosystem roles as largely affected by climate and threatened by its change.

The arrival of high-throughput-sequencing methods in late 2000s dramatically changed our ability to describe environmental microbiomes. This is why the first papers describing composition of fungal communities in soils using 454-sequencing were met with a big enthusiasm. When the methods became cheap enough, it was obvious that we are able to describe fungal communities across the globe in an unprecedented resolution, if… If there is enough money and energy to undertake the sampling effort. Obviously, there are always limitations in both for any individual group exploring the diversity of fungi and its drivers.

The solution seems to be simpler than one would expect: the accumulation of papers describing fungal communities across the globe expanded dramatically to tens and later hundreds published every year. Why not to use the wealth of this data already collected - and the money of the research funders already spent – to elaborate a picture of fungal diversity and biogeography. These thoughts have initiated our meta-study of papers, reporting the composition of fungal communities across the globe. Of course, the meta-study approach has specificities and limitations. First, it is necessary to invest in literature and data mining. Second, it is important to standardize source data and metadata, to verify and validate them. And third, it is important to keep in mind the limitations of individual studies and challenges of their combination.

Still, what we can get is a list of positive results, reporting the presence of individual fungi at various locations of the globe. Here, we have compiled the data on soil fungi from as many as 3370 soil samples encompassing 66 millions of individual records of fungal observation: their DNA sequences. The data mapped to several thousands of fungal species. For approximately 500 of them, those occurring most frequently, the data allowed to explore their biogeography. Since every sample has its exact location, we were able to explore the effects of climatic variables, vegetation descriptors and soil properties on the distribution of individual fungal taxa. Moreover, the dataset was also suitable to explore fungal diversity.

Already a brief look at the data showed that there is - despite the known endemism of some fungal species – a substantial share of those fungi that have a wide distribution across all or most continents. In contrast to plants or several animal species, fungi seem not to form the typical biogeographic patterns: in contrast, it seems that locations with similar climates largely share fungal species across continents. Furthermore, no classical hotspots of diversity in the tropical forest biome were recorded in fungi. It is rather higher latitudes that seem to harbour the most diverse fungal communities.

Although vegetation and soil properties also affected fungal distribution, climatic variables – both those related to temperature and precipitation – explained by large the largest share of variation in global fungal distribution.

When looking at the ecology of fungi with different nutritional modes, such as saprotrophs, parasites, pathogens or symbionts, the effects of climate turned out to affect their distribution to a various degree. While the ectomycorrhizal fungi that live as symbionts of plant roots and help plants to obtain important mineral nutrients from soils are largely constrained by climate, other guilds of fungi, including pathogenic species, show much larger climatic niches. While the range of optima in mean annual temperature is approximately 5 °C for ectomycorrhizal fungi, for plant pathogens, the width of their temperature niche is around 9 °C.

Lactarius lignyotus forms mycorrhizal symbiosis with the roots of spruce (Picea) trees aiding them to retrieve nitrogen and phosphorus from nutrient-limited soils. It belongs to one of those species with a narrow climatic niche - the ranges of temperature and precipitation that it can tolerate. Photo: Tereza Vlková

We may fear that the potential climate change may negatively affect the ectomycorrhizal fungi, beneficial for economically important trees and other plants, while the same plants would potentially be still threatened by pathogenic fungi.

What is the most important message of our study: it is perhaps the utility of already available data to answer important questions that a single study cannot properly address. This is what keeps us motivated to steadily continue our exploration of fungi in multiple habitats across the globe using the papers that continue to appear. We believe that many more interesting questions can be asked and answered in the future! 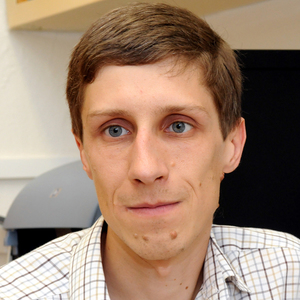 Group Leader, Institute of Microbiology of the Czech Academy of Sciences