My work in Eric Rubin’s lab at HSPH as a research assistant and master’s student involves genetic manipulation of the M. tuberculosis genome to create knock-out and depletion mutants with a focus on genes of unknown function and novel drug targets. I’ve had the opportunity to work on a variety of projects and help train new users in the Biosafety Level 3 (BL-3) facility where our lab’s work with virulent strains of M. tuberculosis is safely conducted. In addition to the design of the facility overall, BL-3 safety measures include the use of biosafety cabinets, multiple layers of containment of live bacteria at all times, and the use of extensive personal protective equipment including air-purifying respirators, Tyvek suits, multiple pairs of gloves, and other protective paraphernalia. We also use very specific, thoroughly tested (time-consuming) protocols designed to ensure safe handling of the pathogen. We are further hampered by the long doubling time of M. tuberculosis, and the ongoing struggle to find an acceptable FM radio station to listen to for three to four hours straight.

Pictured below: Ms. Shoko Wakabayashi, my talented BL-3 labmate, is about to research the heck out of some TB. 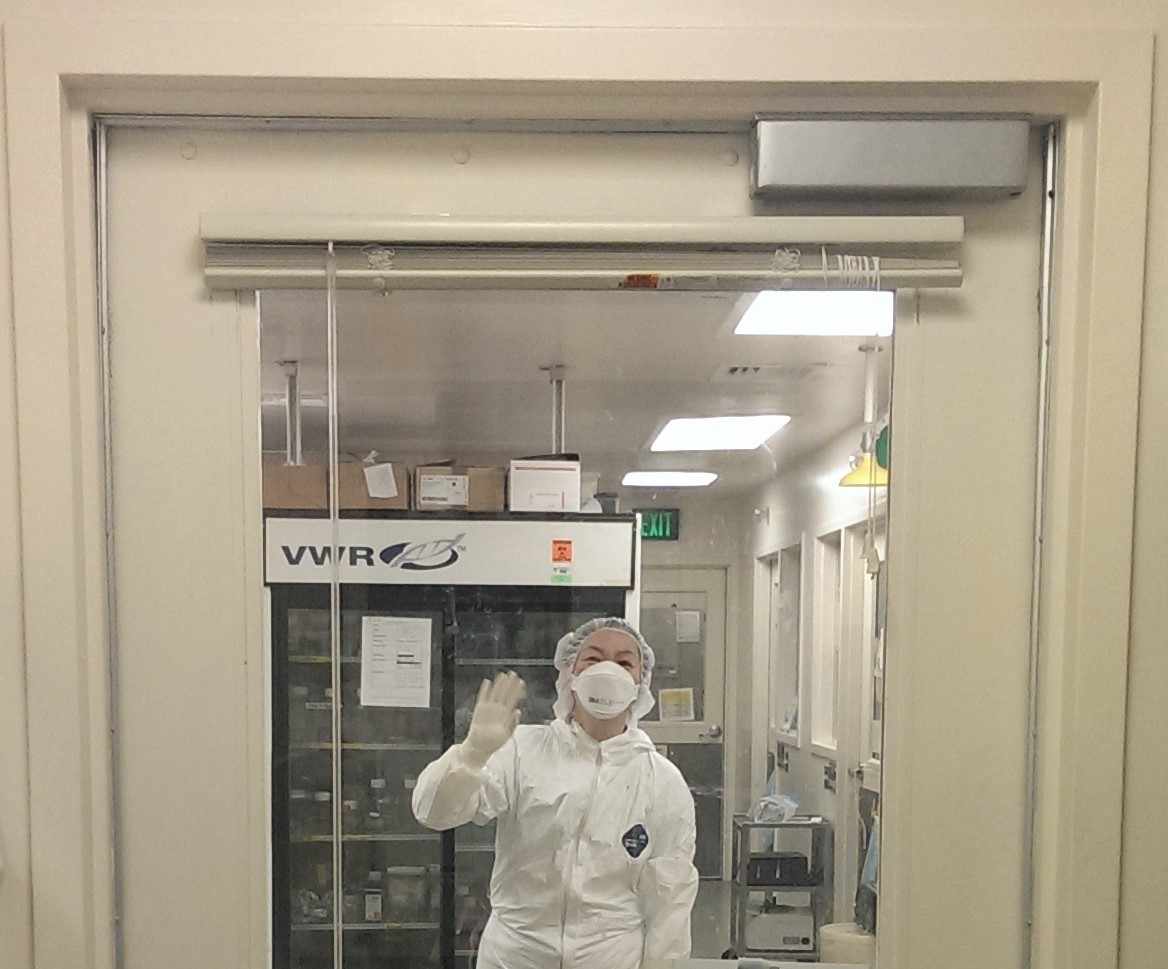 1. What is the most interesting thing about working with/treating TB?

The most interesting thing about working with TB is the fact that we still know so little about the basic biology of the organism. Tuberculosis is ancient, and has evolved with humanity over thousands of years! Even though we’ve been actively researching the causative agent of the disease since the dawn of Microbiology, we still fall short in our comprehension and treatment of tuberculosis. Personally I find mycobacteria to be so incredibly different and strange in comparison to every other bacteria I’ve worked with, TB is full of surprises and challenges.

2. What do you think is the biggest challenge today for successfully eradicating TB?

To me, the biggest challenge to successful eradication of TB is the absence of a treatment that is both effective and efficient. A six or nine month treatment course is impossibly long when you consider the rate at which people, and the diseases they carry, travel around the world these days.

3. What would you like the public (and general microbiological audience) to appreciate about TB?

I’d like a wider audience to appreciate the fact that people still die from this disease every day, unnecessarily, which I suppose is also the point of World TB Day! TB is far from incurable, but it is also inextricably linked to larger social issues such as poverty, malnutrition, and poor access to healthcare, which require greater changes in the attitudes of human-kind at large. The fact that these problems are related may make them all seem more daunting, but I actually find it encouraging to think about it this way. If we were able to eradicate TB, it would help begin to alleviate some of the larger social problems often found in areas with high TB burdens - it would be the beginning of a powerful step in the right direction for a huge population of the world!