In recent years, the notion of the ‘sterile lung’ has very much been abolished. In fact, the dynamic microbiome of the lung is thought to have a significant impact on chronic obstructive pulmonary disease (COPD) pathogenesis.

COPD is expected to become the leading cause of death by 2035. In the UK alone, prevalence is 1.2 million. Recurrent bacterial infections and inflammation are a hallmark of the disease, but anti-inflammatory therapies are often ineffective: they fail to tackle the root of the cause. Clearly, there is a strong motivation to find new approaches to treatment, and one of the latest buzzwords is the microbiome.

The COPD lung microbiome differs from that of a healthy patient, and becomes altered during exacerbations. The link between the lung microbiome and many lung diseases is a two-way street. Inflammation results in an anaerobic environment and the production of byproducts such as catecholamines. Bacterial species which favour this environment flourish. You often see a shift from Bacteriodetes phylum, which often reside in the healthy lung, towards the Gammaproteobacteria class. Environmental factors such as tobacco smoke inhalation can also have pathological consequences. The integrity of the airway epithelial barrier can be altered and cilia autophagy induced, increasing susceptibility to pathological microbial colonisation.

It’s been suggested that these newly dominant bacterial species in the COPD lung encode molecular components to dysregulate the immune response. As the well-known cycle dictates, this increases susceptibility to infection and promotes inflammation.

A recent paper published by Respiratory Research in June 2019 by Prof. Zhang Wang from South China Normal University combined host microbiome and human multi-omics datasets to investigate this further. They found that Haemophilus and Moraxella, both Gammaproteobacteria, were associated with immunity and inflammatory host gene expression. Consistent with a previous study, the relative abundance of Haemophilus was elevated in COPD stable and exacerbation states compared to that of healthy lungs. This correlated with neutrophilia: a probable source of inflammation. Haemophilus, and correlating pro-inflammatory markers, were elevated in healthy smokers versus non-smokers and COPD patients who were ex-smokers compared to current smokers. So it’s likely that smoking does indeed result in airway inflammation, and results from the COPD patients suggest it’s irreversible.

For Moraxella, timing was important. Relative abundance in COPD patients was significantly increased during exacerbations compared to stable state, highlighting its recognition as an exacerbation-related opportunistic pathogen in COPD, and the dynamic nature of the microbiome. This was strongly linked to interferon signalling, thus promoting inflammation. Establishing biomarkers to identify patients more likely to exacerbate could work towards the personalisation of treatment for these patients. In contrast, Megasphaera, a known member of the human lung microbiome, was shown to have anti-inflammatory properties: there was a negative correlation with interferon pathway expression and sputum neutrophil counts. If COPD dysbiosis is overriding these effects, there is potential to therapeutically intervene.

Today is World COPD Day. The theme: ‘All Together to End COPD’. Could addressing underlying dysbiosis be the way forward for treating this disease? We could modulate host-microbe interactions by addressing dysbiosis directly and depleting pathologically dominant species. We could interfere with inflammatory pathways, learning from and harnessing the anti-inflammatory properties of bacteria such as Megasphaera. Ultimately, we need to focus on this multi-omics approach to gain data from larger populations to further our understanding.

This research is clearly going in the right direction, to enable us to identify novel therapeutic strategies, but it's still early days. I’ll leave you with a question. Is the altered microbiome in COPD really initiating disease pathogenesis, or is it simply a marker of injury and inflammation? 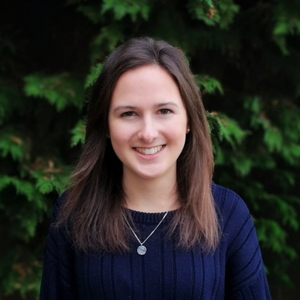 Andrew Jermy
Open Science is not just about open access
Regular Contributor
In the news, Under the microscope

Ben Libberton
Nature Portfolio Microbiology Community
We use cookies to help improve your experience. By continuing to browse our website you are consenting to our use of cookies.
Learn more