In nature, bacteria evolve constantly by either changing their own DNA or by incorporating foreign DNA into their genome through horizontal gene transfer. An efficient way for acquiring foreign DNA is natural transformation (NT) by which certain bacteria capture free DNA from the environment, transport it into the cytoplasm and integrate it into their chromosome. A dedicated protein nano-machinery encoded by the competent host bacteria is required for every step of the transforming DNA passage through the bacterial membranes and periplasm. NT is very efficient in Helicobacter pylori, a Gram-negative bacterium that colonizes the stomach mucosa of about half the human population. H. pylori infection results in a range of pathologies including gastritis, ulcers and gastric adenocarcinoma, one of the leading cause of mortality worldwide. As for many bacterial pathognes, multi-drug resistance is on the rise in H. pylori, where NT is a major route to the acquisition of antibiotics resistances as well as virulence factors.

My interest in the NT pathway of H. pylori began during my PhD while working on MutS2 protein, a DNA nuclease that inhibits the NT pathway of H. pylori, which role was initially unveiled by J. Pablo Radicella’s group at the "Laboratory for Research in Genetic Instability" (LRIG) near Paris. In the last year of my PhD, I had an opportunity to visit the LRIG on a short-term exchange fellowship. During this period, pioneering work was undergoing at the LRIG in order to characterize the DNA uptake pathway of H. pylori by using fluorescently labelled DNA and confocal microscopy. The lab was developing methods to monitor in real time internalization of DNA to the cytoplasm of H. pylori followed by its integration and expression (Corbinais et al., 2016). I got very interested by the potential applications of such methods to address some of the challenging and unanswered questions related to the NT pathway in H. pylori. Dr. J. Pablo Radicella, the head of LRIG, encouraged me to apply for the Enhanced-Eurotalents post-doctoral fellowship, and within a year I joined the LRIG team.

One of the major interests of LRIG team is to characterize the initial event of DNA capture and transport through H. pylori membranes and periplasm. Although H. pylori is highly competent for uptake of DNA from its environment, the composition of its membrane embedded Type-IV secretion system related DNA uptake machinery differs significantly from that of other well studied Gram negative bacteria. Additionally, homologs of ComEA proteins canonically responsible for binding and handling DNA at the surface or within the periplasm of most competent Gram-positive or Gram-negative competent bacteria, respectively, are absent in H. pylori. To find the missing periplasmic receptor of the DNA of H. pylori, we focused on comH, a gene reported to be essential for NT of H. pylori. Except for its N-terminal coding for a periplasm targeting signal, the amino acid sequence of ComH is unique to H. pylori with no homologs in the available genome databases. So finding out the possible function of ComH was a challenging task.

During the initial phase of this study, we relied heavily on the genetics and microscopy based approaches to demonstrate that ComH is essential for the import of DNA into the periplasm of H. pylori. The lab collections of H. pylori strains mutated in genes involved at various stages of NT helped me a lot to design experiments with appropriate positive and negative controls.

Our next goal was to get insights into the ComH peptide’s molecular mechanism of action. By preparing sequential deletion constructs of ComH peptide, we mapped the DNA binding activity of the ComH peptide to its C-terminal region.  When this region was expressed in H. pylori, the bacteria were able to import DNA into the periplasm but its translocation to the cytoplasm was blocked. We suspected an additional role of ComH protein in coordinating the translocation of DNA through the inner membrane. Finally, in a key experiment Anne-Marie Di Guilmi from our team demonstrated that the N-terminus of ComH interacted with the periplasmically exposed domain of ComEC, an inner membrane anchored protein required for translocation of DNA to the cytoplasm in all naturally transformable species studied so far.

To summarize, in our recently published paper, we show how the foreign DNA is handled in periplasm of Gram negative human pathogen H. pylori. For further details, please check out our paper here: 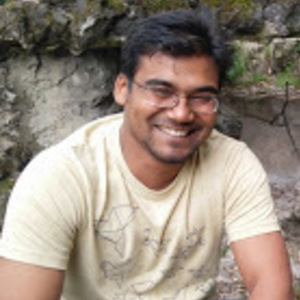