Viral treadmills in the ocean—running to stand still

A five year time-series analysis of marine viruses reveals a continual overturn of finely-resolved strains within viral 'species', suggestive of an arms race between viruses and their hosts.

When people hear the word “virus,” they often think about the flu or some other infectious disease. But in fact, most viruses on our planet infect microscopic organisms, such as bacteria. These viruses are abundant members of complex microbial communities found in every habitat on Earth. Described as ‘puppet-masters’ of their ecosystems, they shape the evolution and function of microbes by keeping the level of their hosts in check, shuttling around genes between hosts, and driving a persistent arms race between them and their hosts. Despite their importance in microbial ecosystems, they are often overlooked, and there is a particular lack of knowledge about how natural viral communities change over time.

Our new study, “Long-term stability and Red Queen-like strain dynamics in marine viruses,” sheds important light on this arms race by tracking populations of viruses over five years in coastal waters nestled between Los Angeles and Catalina Island. This study is the newest chapter in a 20-year series of work from Jed Fuhrman’s lab (and others) conducted at the San Pedro Ocean Time-Series (SPOT) site aimed at understanding the ebb and flow of the microbes there. Every month, a dedicated team of students and postdoctoral fellows collects water samples from the site.

Video about our work at SPOT

While we’re focused on the microscopic organisms, we are sometimes visited by larger members of the marine ecosystem, such as curious whales (see photo below). Team members process the samples back in the lab, late into the night. Perhaps the hardest part of this effort is agreeing on what type of take-out food we’ll order to keep ourselves fueled.

Previous work at SPOT has applied DNA sequencing tools to catalog the changes in the cellular microbes using a marker gene found in all of life — the 16S/18S ribosomal RNA gene. The net result: the prokaryotic community exhibits regular seasonal patterns such that one can confidently predict the month of the year from which a sample was collected based on the proportions of the different prokaryotes present in it. However, it is more challenging to track the patterns of the viruses since they are more diverse and lack a similar universal gene. We therefore have turned to metagenomic techniques, sequencing the collective genes of all the viruses. The starting point for this research was borne out of a research proposal that Nathan Ahlgren wrote as postdoctoral fellow at USC to the Community Sequencing Program at the Department of Energy’s Joint Genome Institute. Dr. Ahlgren is now an assistant professor at Clark University. We were fortunate to have our project selected, in part due to the JGI’s increasing interest in research on viral communities. The project was originally selected to sequence three years of monthly SPOT viral DNA samples, but after a conversation with our project managers at the JGI, they saw the value of processing a larger set of samples and agreed to sequence full five years of monthly samples.

Once the data came back, we went hard to work at analyzing the 5.2 billion DNA sequences. J. Cesar Ignacio-Espinoza, a postdoctoral researcher at USC, had previously explored how marine viruses differ over a large set of globally distributed samples from the Tara Oceans project. Ignacio-Espinoza has now applied those same skills and tools to study how viruses change over time at this one location. We identified close to 20,000 virus contigs (DNA sequence fragments) that we used as a proxy for viral “species” that we can reliably track over time, but there probably are thousands to millions of other viral species that only appear ephemerally or at low abundance. We found that the overall viral community changes cyclically over the year, likely following the seasonal patterns we already know exist for the cells they infect.

The more exciting results, however, came when we looked at fine-scale genetic variations within each viral species. Finely resolved variants, or strains, within species appear for only a few months before they are replaced by a new strain and then another and so on, much like persistent swells that continually pass over the SPOT site.

One example from our study of continually changing variants within one viral “species” at SPOT. Each line represents the amount of shared nucleotide sites through time using one date as the reference point. The colored lines highlight a few randomly selected examples. The data indicate that variants appear to be abundant for a short window of time but are successively replaced by other strains.

This apparent continual replacement of viral strains was strikingly consistent with the Red Queen Hypothesis, a prominent model in virology and evolutionary biology more broadly. This theory predicts a continual turnover in hosts and viruses due to the emergence of host strains resistant to infection followed by emergence of new viral strains that can overcome the resistant hosts, and so on. The Red Queen Hypothesis is named after the Red Queen’s race in Through the Looking-Glass, where Alice and the Red Queen run faster and faster only to remain fixed in the same spot (pun intended). While Red Queen dynamics have been demonstrated in laboratory studies of simple communities of viruses and hosts, this work provides some of the first compelling evidence that the process is occurring in complex natural communities. So, like the example of Alice and the Queen, it seems that each viral species may remain relatively constant over time (staying in the same place) while there is a myriad of constantly changing strains within species (running faster and faster). Similarly, the students who process and analyze the SPOT samples change over the years (along with our tastes in take-out food), but the overall mission remains the same—to study the change in microbial communities over time. And unlike Alice and the Red Queen, though, the science is continually moving forward.

Depiction of Alice and the Red Queen in the Red Queen’s race from Through the Looking Glass (Alice in Wonderland). (Image by John Tenniel)

Looking forward, we’re excited to see what other interesting patterns are lurking in this immense viral dataset. It remains to be seen if the continual overturn in virus populations represents the evolution of new strains, the reemergence of “older” strains from a large, diverse pool of existing viruses, or some combination of both. There is important work ahead to examine concomitant changes in the viruses and the respective host communities. Our hope is also that these metagenomes will provide a valuable resource to other researchers interested in understanding changes in natural microbial communities over time. 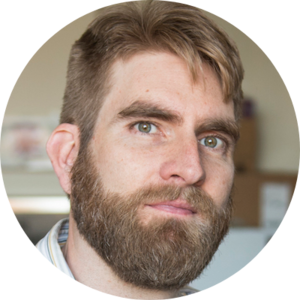