Is there any rapid testing available for diphtheria?

I was waiting for the Medical Superintendent to get his signature in a few documents. He rushed into his room with pale face and asked me, without any formal greeting…“is there any rapid testing available for diphtheria”?  I thought for a while and said “No Sir, but why now”?. He asked me to follow to the isolation ward of the Infectious Diseases Hospital and we saw a girl patient, around ten years old, with swollen neck, breathing by whistling sound. The doctor attending her said she was in an acute state of diphtheria with cardiac problems. In such a state, even the diphtheria antitoxin (DAT) would not work. He added that most patients are admitted in such an acute condition, and among them, one third may die despite being managed with the best available treatment. I stood in silence, perhaps witnessing another death.

Diphtheria is rarely reported in developed countries and hence the clinicians are less experienced in the disease management. In many instances, the diagnosis of diphtheria has not been made in mild cases, as the membranous pharyngitis could be caused by other organisms as well and this may cause a dilemma for the clinicians. In addition, the benefits and risks of DAT treatment have to be carefully considered on a case-by-case basis.

In spite of the remarkable advances, diphtheria still remains a health problem in several countries with large number of deaths. Controlling this disease takes substantial effort. Although the global incidence of diphtheria has declined significantly due to extensive vaccination coverage, the disease remains endemic in many countries. Diphtheria has been referred to as 'the strangling angel' due to the formation of psedomembrane that grows inside the throat and nose that obstructs the patients to breath. Diphtheria toxin (DT), which is an A-B toxin linked by disulfide bridges, is mainly produced by Corynebacterium diphtheria and sometimes by C. ulcerans and C. pseudotuberculosis. Due to the spread of DT to different organs through blood and lymphatic vessels, several systemic complications occur, including acute cardiac failure and severe neuropathy.

A trivalent vaccine for diphtheria, tetanus, and acellular pertussis (DTP) is available that can protect against diphtheria during childhood. Booster doses of toxoid are recommended for adults, though this is not being followed as obligatory vaccination. Administration of DAT and antibiotics are effective in patients with typical disease symptoms. Sadly, vaccines are becoming a victim of their success due to antivaccination campaigns.

DT-producing corynebacteria carry the structural gene tox, which is acquired from lysogenic corynebacteriophages and regulated by a gene (dtxR) is on the bacterial chromosome. Toxigenic C. ulcerans and C. pseudotuberculosis are emerging using this mechanism.

As shown in Fig. 2, the R-domain binds to a cell surface receptor, permitting the toxin to enter the cell by receptor-mediated endocytosis (stage A). A pH-induced conformational change in the T-domain triggers insertion into the endosomal membrane and facilitates the transfer of the C-domain into the cytoplasm (stage B). The amino-terminal C-domain blocks protein synthesis by transfer of ADP-ribose from NAD to a diphthamide residue of eukaryotic elongation factor 2 (stage C). Due to the spread of DT to different organs through blood and lymphatic vessels, several systemic complications occur.

Global access of DAT seems arduous due to low production, low market demand and rapid consumption in endemic settings. The historic serum run from Nenana to Nome in Alaska had saved thousands of Alaskan Natives from a community outbreak of diphtheria during 1925. For this noble cause, the diphtheria antitoxin was transported by dog sled relay partaken by 20 mushers and about 150 sled dogs covering more than 600 miles in five days. This true story imparts how the infections can be managed even under difficult situations to save the lives the best way we can. Unlike those days, the challenges are now different. Hopefully, with our review article (https://www.nature.com/articles/s41572-019-0131-y) the knowledge we have consolidated helps power future studies and eventually helps to eliminate diphtheria in endemic settings.

Back to Nat Rev Disease Primers 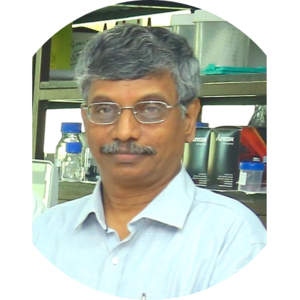