Archaea, one of three domains of life, rotate archaella for swim. How periplasmic components of archaellum contributing to motility is not clear.

Archaea have significant impacts on microbial diversity and evolution [1,2] as well as human health [3]. They possess the conserved fla genes (flaF, flaG, flaH, flaI, and flaJ) for the assembly of archaella (formerly named archaeal flagella) that are responsible for movement and adhesion despite their diverse range of cell-surface structures [4]. Archaea rotate archaella to find food or escape from dangers resembling bacterial flagella system. But unlike the bacterial flagellum, the archaellum assembly machinery is less-defined, and its overall architecture is similar to type-IV pili (T4P). As the efforts have been made primarily on cytoplasmic motor components of archaellum previously, we sought to enlighten the periplasmic components of the archaellum. Our hypothesis was that the archaellum would comprise of a stator component to be able to generate torque.

In 2015, we were excited to publish the crystal structure of FlaF soluble domain from Sulfolobus acidocaldarius, and show that the Ig-fold structure dimerizes through hydrophobic interface critical for motility [5]. We demonstrated that monotopic membrane protein FlaF interacts with S-layer, suggesting FlaF is located in the periplasmic side. Our evidence supported the hypothesis that FlaF may function like a stator protein. We kept thinking whether FlaF interacts with other components for its function. FlaG is the protein of interest because it is one of the conserved fla genes with unidentified function and localization. Unlike FlaF, FlaG was more problematic in terms of stability and purification. However, we found FlaG is more stable at high pH 10.5 or low pH 3 condition which helped to resolve the purification issues. Our preliminary binding data using MicroScale Thermophoresis showed FlaF interacts with FlaG with a binding affinity ~ 10 uM that was the first sign for their interaction (Fig. 1a). This was further supported by the FlaF dimer disrupting mutant I86K that disrupts the FlaG and FlaF interaction (Fig. 1a). Simply mixing both proteins cannot generate the stable complex nor protein complex crystals. By addition of ammonium sulfate to precipitate one protein followed by resuspension with the other protein then did the trick to generate stable FlaG-FlaF complexes and protein crystals (Fig. 1b). We were surprised to see that FlaF interacts with FlaG through the same binding interface resembling the FlaF dimer, supporting that the FlaG-FlaF complex is a critical unit for motility and archaellum assembly.

Figure 1. FlaG forms complex with FlaF. a) The binding affinity of FlaG and FlaF soluble domains was measured by MicroScale Thermophoresis. Fluorescent-labeled sFlaG was titrated with sFlaF variants. Mutant I86K of sFlaF was titrated and showed that residue I86 is critical for binding to sFlaG. b) The protein crystals of sFlaG-sFlaF complex.

For S. acidocaldarius FlaG-FlaF, we never observed higher oligomers than the hetero-tetrameric complex described above. However, in order to reach from the membrane to the S-layer (~18 nm), the height of a single tetramer ( ~4.5 nm) would not be sufficient, hence we proposed that the proteins might be able to form a filament. Upon purification of FlaG from Pyrococcus furiosus, we indeed found the protein forming curly filaments of variable length using electron microscopy.
More strikingly, we observed FlaF can stop the FlaG filament formation via “capping”. Since FlaF interacts with the S-layer, it is plausible that FlaF caps FlaG filament and connects to S-layer that bridges between cytoplasmic membrane to cell surface. Our evidence shows that Sulfolobus cells with archaella but lacking of S-layer cannot swim, suggesting the need for stator component to enable movement. Therefore, we summarize the facts to support the idea that archaea need a stator-like component for their movement.

1)    Rotating motors need a stator against which the rotary parts can push to allow torque generation.
2)    In bacterial flagella, the rotor turns against the stator, composed of MotA-MotB. MotA-MotB are immobilized by MotB binding to the peptidoglycan cell wall.
3)    The soluble domain of FlaF binds to the S-layer and therefore could represent an archaellum stator that acts analogously to the bacterial stator.
4)    The cells lacking the S-layer are able to assemble filaments, but are not able to swim which might be due to the lack of torque.
5)    The presence of FlaG and FlaF is restricted to archaella, while all other (archaeal) type IV filaments are functioning without them. This is consistent with our stator hypothesis, as the archaellum is the only rotating type IV filament and therefore the only one that needs a stator for exerting its function

In contrast, we think it is unlikely that the FlaG-FlaF complex would serve as an alignment complex as seen in bacterial T4P system [6]. First, since most Archaea lack an outer membrane, therefore they have no need to align the inner membrane with a hypothetical secretin complex; second, the archaellum is not retracted to exert its function; third, it was shown before that the archaellum motor ATPase FlaI is recruited to the membrane, likely via interaction with inner membrane protein FlaJ [7] rather than by any interaction with the FlaG-FlaF complex; fourth, FlaG forms filaments, a mode of assembly that has not been described for any alignment complex (component). However, our structural and functional data suggest that FlaG-FlaF may interact with the archaellins transiently during assembly at the membrane since the FlaG-FlaF complex disrupting mutant impairs archaellum formation. This could be consistent with a function potentially analogous to a minor archaellin to help initiate archaellar assembly. Indeed, minor archaellins and minor pilins also exist in Archaea [8]. However, these proteins all have an N-terminal class III signal peptide, a defining characteristic of the T4P protein family [9]. FlaG-FlaF do not harbor such a signal peptide, and therefore we believe that they cannot logically be considered as a true minor archaellins. Moreover, we were able to show that FlaG is processed in PibD protease-independent manner, which emphasizes the standalone role of FlaG-FlaF among archaellin-/pilin-like proteins. FlaG-FlaF are exclusively found in archaella and other type IV pili in archaea, and bacteria do not require FlaG-FlaF homologs for initiating assembly. Last, S-layer protein SlaA knockout cells cannot swim, although they still have intact archaella. In sum, our data support the idea that conserved FlaG-FlaF complex plays the stator-like role to enable the archaellum motility. 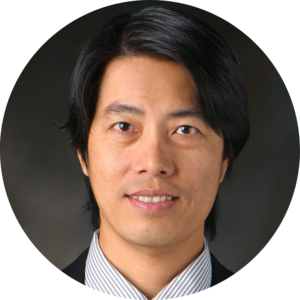