HIV/AIDS continues to be a major global public health issue with estimated 37.9 million people living with HIV and 1 million HIV-related deaths in 2018 (WHO). HIV infects CD4+ T cells, resulting in their death which subsequently leads to AIDS. CD4+ T cells play an essential role in the adaptive immune system and the depletion or loss of function of these cells result in the failure of the immune system to fight infections. Effective HIV treatment has enabled HIV infected patients to live longer than ever before. However, HIV cure remains elusive and it is unclear why successfully treated patients develop inflammatory diseases at a younger age than the general population.

HIV infects different cell types but replicates more efficiently in CD4+ T cells. The virus enters the cells by binding to the receptor CD4 and the co-receptor CCR5 or CXCR4 which are required for membrane fusion. The choice of co-receptor depends on the tropism of virus. Some virus can utilize CCR5 and other CXCR4. Similarly, some T cells have both co-receptors, and some have only one. In the lymph nodes, HIV infected cells can get in close contact with uninfected CD4+ T cells forming structures called virological synapses across which the virus is transferred to endosomes. If the target cell does not express the appropriate co-receptor, the virus fails to fuse from the endosomes and is subsequently destroyed. This mechanism of infection was thought to be a “dead-end” pathway for the virus.

The hypothesis in the article was based on a simple idea. Since HIV can enter endosomal compartments in CD4+ T cells, we thought that maybe there is a receptor in the endosome that can detect the virus. Toll-like receptors 7 and 8 (TLR7/8) came to mind because they are located in the endosome and can recognize single stranded RNA (ssRNA) of which the HIV genome is made. Literature search showed that HIV is detected by TLR8 in macrophages, so we thought that this mechanism might be similar in CD4+ T cells. However, there was one problem with this theory. The established consensus is that TLRs are innate receptors and mainly present in innate immune cells such as macrophages and dendritic cells, and not adaptive immune cells. There was no concrete evidence in the literature that CD4+ T cells express TLR8. So, we decided to find out. We found that indeed primary CD4+ T cells express TLR8 and respond to TLR8 synthetic ligands. Our hypothesis was back in business!

We went on to show that when HIV is blocked in the endosomes of CD4+ T cells, the viral ssRNA activates TLR8 leading to increased secretion of inflammatory cytokines such as IL-6. In addition, TLR8 activation promotes CD4+ T cell differentiation into the inflammatory T-helper cells Th-1 and Th-17.  Finally, TLR8 stimulation accelerates viral replication in infected cells and re-activates latent virus in HIV reservoir T cells which are widely considered a barrier for a successful cure. Reversing HIV latency is a key step in a cure strategy known as “shock and kill” where reservoir cells are induced to produce virus and consequently detected and killed by the immune system. We think that TLR8 synthetic ligands can play a role in a successful HIV cure, but much more work is needed to test this hypothesis. 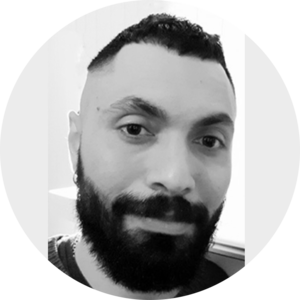