Oceans are arguably the most emblematic of the defining features of our blue planet. Being the largest biome on Earth, Oceans host a considerable variety of life forms, most of which are microbial. Although small, marine microorganisms account for most of the ocean biomass and play essential roles in the functioning of the biosphere: e.g. they produce 50% of the oxygen in Earth’s atmosphere and are key players in the transformation and storage of carbon in the ocean. Over the last two decades, large ocean-sampling initiatives (e.g. The Global Ocean Sampling Expedition, The International Census of Marine Microbes, The Tara Ocean Expeditions), with the help of next-generation DNA-sequencing technologies, have tremendously expanded our knowledge of the identity and potential ecological function of the myriad of microorganisms residing in marine waters. Although much of the biology of planktonic microbial communities remains to be elucidated, even less is known about benthic microorganisms (i.e. those inhabiting marine sediments), which, comparatively, have received little attention up to now. In our most recent study, we report results indicating that the candidate gammaproteobacterial order Woeseiales – a group of bacteria seemingly unnoticed until recently – forms a large part of marine benthic microbial communities worldwide and is likely to be involved in the cycling of protein-containing organic matter.

Back in spring 2015, I was starting a new job as a senior scientist in the ‘Microbial Habitat group’ led by Antje Boetius at the Max Planck Institute for Marine Microbiology (Bremen, Germany) after spending a few months in the Limnology department of the University of Uppsala (Sweden). At this time, the members of Antje’s group were busy working on all kinds of projects investigating the ecology of microorganisms dwelling in deep-sea environments. This scientific effervescence was powered (for a significant part) by an ERC Advanced Investigator Grant that had been awarded to Antje and was aimed at shedding light on the largely unexplored reservoir of microbial life forms, which live in the vast and remote expanse of the Deep Sea. During my initial year in Bremen, one of us (Christina Bienhold) was wrapping up a study addressing the composition of bacterial communities in deep-sea surface sediments (i.e. 0-2 cm below the seafloor surface) recovered from all major ocean basins [1]. Christina and her co-authors had observed that the composition of these microbial communities is highly variable and that only a small number of bacterial groups appeared to be truly cosmopolitan. The most prominent of these cosmopolitan groups was the “JTB255-Marine Benthic Group” (or JTB255 for short), which had been previously named in reference to a 16S rRNA gene clone (i.e. the “Japan Trench Bacterium clone number 255”) recovered from cold-seep sediments [2]. This uncharacterized group of bacteria had sparked the interest of Antje and Christina, who were now supervising a PhD student (Katy Hoffmann) working on these microorganisms.

However, through casual discussions with colleagues within the institute, it had become clear that we were not the only ones having an interest in JTB255. Marc Mußmann (then at the Department of Molecular Ecology led by Rudi Amann) was aware that members of JTB255 were recurrently detected in marine benthic environments, including the seafloor of shallow seas. Further, he had realized that a bacterial strain recently isolated from coastal sediments and named Woeseia oceani XK5 [3] was a likely member of JTB255 [4]. This and several additional observations suggested that JTB255 should be provisionally classified as a novel candidate order named Woeseiales [5]. While Marc and his PhD student (Stefan Dyksma) were making progress towards elucidating aspects of the metabolism of Woeseiales bacteria present in coastal sandy sediments of the Wadden Sea [4, 6], I joined Katy, Christina and Antje in their investigation of Woeseiales bacteria inhabiting deep-sea sediments.

In the initial stage of our project, we were wondering whether members of Woeseiales are highly diversified and, especially whether Woeseiales bacteria present in deep-sea sediments are distinct from those in coastal sediments, considering that the regimes of nutrient supply to the coastal margins and deep seafloor differ markedly. Searching through the literature and DNA sequence repositories, we noticed that a wealth of information about the environmental distribution of Woeseiales bacteria had accumulated in public databases since the first mention of JTB255 in 1999. We thought that a synthesis of these data would be highly valuable to answer some of our questions and would provide a useful resource for researchers investigating marine benthic microbial communities. Combined with newly generated data, our synthesis revealed that: (i) Woeseiales accommodates a variety of distinct lineages, (ii) members of Woeseiales do not only occur in marine benthic environments but also in marine waters, saline soils and saline lakes, (iii) deep-sea sediments appear to host more Woeseiales taxa than coastal sediments (iv) many of the Woeseiales taxa in deep-sea sediments appear only rarely in coastal sediments and vice versa (see [5] for details).

While working on this ecological synthesis, we were performing (at the same time) a survey of Woeseiales cell counts in deep-sea sediments using fluorescence microscopy (we were fortunate enough to have access to sediment samples collected from 23 locations distributed across all major ocean basins). We evaluated that, on average, there are 40 million of Woeseiales cells in a single milliliter of sediment (approx. 5% of all visualized cells, in good agreement with values previously reported for coastal sediments [6, 7])! It had become clear that Woeseiales bacteria are a major component of marine benthic microbial communities on a global scale. Some of the deep-sea sediment samples we collected in the Arctic Ocean at the Long Term Ecological Research Site HAUSGARTEN in 2014, had especially high counts of Woeseiales cells (> 100 million cells per mL). To complement our study, we decided to apply single cell genomics and metagenomics approaches to one of these samples in order to get a first look into the metabolic potential of the members of Woeseiales present in these sediments. The partial genomes we recovered were derived from organisms that are more closely related to the heterotrophic strain W. oceani XK5 than those that Marc Mußmann and Stefan Dyksma were targeting in coastal sediments. Marc and Stefan inferred that the latter were facultative autotrophs, i.e. capable of forming biomass from CO2 in the absence of an organic carbon source [4, 6]. Nevertheless, a comparison of the partial genomes recovered by our team and that of Marc Mußmann with the complete genome of W. oceani XK5 suggested a shared ability for protein degradation (W. oceani XK5 grows on a peptide-containing medium). Considering that a large fraction of proteins in deep-sea sediments is refractory, could it be that members of Woeseiales are involved in the slow degradation process of refractory proteins? For now, we cannot tell for sure but research on Woeseiales bacteria goes on in the team of Marc Mußmann  at the Division of Microbial Ecology of the University of Vienna and in my own team at NIOZ (The Royal Netherlands Institute for Sea Research). 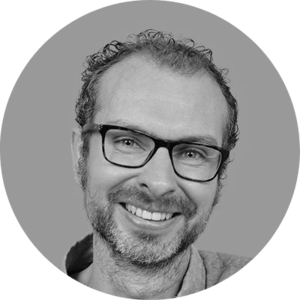 I am interested in characterizing the habitat of microorganisms and elucidating their lifestyles. Currently, I'm investigating the physiology, ecology and adaptations of marine gammaproteobacteria.
Follow