Our paper, published this week in Nature Communications, shows that influenza viruses are transmitted via the air from the nasal respiratory epithelium of ferrets.

Everybody knows the flu. It is what keeps you home for a week in winter times, in bed with the chills, a cough and a snotty nose. You got it from your dears, from your colleagues or from a stranger in the metro. Flu is caused by influenza viruses, which transmit from an infected person to a non-infected person via the air. Although influenza viruses are among the most studied respiratory viruses, there are still a lot of unknown about how they transmit. Among these unknowns is the part of the respiratory tract, and more precisely the tissue, from which influenza viruses are expelled to travel via the air and infect other people.

We started to collaborate with Dr. Anice Lowen, Emory University, who studies the reassortment of influenza viruses (exchange of genetic material between two influenza viruses) using genetically tagged viruses. These viruses can be tracked as they have different genetic “bar codes” but yet have an undistinguishable behaviour. We thought of using these tagged viruses to hit two birds with the same stone: understanding how viral tropism would restrict reassortment (resulted in a joint publication which can be found here) and understanding where in the respiratory tract influenza viruses are generated for transmission.


Finally, we sought to determine the relevance of these findings for humans. We used primary human nasal cells isolated from people who underwent nasal polypectomy. Through contact with the air (like the cells in our nose are), these cells differentiate to form a “mini-tissue”: a 3D epithelium with multiple layers of different cell types, similar to the ones found in our nose. There are the "hairy" cells, epithelial cells which have cilia, tiny “hairs” that help moving the mucus around (it is actually possible to see the cilia beating through the microscope). There are the “snotty” cells, the goblets cells that produce mucus (it is actually possible to harvest mucus from these cultures). And finally, there are the basal cells that are like “reserve” cells that can differentiate into epithelial cells or goblet cells upon damage to regenerate the epithelium. We infected these cells with human influenza viruses (which transmit via the air) and avian viruses (which do not transmit via the air). Similar to our results in ferrets, the human influenza viruses infected abundantly the human nasal cells and the avian influenza viruses did not. These results suggest that the nasal respiratory epithelium is also important for the generation and expulsion of influenza viruses in humans.

The results of our study bring an additional fundamental understanding of how influenza viruses transmit, which is crucial to develop intervention strategies to prevent influenza virus transmission, for instance in health care settings. Based on this work and previous work, we propose a model of how influenza viruses transmit: influenza viruses are expelled from the nasal respiratory epithelium of the donor and are deposited in the oropharyngeal cavity of the recipient. Virus replication is then initiated in the oropharyngeal cavity of the recipient after which the virus spreads to the nasal respiratory epithelium, from where it can be expelled for onwards transmission via the air. Should this model be correct, simple measures that target the URT to block transmission of influenza A viruses could be implemented in health care settings. 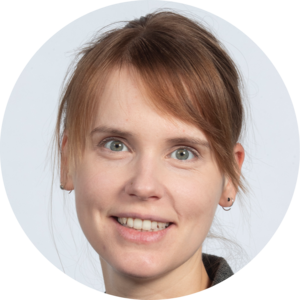 Ben Johnson
over 1 year ago

I love the tree lungs image! Great study too