In current work, we apply a multi-omics approach in a T2D mouse model to investigate the link between Intermittent fasting (IF), T2D-associated cognitive defects and gut-brain axis, finding that IF alters the gut microbiome and improves metabolic phenotypes that correlate with cognitive behavior.

The eating pattern of humans, or Homo sapiens, has been recently altered by the Scientific, Industrial, and Agricultural Revolutions. Fasting times of modern humans have been markedly shortened by the light bulb, not to mention reliable and plentiful food supplies. Vaccine and antibiotics have prevented plagues. However, refined grains and the light have disrupted long-standing circadian rhythms inherent to our energy metabolism and gut micro-ecosystems. One result of a metabolism primed to hoard calories, diabetes, now has risen to top listings of common chronic killers and is rapidly growing globally, especially in China in the recent four decades. Reports indicate that the national prevalence of diabetes was 10·9%, with over 141 million Chinese suffering from diabetes. Diabetes has emerged as one of the prime suspects causing dementia such as Alzheimer's' Disease, given that drugs developed to attack neurofibrillary tangles have failed in their earlier promise.

Between 2013-2015, I performed research at the University of Southern California as a joint Ph.D., mentored by Dr. Enrique Cadenas to investigate the link between dietary patterns and cognitive function. We uncovered a pattern between high dietary fat and impaired insulin signaling and glucose metabolism affecting both peripheral organs and the brain. Later in 2016, Dr. Xuebo Liu and I focused our efforts on clarifying the benefits of intermittent fasting on obesity and diabetes.

Out of the Box

Intermittent fasting has emerged as an effective dietary strategy for control with added metabolic benefits. We extended that knowledge by demonstrating that short-term, intermittent fasting not only ameliorates diabetes, but improves the cognitive deficits induced in our experimental diabetic mice. Still, the underlying mechanisms remained seemingly sealed in a black box. Our assembled colleagues, Drs. Zhao of the BGI Institute of Applied Agriculture, Lin Shi of Chalmers University of Technology, and Fei Yin of the Center for Innovation in Brain Science, University of Arizona, came together to apply a multidisciplinary approach - hoping to shed additional light upon the physiologic changes taking place during intermittent fasting.

We knew dietary patterns, especially re-establishing a fasting pattern would shake up the eco-system of diabetes. This time, though, we have been using the technology tools of multi-OMICs that are, 16S rRNA sequencing and to reach underlying insights. Historically, the platform of the BGI Institute of Applied Agriculture has a comprehensive suite of OMIC's and thereby is well placed to gather the data we needed. While the crucial role of gut microbes in human host health has only recently been established, figuring out how, requires OMIC tools, which have only recently invented. Data synthesis of different OMIC's signatures can clarify the complex interplay between changing, gut microbial populations, and transcriptional profiling in the hippocampus. "Could we provide a comprehensive picture of the evolving changes occurring with intermittent fasting, showing how it improves diabetes-induced cognitive impairment?", Dr. Shi. Thus we jointly collaborated to shed understanding upon the effect intermittent fasting had on the -metabolites-brain axis. The combined tools of multi- enabled us to link cognitive function to gut microbial changes, and those changes in microbial metabolites during the intermittent fasting period. We uncovered evidence that direct and indirect microbial metabolites generated during intermittent fasting boosted brain energy metabolism in diabetic mice. That chain of causality was re-affirmed in our subsequent experiments.

More data may be better. However, the complexity of biological systems, the large number of variables with distinguishing characteristics, and the relatively low number of biological samples still pose a challenge for the statistical interpretation of OMICs data. Dr. Shi, and her mentors, Prof. Rikard Landberg and Associate Prof. Carl Brunius, at Chalmers University of Technology have put forth their efforts to innovate new algorithms to address OMICs Data. We think their efforts have identified the most relevant OMIC's signatures, those amenable to. One example would be the development of an open-source tool ‘MUVR’ used in the current study. MUVR, in our hands, seems to demonstrate and validate a robust relationship between gut microbiota, transcripts, and microbial metabolites and intermittent-fasting treatment. In a continuing hope to extract biologically meaningful information of clinical relevance using OMICs technology, we are striving to develop and improve upon statistical methods and provide a user-friendly platform.

In the future, we intend to push forward the frontier of knowledge of intermittent fasting where it impacts nutrition and metabolism. Our nutrition teams at the Northwest A&F University and BGI Institute of Applied Agriculture plan to translate intermittent-fasting research results into practice. By leading product development and relevant science education, we hope to create an enduring benefit from intermittent-fasting.

Dr. Zhigang Liu now is an Associate Professor in the Northwest A&F University in China, and is also a Visiting Associate Professor in the Department of Food Science, Cornell University. He has been working as a visiting scholar at the University of Southern California under the mentoring of Dr. Enrique Cadenas. He now gets the sponsored from Alexander von Humboldt Foundation in Germany working on the effects of dietary restriction on cognitive behaviors, cooperating with Dr. Tilman Grune. His research interests focus on finding the nutritional intervention strategy on brain aging and neurodegenerative diseases such as AD and PD, by linking the system energy metabolism with synaptic plasticity in the brain. 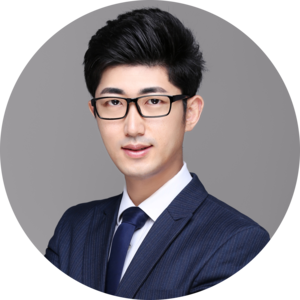 Dr. Zhigang Liu now is an Associate Professor in the Northwest A&F University in China, and is also a Visiting Associate Professor in the Department of Food Science, Cornell University. He has been working as a visiting scholar at the University of Southern California under the mentoring of Dr. Enrique Cadenas. He now gets the sponsored from Alexander von Humboldt Foundation in Germany working on the effects of dietary restriction on cognitive behaviors, cooperating with Dr. Tilman Grune. His research interests focus on finding the nutritional intervention strategy on brain aging and neurodegenerative diseases such as AD and PD, by linking the system energy metabolism with synaptic plasticity in the brain.
Follow