And on the 7th day MORC said let there be sperm!

What is the On/Off switch of sexual differentiation?

Toxoplasmosis is not a third world country parasite. With about 60 million people being infected in the US alone, it is known as the cat poop parasite. But the problem goes beyond your pet; this parasite has the power to differentiate into a ferocious brain cell-eating version of itself, and that would occur within immune-weakened individuals such as AIDS patients and transplant patients.

The aforementioned differentiating power has been an enigma, especially after taking into consideration the molecular properties of this unicellular organism withholding a tightly compacted genome that is huge in comparison to its tiny body size!

Differentiating from one form to the other allowed this parasite to thrive and persist through millions of years; for example when it finds itself threatened by the immune system and has to escape into the brain. Yes: dinosaurs had Toxoplasma hiding in their brains! Just kidding.

What tells the parasite that this is the right time and place to switch from its current form to another, more suitable for its persistence in this or that environment?

We have found this MORC protein, which is much conserved across eukaryotes - so yes: go check in your organism- to control this switching capacity!

MORC would not be acting alone though; it’s leading an army of multiple proteins all working together to tightly regulate the switching. These include a potent histone deacetylase and many transcription factors.

So how does MORC shape the transformation of the parasite into another form? It happens at the level of gene expression regulation. In the same vein as you are carrying the same DNA in all your cells whether they are liver cells or bones cells or hair cells, and yet every cell knows its fate due to the set of specific genes that are only expressed within this type and not the other. And that is exactly how MORC is acting, while mostly holding an OFF switch instead of an ON switch. In other words, MORC suppresses the expression of genes that are specific to other forms of the parasite. Genes which, if they were to be turned on, would carry the parasite into a form that is not the most suited for the environment it is facing at that moment.

And then sperm happened!

While studying the differentiation into the brain cell-eating form, we stumbled upon many genes that were specific to the sexual forms of the parasite. Yes: the whole parasite becomes a sperm; and you thought you were special!

By knocking down MORC protein, and thus eradicating its suppressive powers, we managed to unleash the expression of hundreds of sexually related genes and thus we were able for the first time to study in detail what is happening within the cats guts, the only place where the sexual differentiation would normally occur, yet now we managed to make it happen in our lab flasks.

With MORC’s supervision gone, our little parasite has to decide what trajectory is the best for its survival: eat brains or have sex?

Check our latest paper on MORC to see how the parasite will answer to this last call! 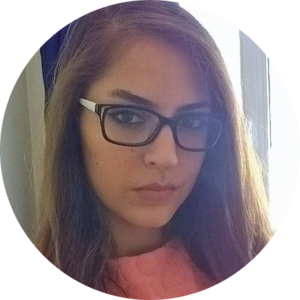