One of the most studied epigenetic switches in nature is the white to opaque switch in the fungal commensal/pathogen Candida albicans and its two most closely related species, Candida dubliniensis and Candida tropicalis. This morphology switch was first discovered serendipitously when researchers observed yeast colonies on a plate forming 'sectors' with a duller darker texture, which they termed ‘opaque’, largely because compared to the ‘white’ basal cell type, which form shiny colonies, these sectors were dull in colour. This morphology switch was unusual in fungus because it involves a switch from a yeast morphology to a completely physiologically different yeast morphology, which is stable almost indefinitely under the correct growth conditions. In the following decades, it was established that opaque cells have many unique functions compared to white cells, probably the most important being that they are the mating competent form of C. albicans. Substantial study has gone into to the transcription factor networks which stabilize each cell type, as well as their role in pathogenesis and commensalism. It has been speculated that this variety of yeast to yeast morphology switching is unique to these species, and possibly a specific adaptation to life in the host.

Having worked on C. albicans morphology switching during a post doc at UCSF, I learned a lot about how the system works. At Renaissance BioScience, I was using the yeast Torluaspora microellipsoides as a tool for studying horizontal gene transfer in yeast, as this species has recently donated ~60kb of genomic material to many commercial wine strain genomes. This species is very divergent from C. albicans, in the order of many millions of years, and is an environmental yeast occasionally found in beer or wine fermentations. So, it came as a surprise to me to see colonies of this species, which grow as shiny white colonies similar to C. albicans white cells, start to form dull darker textured sectors, very similar in appearance to the white to opaque switch. Given the substantial interest in this area, I figured that characterizing these cells would be in order. After going through the standard characterization methods (genome sequencing, mRNA-seq, phenotypes etc.), it became evident that while macroscopically similar to the C. albicans white to opaque switch, the transcriptome and cellular functions of T. microellipsoides opaque cells are quite different. The point of this paper from my perspective, is that this general type of morphology switch also exists in this completely divergent environmental yeast species. I would speculate it probably also exists in lots of other yeast species, however is probably missed because it may either be ignored by researchers who have no idea what it is, or it may be cryptic and only happens in certain conditions, like switching in some C. albicans clinical isolate strains.

While I enjoyed publishing this work, it is not a main prerogative at Renaissance BioScience, so if there are researchers in the community interested in further studying morphology switching in this species, give me a shout! 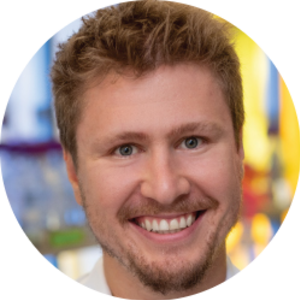