A changing view of the vaginal microbiome: The more, the merrier

Although amplicon sequencing has provided insight into the composition of the vaginal microbiota, advanced sequencing strategies are needed to study the role of vaginal microbiome in women’s health. Our latest research describes a resource that will help researchers analyze vaginal omics datasets.

The community of microbes (microbiome) that inhabit the human vagina is thought to play critical roles in health and diseases, but current knowledge of the genetic and functional diversity of these microbiomes is still limited. Extensive studies that relied on 16S rRNA gene sequencing have been able to define the composition and the structure of vaginal microbiota, and surprisingly, these microbiota cluster in different types that are characterized by specific bacteria and their abundance. Unlike in the gut, low diversity in the vaginal microbiota, and even dominance by species of Lactobacillus (i.e., L. crispatus, L. gasseri, L. jensenii, and L. iners) is considered optimal, while high diversity and the presence of a wide array of strict and facultative anaerobes are associated with non-optimal states. Optimal states can afford protection against sexually transmitted infections acquisition, including chlamydia, gonorrhea, and HIV, among others. The mechanisms by which this protection is achieved is unclear, but the production of lactic acid and ensuing lowered pH appear to be involved. This compositional view of the vaginal microbiota has led to an incomplete picture of the role of these communities, one that is only defined by its membership and not its function. Metagenomics and metatranscriptomics are two approaches that afford a functional view of a microbiome. However, the analysis of these large complex datasets is computationally intensive. To facilitate these analyses, we have developed VIRGO, a non-redundant gene catalog for the vaginal microbiome that enables fast and accurate characterization of metagenomic and metatranscriptomic datasets. VIRGO is particularly useful for users with limited computational skills and those who want to analyze a large volume of sequencing data and have limited access to computing infrastructure.

The VIRGO catalog contains close to 1 million non-redundant genes, each annotated with the name of the bacterium that carries it and its function, affording a composition and functional characterization of vaginal microbiomes.  To put this into perspective, the latest non-redundant gene catalog for the gut microbiota contains about 23 million genes, highlighting the lower complexity of the vaginal microbiota. We have estimated that VIRGO contains over 95% of all the genes found in vaginal microbiomes. VIRGO is thus comprehensive and applies to populations from North America, Africa, and Asia and possibly other geographical regions. We hope that VIRGO and its associated analytical framework will help standardize the analysis and interpretation of large metagenomic and metatranscriptomics datasets. We have made VIRGO and its related files freely available at http//:virgo.igs.umaryland.edu.

We have demonstrated the utility and power of VIRGO in analyzing over 1,500 vaginal metagenomes. In doing so, we discovered that vaginal bacteria are more genetically diverse than initially thought, meaning that each woman certainly carries her personalized version of these bacteria. More importantly, we found that optimal vaginal microbiota dominated by Lactobacillus species are made of several strains of the same species. This finding is somewhat of paradigm changing, as it moves the field away from the idea that a single strain of Lactobacillus, for example, is responsible for an optimal microbiome. We believe that each strain brings a unique function to the community, and the combination of these strains is what defines the strength of the protective properties of the optimal vaginal microbiota, likely by also affording functional redundancy.

While we are already at work developing version 2.0 and expanding VIRGO, we are already applying VIRGO to better understand the role of the vaginal microbiome in conditions such as bacterial vaginosis, sexually transmitted infections, and adverse obstetric outcomes including preterm birth. At the same time, we are also stepping our efforts to translate our growing understanding of the complexity of the vaginal microbiome into improved clinical biomarkers and treatments. Indeed, these new findings open the door for the development of new rationally designed therapeutics comprising consortia of bacteria that mimic the true diversity of vaginal microbial ecosystems found in optimally protected women. Restoring and optimizing Lactobacillus dominated vaginal microbiomes will help women who suffer from debilitating recurring conditions such as bacterial vaginosis or urinary tract infections, or improve the first line of defense against sexually transmitted infections. 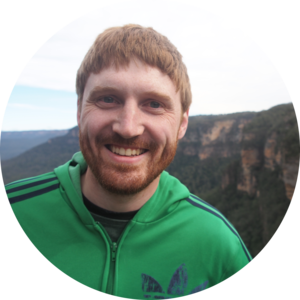