A few microns from the gut to the brain

The terrifying picture of zombie snails under the control of the parasitic worm Leucochloridium paradoxum is an extreme example of microbes affecting host behavior, but this topic is generating more and more attention as the field of human microbiome research increasingly recognizes the impact of gut bacteria on neurophysiology. In our latest research we investigated the influence of bacteria on predatory behavior in the nematode Pristionchus pacificus. Unlike most other nematodes, P. pacificus has teeth-like structures that allows it to predate and kill other nematodes including Caenorhabditis elegans. Nermin Akduman, a graduate student in our lab had previously isolated and characterized a huge collection of bacterial strains from Pristionchus-associated environments. When testing the effect of some of these strains on predatory behavior, she identified two α-proteobacteria, one of which was a strain of the genus Novosphingobium, that were capable of transforming P. pacificus into a superkiller of C. elegans. Specifically, when exposed to this bacterium, five P. pacificus individuals killed around 160 C. elegans larvae within two hours, which is twice the amount of kills when compared to exposure with the standard lab strain Escherichia coli OP50.

The behavioral difference when worms are fed on either E. coli OP50 or α-proteobacteria of the genus Novosphingobium.

Admittedly, there is one major difference between host-microbiome interactions in humans and in nematodes. While the microbiome in the human gut can contribute to the digestion of food and supply micronutrients, most bacteria in the nematode gut are effectively the food. Thus, the behavioral modulation we observe here is most likely a dietary effect rather than through the colonization of the P. pacificus intestine by living bacteria. Nevertheless, with this striking effect we undertook a huge effort to discover how the bacteria alter the behavioral phenotype and create the superkiller worms. We first profiled the transcriptome of worms that were grown on Novosphingobium and compared it to the standard E. coli OP50 diet. Here, we found that more than half of the genes known to be involved in fatty acid metabolism were differentially expressed between the two diets. This was early 2017, and whenever we presented these results in seminars and meetings, we received many different suggestions speculating on what might be causing this behavioral change. This ranged from bacterial sphingolipids affecting the nematode nervous system to stronger growth and enhanced predatory behavior by not wasting energy in the synthesis of polyunsaturated fatty acids, which are absent in E. coli OP50. Attempts to supplement worms with different fatty acids failed, because of solvability issues and because we did not have the metabolomic expertise to monitor how much of the supplemented fatty acids are actually taken up by the bacteria and ultimately end in the worms. Ultimately, we adopted an interspecies systems biology approach that was pioneered by the group of Marian Walhout to study the effect of Comamonas bacteria on the development of C. elegans. Nermin generated transgenic P. pacificus reporter lines that expressed a fluorescent protein using the promoter of one of the fatty acid genes that was previously identified as differentially expressed between the two bacterial diets. This allowed her to use the fluorescence signal in the worms as a dietary sensor to distinguish the type of bacterial diet. She then mutagenized a Novosphingobium strain and screened more than 4000 bacterial mutants to look for any that changed the fluorescence signal of the dietary sensor. From this, she isolated 21 bacterial mutant lines and luckily, the change in fluorescence signal always coincided with an alteration in the killing behavior. By means of whole genome sequencing, we identified mutations in a multitude of pathways including vitamin B12 biosynthesis. As vitamin B12 had been previously identified as a crucial metabolite in C. elegans, we supplemented E. coli OP50 cultures with vitamin B12 and observed an enhancement in predatory behavior that was comparable to the Novosphingobium diet. Thus, we were able to transform our worms into superkillers of C. elegans by just adding a single vitamin.

Vitamin B12 has been described to perform two main functions. The first is the biosynthesis of S-adenosylmethionine which is a methyl donor for a wide range of substrates including proteins, nucleic acids, lipids, and secondary metabolites. The second function is the breakdown of propionic acid to prevent its toxic build up. We made P. pacificus mutants in components of both pathways using CRISPR/Cas9 and could show that both are required for the induction of the superkilling phenotype. However, this is just the beginning of our understanding of the superkiller worms. We still do not know whether vitamin B12 is the only metabolite or what the downstream components are that are required for the behavioral change. Additionally, the role of fatty acid metabolism in this context is poorly understood. Eventually, we also hope to encounter a neurotransmitter or neuropeptide that may phenocopy the observed effect. Despite these open questions, this work shows the power of nematode systems to study individual interactions between host and microbes at a mechanistic level and it highlights the importance of micronutrients such as vitamins in regulating development and behavior. I am a computational biologist by training, but this project is a perfect example for why I collaborate with experimentalists so frequently. It is so much more fun to analyze data, generate a hypothesis, do more experiments, and find a tool that allows you to play with a system as opposed to just reporting a correlation. 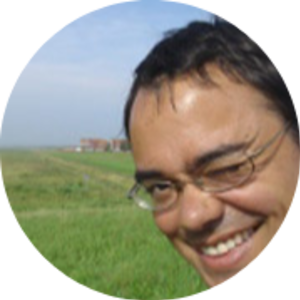 Amazing story! I am also amazed by the many faces of vitamin B12. It is also a key co-factor for degradation of halogenated contaminants in environment and probably human gut. Here is an example: https://www.frontiersin.org/articles/10.3389/fphys.2018.00888/full