I never heard of phage therapy as a microbiology student in Brazil. In the medical-virology mindset of the early 2000s, phages were only a curiosity, strange-looking viruses used for safely teaching viral titration to undergrads.  I discovered phage-therapy on my own, by watching “The virus that cures” BBC documentary almost a decade after its release date. From there it was not hard to find publications about phage therapy, and I became amazed by the rich history involving Felix d’Herelle, George Eliava and the almost hundred years of Georgian-Russian phage therapy practices. It is not an exaggeration to say it changed my life.

While preparing project proposals to start phage work in Brazil I found brief mentions of phage therapy in the Brazilian past, but for lack of details these were considered something minor at that moment. A few years and three rejected applications by Brazilian Universities later, my opportunity to work with phages appeared abroad. It was in 2018, during a scientific meeting, that I heard about Brazilian phage therapy again. One of the leading experts of the field mentioned Brazil on his talk, but could not recall exactly where the info came from. With it I visualised a good opportunity to write a review about the subject, considering that it had potential to become decently cited given the lack of modern references.

I started with the three recent publications that acknowledges phage therapy in early 20th century Brazil. From these I found a name (Dr José da Costa Cruz), a place (Oswaldo Cruz Institute in Rio de Janeiro) and events (failed clinical cases in 1921 to mass production of phages in 1924). My next step was to retrieve Dr Cruz obituary, where I found his publication list (Figure 1).

Dr Cruz publications revealed that he was not only a phage therapy practitioner, but actually one of its pioneers. This finding was exciting enough to motivate a broader search of the medical literature of his time. During my investigation I ended up using the “Obras Raras Fiocruz” database. One message sent to them put me in contact with Maria Claudia Santiago, and she became very important for my review. She not only retrieved publications from their physical collection, but also sent many summaries and reference lists that were screened for additional phage-related work (Figure 2). After a few months, I had around 50 rare historical papers in hands and descriptions of 40 clinical cases (plus mentions of another 91). With those, it was possible to reconstruct the Brazilian role in phage therapy during the first half of the 20th century. For a complete description of the Brazilian phage therapy past, including images, references, clinical cases and a timeline, please refer to the original publication and its appendix [1].

Phage therapy in Brazil was mostly against bacillary dysentery and staphylococcal infections. The first (failed) phage therapy cases happened in 1921. In 1923 successful cases appeared. By 1924 phages were being produced and tested at large scale. The first Brazilian phage product was provided by request from the Oswaldo Cruz Institute, but after a while phage products could also be bought from pharmacies or were made by doctors themselves. By the end of the 1930s phage use was widespread, phage therapy experience was being shared in South American conferences, and “bacteriophagia” was part of the training of health professionals.

Anti-dysentery phages were diluted in water and drank. Anti-staphylococcal phages were used according to the disease characteristics (oral, topical, local application or intravenous injection). While anti-dysentery “generic” phage preparations were considered efficient and resulted in cure after only a few doses, successful phage use against Staphylococcus was often associated to the adaptation of the phage stock to the patient’s own bacteria.

It was not possible to determine when phage therapy stopped. However, a clear trend of loss of interest in phages (implied by less mentions in the researched literature) and increase of interest in sulphonamides and penicillin could be seen in the 1940s. Phage collections used in the past could not be located, likely discarded as interest in phage therapy declined. The infamous Manguinhos massacre# might have played a role in the destiny of the Oswaldo Cruz Institute phages, but this is only a speculation due to lack of concrete evidence. Currently, phage therapy is not regulated in Brazil, meaning that any phage product and phage use must first go through the regulatory agencies before being allowed.

What can be taken from all this? From a historical point of view, the Brazilian phage experience fills interesting gaps in our knowledge about the golden age of phage therapy, acknowledging milestones and researchers who were forgotten. From a practical point of view, phage use in Brazil can be taken as example of how to successfully treat pathogens that still cause problems nowadays. At the dawn of the post-antibiotic era, phage therapy revival is considered a promising countermeasure. Much has been achieved concerning phage use in the western world, although there is still a lot more to be done. The Brazilian experience adds up to the already known historical efforts of France, Georgia, Russia and Poland as a source of information to modern phage researchers.

# The Manguinhos massacre of 1970 is the name given to the persecution of scientists from the Oswaldo Cruz Institute by the Brazilian military dictatorship. They were forcedly retired, losing their laboratories, students, research lines and funding. An intervention at the Institute ended up in a complete reformulation of its physical space. The most famous damage was to the entomological collections, but it was far from being the only material casualty, with the possibility of phages being destroyed by accident or on purpose at the same time. A recollection of the “massacre” is available at https://www.arca.fiocruz.br/bitstream/icict/33216/4/Massacre_Manguinhos_2019_vers_web.pdf . 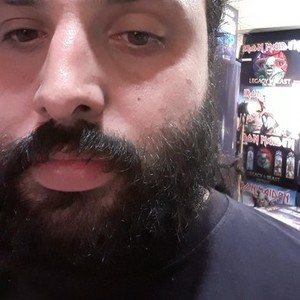