During my thesis, I felt attracted on the outstanding way microbes organize in perfectly ordered multicellular communities called biofilms. To constitute a biofilm, cells must integrate a myriad of signals into a global response, mediated by the regulation of hundreds of genes. The most characteristic change is the transition to a sedentary lifestyle and the synthesis of the tissue-like structure called extracellular matrix. This architecture confers protection and robustness to cells towards external aggressions and to the entire community, among other functionalities.

B. cereus is a widespread bacterium in nature and thus adapted to live in a large variety of niches. This is an eclectic group of microbes that includes saprophytes, probiotics or human pathogenic strains. Our recent works on biofilm formation in B. cereus have revealed that, apart from the well-known regulatory pathways, switching to this sedentary lifestyle involves changes that collectively protect the cells against external aggressions: metabolism, cell wall synthesis, secondary metabolites, host defence inhibitors, antimicrobial resistance or oxidative stress. The most radical bacteria strategy to survive is sporulation. Bacillus sp. spores are highly resistant to extreme physical and chemical conditions like pH, radiation, temperature or desiccation. Interestingly, biofilm formation and sporulation are quite interconnected processes at regulatory level. This can be interpreted as sessile lifestyle guarantees problems to come and evolution linked the regulation of biofilm with sporulation to prepare in advance the survival of part of the population. This biofilm-associated population coexists with cells that remain in a planktonic style of life, which maintain a more aggressive phenotype towards the host.

Progressively we have increased our knowledge on different aspects of the molecular bases that govern the formation of biofilm: labour differentiation, signalling and regulatory pathways or structural elements. In our work, we have additionally found several hundreds of genes involved in biofilm formation annotated as hypothetical proteins. Some of them may be involved in new unknown functions, e.g. a fast communication system to alert the entire community about imminent threatens. From the edges of the biofilm, a quick message might be sent to the inner areas using chemical, mechanical or electrical pulses. These mechanisms of communication have been described in other organisms and it would not be hare-brained that something will be described soon in bacteria. Our study represents a step forward in the understanding of the most complex questions related with multispecies biofilms in terms of antimicrobial synthesis and resistances expressed. How diverse bacteria species modulate their physiology when they interact, how they communicate or how they consolidate their efforts to survive stressors are questions still to answer. 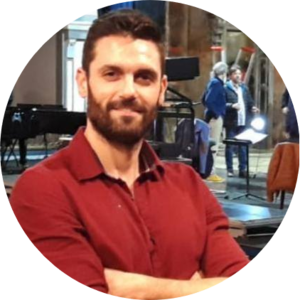