Persister formation in Staphylococcus aureus is associated with ATP-depletion

The story on linking energy to antibiotic susceptibility

When bacteria encounter a lethal dose of antibiotic, we expect them to die. However, this is dependent on the environment in which the bacteria are living when the antibiotic is encountered. For example, if Staphylococcus aureus cells are living in a biofilm, they are often extremely difficult to kill with antibiotics. We see a similar phenomenon with S. aureus stationary phase populations. This is referred to as antibiotic tolerance.

Antibiotic tolerance of a population and the phenomenon of persister cells have been traditionally discussed as very separate entities. When we started this project, we wanted to find out what was the fundamental reason for antibiotic tolerance in populations, such as stationary phase, and then to examine if the same thing was happening in the persister sub-population.

The question was, how do you sort stationary cells from exponential cells? We decided to use a promoter of the cap5A gene fused to gfp (the gene encoding green fluorescent protein). Previous work had shown cap5A is only switched on in stationary phase. Now, when the promoter turned on, the cell would produce GFP and glow green, in an otherwise dim population. Using fluorescence activated cell sorting, we could hence find cells that had entered the stationary phase early and sort them from the rest of the population. This worked really well and we found that the transition to stationary phase was pretty variable with small numbers of stationary phase cells always present, even in mid-log phase. We then treated the log-phase population with a lethal dose of ciprofloxacin and sorted out the stationary phase-like sub-population. Sure enough, these were our persisters. We were pretty excited as this linked the phenomenon of tolerance with that of persisters, however, we still didn't know how the cells were surviving antibiotics.

The next important part in the story was when we decided to look at energy. Antibiotics kill by corrupting active mechanisms in the cell. Aminoglycosides target active protein synthesis. B-lactams target active peptidoglycan synthesis. Fluoroquinolones target active DNA replication. The activity of these mechanisms is reliant on energy in the form of adenosine triphosphate or ATP. We found that reduction of ATP levels in the cell resulted in a huge increase in antibiotic tolerance. So less energy equals more tolerance. The stationary phase is much lower in energy than the exponential phase which can explain the tolerance of that population. Also, the marker of stationary phase we were using, the promoter of cap5A, was induced when cell energy was low. We then realized that the cells we were sorting out in previous experiments were actually low energy cells. This low energy state explains how persister sub-populations survive antibiotics and how stationary phase populations survive antibiotics. We think that ATP levels in populations and sub-populations during infection may be an important predictor of how well an infection will respond to antibiotics. We also think that developing new antibiotics that don't target ATP dependent processes will lead to improved treatment of chronic infection. Interestingly, the antibiotic ADEP4, which we previously showed killed persisters and eradicated populations of S. aureus in a mouse, does not require any ATP whatsoever for its killing activity. 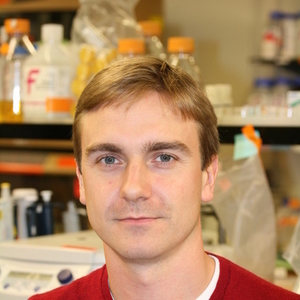 I was awarded my PhD from University College Dublin in 2009. My research was based on Staphylococcus epidermidis biofilm formation. My work with biofilm led me to develop a keen interest in antibiotic tolerance of the biofilm. To this end I began working in Professor Kim Lewis laboratory at Northeastern University in Boston. Professor Lewis had established the role of persister cells in the antibiotic toleance of the biofilm. I established Staphylococcus research in his lab, which traditionally focused on E. coli as a model organism. We set about determining the mechanism of persister formation in S. aureus and novel ways to kill this formidable pathogen. I have published a number of papers including a first author Nature paper on eradication of S. aureus persisters while also being involved in the characterization of the novel antibiotic teixobactin, also published in Nature. I continue to work on new methods to eradicate S. aureus and develop treatments for chronic and relapsing infection.
Follow