Bacterial biofilms are ubiquitous in nature, and in fact, they are the primary habitat for the vast majority of bacteria in the biosphere, including those inhabiting the human body. As such, the ability to form biofilms is critical for the success of most pathogens and is essential for the survival and persistence of the human microbiome. One of the defining characteristics of biofilm communities is their ability to coordinate group behaviors, which often includes interactions between disparate species. How complex group behaviors can be controlled by seemingly simplistic unicellular life forms is an endlessly fascinating aspect of biofilm biology.

A biofilm can be broadly defined as a surface-attached community of sessile microorganisms that are surrounded by a protective matrix referred to as extracellular polymeric substance (EPS). This is the “slime” that many people associate with biofilms. The composition of biofilm EPS varies considerably between organisms, but is largely derived from synthesized polysaccharides, proteins, lipids, and extracellular DNA (eDNA). In addition to helping sequester bacteria within the community, the EPS provides critical protection from environmental insults, such as desiccation, toxic molecules, and even the immune response. In our recent article in npj Biofilms and Microbiomes, we illustrate how bacterial adherence to the EPS is not a static phenomenon, rather this ability is tunable and can be actively modulated through genetic pathways that are responsive to the external environment. In this way, it is possible to synchronize the biophysical properties of a biofilm community with the inevitable changes that occur in a dynamic environment.

This story has its genesis in our previous studies of the IrvR/A regulatory system of Streptococcus mutans. S. mutans is a typical member of the human oral microbiome and is widely recognized for its prominent role in promoting dental caries (tooth decay). We previously identified IrvR as the proximal repressor of irvA gene expression, whereas irvA encodes a stress-induced riboregulatory mRNA that controls a variety of accessory gene pathways (1,2). One of the principal posttranscriptional targets activated by irvA riboregulation is gbpC. GbpC is a surface exposed lectin that binds to EPS polysaccharides found within S. mutans biofilms. In the current study, we first determined how it could be possible for GbpC production to be stimulated from a surprisingly diverse range of environmental stressors (Fig. 1).

Later, we discovered that the increased abundance of GbpC on the surface of S. mutans in stress-exposed biofilms is responsible for a major remodeling of the community's biophysical properties, transforming it into a resilient, dispersion-resistant state (Fig. 2).

Fig. 2. Sonic dispersion of S. mutans biofilms. Wild-type (WT) or irvA mutant (irvA) biofilms of S. mutans were grown as described in Fig. 1. After the final incubation, biofilms were fully dispersed using identical sonication conditions and the released cells were examined by microscopy. The red arrow indicates the presence of sonication resistant biofilm fragments that are uniquely present in the stress-exposed wild-type biofilms.

We propose that this ability is part of the decision-making process used to balance the biological imperative for dissemination vs. the basic survival needs of the community during adverse growth conditions (Fig. 3). This is analogous to the function of hatches on large ships. In favorable weather, ship hatches are open and its inhabitants are free to leave the ship, whereas in dangerous weather, the hatches are locked shut to protect the inhabitants inside while they wait for the storm to pass. It is currently unclear how many species possess a similar ability to actively regulate the viscoelastic properties of their biofilms. However, it seems highly unlikely that this would be unique to S. mutans, which may have much broader implications for the notorious recalcitrance of biofilm infections. 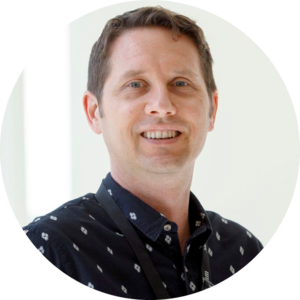