Getting closer to XA receptor of malaria parasite

Transmission of malaria parasites to mosquitoes is initiated by the parasite sexual reproduction within a mosquito blood meal. Once getting into Anopheles mosquito midgut, the only transmission stage male and female gametocytes differentiate into male and female gametes within 10-15 minutes, a process known as gametogenesis. Gametogenesis is triggered by two stimuli, a drop in temperature of approximately 5°C and the presence of xanthurenic acid (XA) that is a metabolite in mosquito. It was well-established that the XA-cGMP-PKG-Ca2+ signaling drives gametogenesis after the groundbreaking discovery of XA as an inducer for gametogenesis in 1998 [1, 2]. However, how the parasite senses XA and activates cGMP remains unknown.

In 2012, I started my own lab in Xiamen University. We tried using XA-derivative probe to catch the XA receptor but failed. In 2014, we adapted the CRISPR/Cas9 method in the rodent malaria parasite P. yoelii [3]. With this efficient tool, we attempted to screen the molecules which sense XA. Membrane proteins play critical roles in sensing, transporting, and transducing environmental signals. 59 genes encoding gametocyte expressing transmembrane proteins were chosen, including putative receptors, transporters, and channels. We successfully obtained gene deletion mutants for 45 out of 59 candidates in the P. yoelii.

Fortunately, one gene encoding an amino acid transporter-like protein (termed GEP1) stood out. GEP1 is a Plasmodium-specific protein with 14 predicted transmembrane domains. The ∆gep1 parasites develop viable and morphological normal male and female gametocytes, but fail to produce male and female gametes. The ∆gep1 gametocytes display defect at all PKG-downstream signal and cellular events during gametogenesis. Importantly, compared to the elevation of cGMP in wildtype gametocytes, the ∆gep1 gametocytes failed to increase cGMP in response to XA stimulation. GEP1 seems to function upstream of cGMP-PKG in XA-stimulated signaling, fitting our initial expectation of GEP1 as a sensor of XA.

If GEP1 is the XA sensor, can we restore gametogenesis of the ∆gep1 by enhancing endogenous cGMP? The cGMP is balanced by the activities of cGMP-synthesizing GC and cGMP-hydrolyzing PDE. Inhibition of PDE activity by inhibitor Zaprinast (Zap) could trigger gametogenesis in the absence of XA, which suggests the existence of low and sub-threshold endogenous cGMP level precluding PKG activation in wildtype gametocytes. The ∆gep1 not only failed to initiate XA-stimulated gametogenesis, but also could not undergo Zap-induced gametogenesis. Similarly, Zap treatment failed to elevate cGMP level in the ∆gep1 gametocytes. Unexpectedly, GEP1 is not a XA receptor, but a player essential for cGMP synthesis. Further experiments revealed that GEP1 co-localizes and interacts with GCα, the presumable cGMP-synthesizing enzyme for gametogenesis. Interestingly, XA stimulation seems to enhance the GEP1/GCα interaction.

We proposed a model for GEP1/GCα mediated cGMP signaling in XA-stimulated gametogenesis. Basically, GEP1 acts as a binding partner of GCα. In the absence of XA, GEP1 supports a functional conformation of GCα that maintains its basal catalytic activity and synthesizes low and sub-threshold endogenous cGMP level precluding PKG activation. In the presence of XA, the stimulation enhances the interaction of GEP1/GCα, leading to enhanced GC activity of GCα and increased cGMP level for PKG activation. In the GEP1-deficient gametocytes, GCα loses catalytic activity of cGMP synthesis and therefore fails to elevate cGMP level in response to XA.

Currently, GEP1/GCα are the players locating most upstream of cGMP signaling in gametogenesis. We are getting closer to the unknown XA sensor.

If you want to get more detail, you can read about our study here [4]. 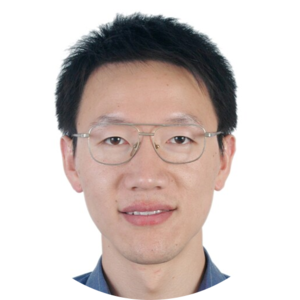