Either you have it, or you don't! The role of exported kinases in species-specific host pathogen interaction in human malaria.

An expanded family of exported kinases is key to specific-specific remodeling of host cells by human malaria causing parasites.

This blogpost relates to the following article:

Human malaria is predominantly caused by the eukaryotic parasite Plasmodium falciparum. It is one of six Plasmodium species that infects humans, but is responsible for 95% of the approximately 450,000 fatalities each year, most of them children in sub-Saharan Africa. The other five species typically cause milder symptoms. One key difference between these species is that P. falciparum is the only human infecting species that is predicted to export kinases into the host cell. In this paper we explore causative links between the P. falciparum exported kinases and remodelling events that contribute to disease severity.

One of the hallmarks of P. falciparum malaria is the adhesion of infected red blood cells to the endothelium of blood vessels. This sequesters the infected cells away from circulation and from passage through the spleen where infected red blood cells can be recognized and eliminated. While beneficial for the parasite, this adhesion can have fatal consequences for the host as the accumulation of parasites in the microvasculature of the brain can block the supply of oxygen and cause harmful inflammatory responses.

Here we investigated how P. falciparum enacts its immune evasion strategy by renovating the host cell into its ideal home. We show that some of the key interior designers for this are a family of kinases called FIKKs, which are exported by the parasite into the host cell. Using phosphorylation as a tool, the FIKKs increase the stiffness of the red blood cell cytoskeletal framework and contribute to the decoration of the cell surface with structures called ‘knobs’ which display the adhesive protein PfEMP1.

The analogy of intracellular parasites as renovators of their host cells is ubiquitous, each species with its own requirements and strategies. Other Plasmodium parasites have different ideas of what makes a perfect host red blood cell; some infect younger red blood cells, and instead of knob protrusions, the other human-infecting parasites P. vivax and P. knowlesi form indentations on the cell surface and do not express PfEMP1. This difference is believed to underpin in parts, the relative severity of P. falciparum malaria.

Very little was known of the FIKKs previously, however, it had been observed that several host proteins are phosphorylated upon infection with P. falciparum. By comparing the phosphoproteomes of P. falciparum and P. knowlesi we showed that this phosphorylation is species-specific. We then deleted each FIKK in turn to identify their individual contributions.

Using quantitative mass spectrometry, we discovered hundreds of novel phosphorylation events on both human and parasite proteins that depend on FIKK function, placing them front and centre in host cell remodelling. One FIKK kinase, FIKK4.1, stood out as many of its targets were on proteins involved in PfEMP1 trafficking and components of the red blood cell cytoskeleton.  Guided by this observation, we demonstrated that deletion of FIKK4.1 increases cell deformability and reduces the amount of PfEMP1 on the cell surface, thus reducing adhesion. This phenotype is similar to that observed in patients with sickle cell trait, who are protected from severe malaria.

The other FIKKs have yet to see their time in the limelight but their phosphorylation fingerprints suggest they could be an incredibly diverse family, with potential functions in parasite invasion, nutrient acquisition, and the ubiquitin pathway. Our key question now is why some Plasmodium species, and P. falciparum in particular, evolved these kinases to remodel its host cell. As kinases are signal transducers, they may respond to conditions in the host or mosquito vector and we are keen to now investigate their function under different conditions and in other lifecycle stages. 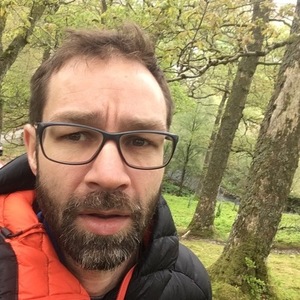