I am a member of the Bacterial Pathogenesis and Immunity group at the University of Liverpool Institute of Infection and Global Health. One of our major research focusses is developing understanding of how Streptococcus pneumoniae interacts with the host to cause diseases such as pneumonia and meningitis. There are many sub-groups of S. pneumoniae, known as serotypes, and one of special interest to us is the African clade of serotype 1.  In sub-Saharan Africa, serotype 1 is the most prevalent of the highly invasive pneumococcal serotypes and is responsible for high disease rates in young and otherwise healthy adults. It is also rarely found causing asymptomatic carriage in the upper respiratory tract. This epidemiological pattern, of disease in healthy adults and only rare carriage, differs notably from most other serotypes, where carriage is prevalent in children and disease is associated with children, the elderly and the immunocompromised. The aim for this work was to identify key virulence determinants associated with increased invasiveness of serotype 1, which might explain how it can cause disease in otherwise healthy adults.

The project was a collaboration between our group and the Malawi-Liverpool-Wellcome Trust Clinical Research programme in Malawi. After visiting Malawi in 2015 and receiving serotype 1 isolates from infected patients, I began working towards understanding the host-pathogen interactions that are in play during serotype 1 infection of the lungs.

Our group has extensive experience in murine models of pneumococcal infection and a long-standing interest in identifying host factors that predict susceptibility to pneumococcal disease. Based on our previous work, we opted to study serotype 1 lung infection in highly resistant BALB/c mice. We and others had previously shown that BALB/c mice have high survival rates after pneumonia infection with a variety of invasive pneumococcal serotypes. Strikingly though, in our initial experiments with African serotype 1, it was evident that these strains demonstrated virulence unlike any serotype we had encountered before, causing lethal sepsis in BALB/c mice, within 24 hours of infection. After repeat experiments and inclusion of more African serotype 1 isolates and other clinically relevant serotypes, results clearly demonstrated that virulence in BALB/c mice was unique to African serotype 1 isolates.

My aim was now to understand which virulence factors could be driving invasiveness in these isolates. Luckily, at this time, a post-doctoral colleague in our group had just developed an ELISA-based detection assay to measure levels of a key pneumococcal toxin, known as pneumolysin. Pneumolysin is an important virulence factor for the pneumococcus and induces pro-inflammatory reactions in host cells, aiding immune evasion and causing widespread damage to host tissues that can facilitate establishment of a niche and invasion of sterile sites within the host.

We found that serotype 1 isolates produced significantly higher amounts of pneumolysin compared to laboratory strains of S. pneumoniae, but that some clinical isolates of other serotypes produced levels comparable to that of serotype 1. Pneumolysin production alone could not, therefore, explain enhanced virulence in serotype 1 isolates. Crucially, however, the rate at which pneumolysin was released by the bacteria also appeared to play an important role. As pneumolysin cannot be actively secreted, it relies on the lysis of the bacterial cell for its release, in a process known as autolysis. Examination of autolysis rates showed that serotype 1 isolates displayed high rates of bacterial lysis and therefore rapid release of high concentrations of pneumolysin during infection. These two factors together – production of high quantities or pneumolysin and its rapid release upon autolysis – appeared to be the key determinant of virulence for pneumococci. This was supported by the observation that a laboratory strain of pneumococcus (D39) that was genetically modified to express the serotype 1 pneumolysin gene showed only moderately increased virulence. With enhanced pneumolysin production relative to D39, but without the high autolysis rate of serotype 1, this strain showed an intermediate virulence phenotype.

We were able to demonstrate the importance of pneumolysin using a supernatant swap experiment. When serotype 1 was cultured in PBS, pneumolysin was released into the supernatant around the bacteria due to autolysis. This supernatant was then collected and added to our laboratory D39 strain and used to infect BALB/c mice. With the addition of naturally-released serotype 1 pneumolysin, D39, which is normally avirulent in the BALB/c model, was able to disseminate from the lungs into blood and cause mortality in infected mice. Mopping up the pneumolysin in the supernatant with toxin-binding liposomes, prior to infection, reversed this effect, confirming that pneumolysin was the key factor involved.

To help understand why pneumolysin was so crucial in determining infection outcomes, in vitro assays were performed. These demonstrated that serotype 1 caused significant levels of host cellular cytotoxicity and damage to the tight junctions between lung epithelial cells. This damage, facilitated by pneumolysin, likely aids serotype 1 dissemination from the lungs to the bloodstream, the key event determining lethality in this infection model.

Our findings highlight the key relationship between the amount of pneumolysin produced and its release rate, as a determinant of pneumococcal invasiveness during lung infection. These findings have significant implications for our understanding of disease pathogenesis and suggest pneumolysin should be considered in future vaccine design and as a key target for therapeutic intervention.

To see the full story, check out the publication in Nature communications: 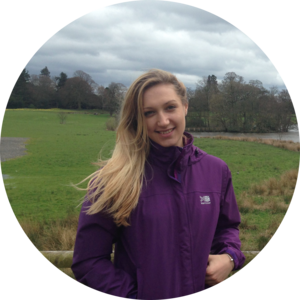