The search for the CHAB-I-5 cluster

The story behind our paper started when we obtained a multi-PI grant from Deutsche Forschungsgemeinschaft, a so-called Collaborative Research Center, to comprehensively investigate the Roseobacter group (www.roseobacter.de). Our subproject aimed at defining and investigating the pelagic members of the Roseobacter group. By searching global databases we found several clusters of SSU rRNA sequences reoccurring in pelagic systems that were affiliated to this group of marine Alphaproteobacteria: RCA, NAC11-7 (with strain HTCC2255) and NAC11-6, CHAB-I-5, HTCC2083, and HTCC2150. These clusters comprised only few or even no isolates. In the ARB Silva database, sequences of the clusters NAC11-6, CHAB-I-5 and a few other sequences were lumped together as OCT cluster. Hence, we first had to define each cluster phylogenetically before we were able to design cluster-specific PCR primer sets for clusters NAC11-6, NAC11-7 and CHAB-I-5.

As the next step we went out to sea to search for these clusters. We conducted two cruises on research vessel Heincke in the North Sea and three on RV Polarstern in the Southern Ocean and Atlantic and collected water samples for later analysis. More DNA samples from other cruises in the Arctic and Pacific Ocean and from a global sampling campaign were provided by Lone Gram from the Technical University of Denmark and Wade Jeffrey from the University of West Florida. This huge amount of samples was then screened for the presence of pelagic roseobacters. It turned out that one of the clusters, CHAB-I-5, revealed a much broader distribution pattern compared to the other investigated clusters including not only temperate to polar but also subtropical and tropical regions. 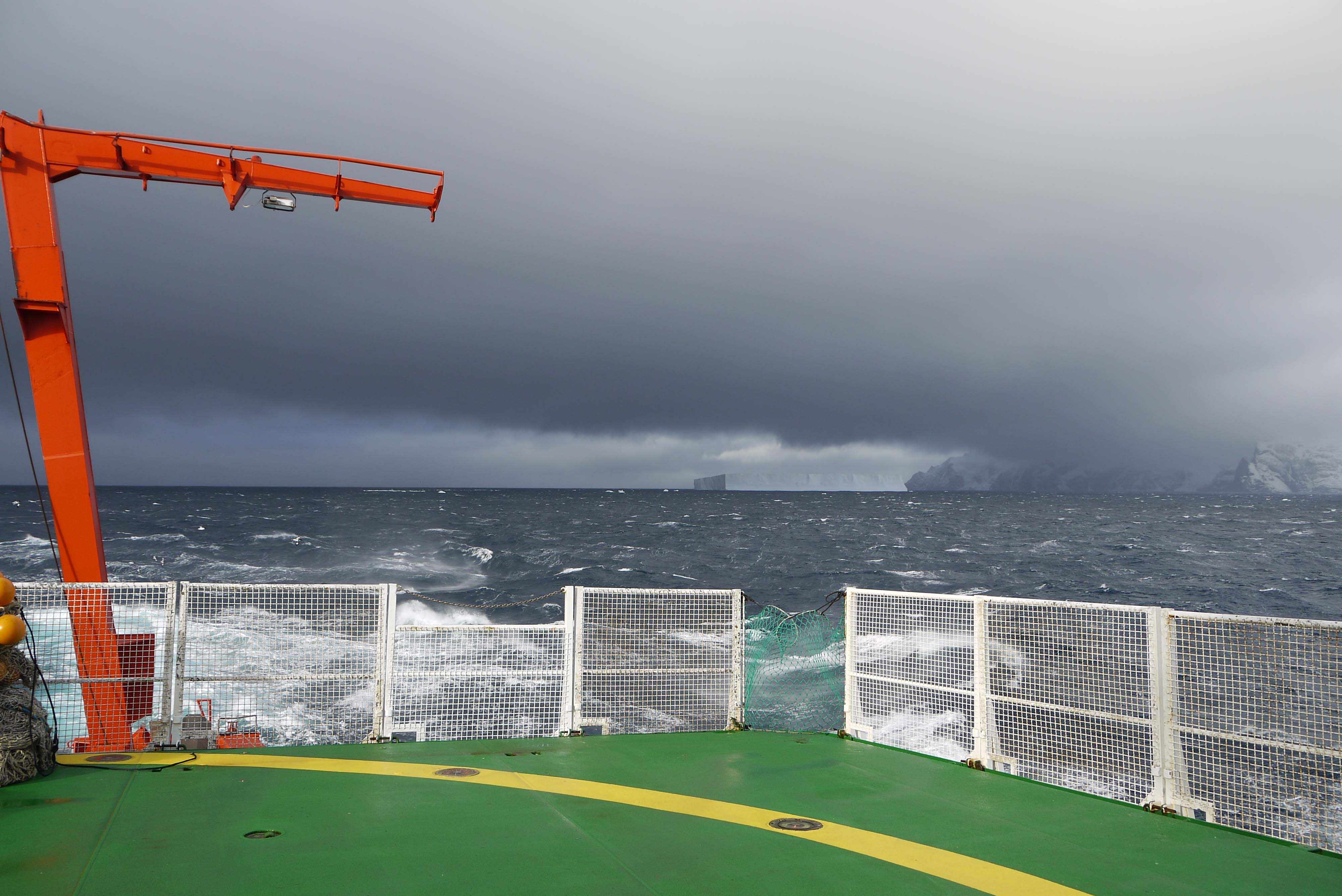 The second path to the investigation of these clusters was isolation. Therefore, dilution cultures with different media were inoculated with North Sea water. After more than one year of screening and transferring the cultures one very slowly growing pure culture was identified as strain SB2 affiliated to the CHAB-I-5 cluster. As many of the pelagic bacteria it did not grow on Agar plates. We were able to obtain enough biomass to sequence the genome of this strain, but despite many efforts we were unable to keep the strain in culture later on. However, we now had a genome sequence of one previously uncultured cluster. This is why we further focused on the CHAB-I-5 cluster.

A few months later we visited Jang Cheon Cho at Inha University in Korea, who had told us that he had isolates affiliated to the CHAB-I-5 cluster obtained from a high-throughput-culturing project in the East Sea. We were hoping to include several of these cultures in the sequencing project but learned that these isolates did not grow after retrieval from glycerol stocks. So the CHAB-I-5 cluster still remains a part of the “not yet cultured microbial majority” in the oceans.

In order to learn more about the relevance of CHAB-I-5, we adopted a qPCR from Buchan et al. (2009) and found high abundances in the North Sea in summer. We also analysed the genome and mapped it on several metagenome and metatranscriptome data sets, confirming the relevance of populations of the CHAB-I-5 cluster in pelagic ecosystems. It was further interesting to us to realize that these pelagic strains, and a few others of the Roseobacter group, share genomic features and miss others which makes them a distinct cluster within this group of marine bacteria. In the end, a rather comprehensive story emerged from our analyses.

And the story continues: We write this entry on board the brand new German research vessel Sonne in the middle of the Pacific. We are cruising on a transect from New Zealand to Alaska to find out more about CHAB-I-5, other roseobacters and all the other bacteria out there. 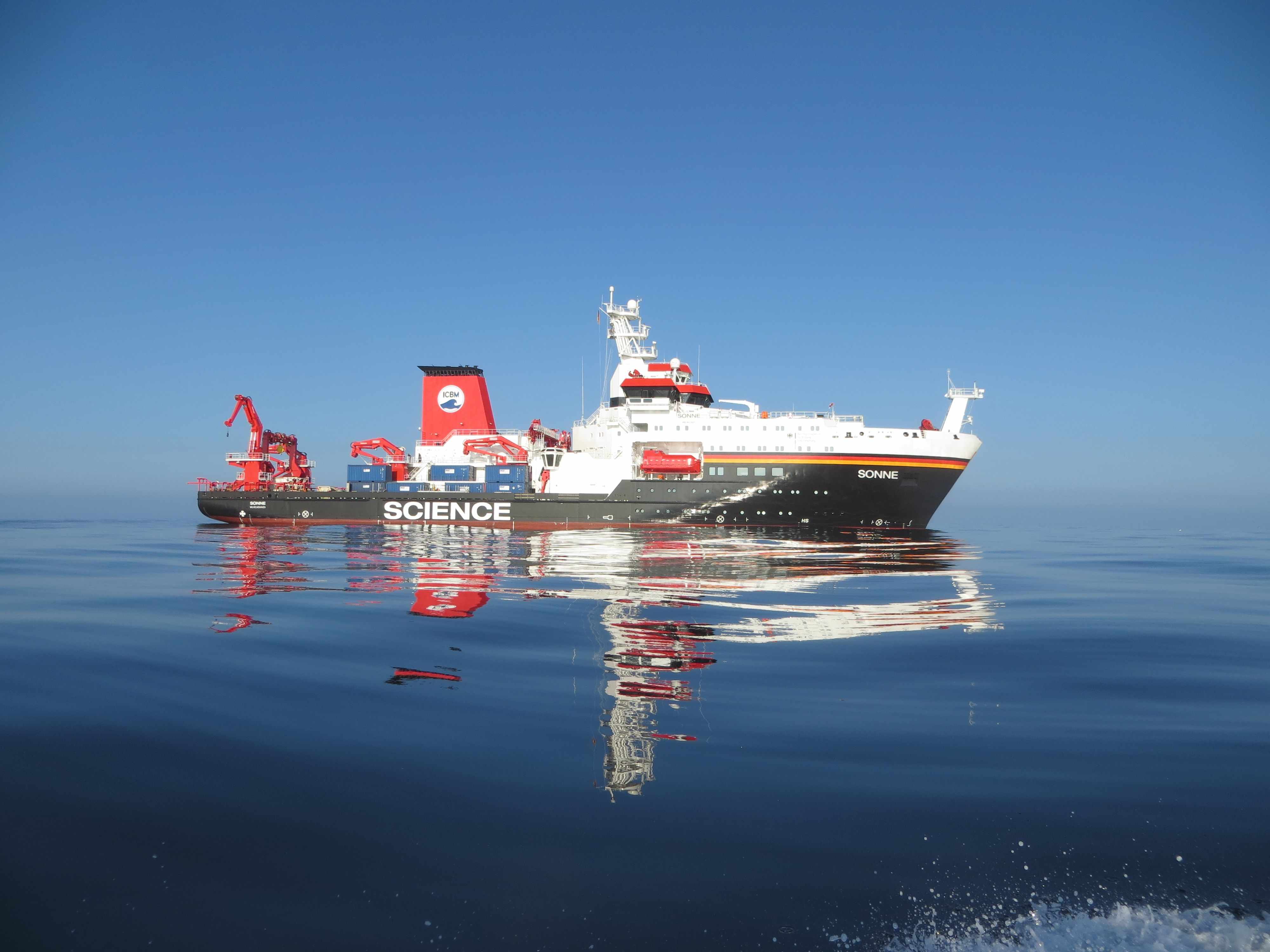