A colorful glimpse on a seemingly inefficient, yet highly successful viral life cycle

Bunyaviruses show that some disorganization may be just fine. The non-selective strategy employed by bunyaviruses to incorporate their tri-segmented viral genome into new virus particles seems inefficient, yet is certainly sufficient for effective virus spread. 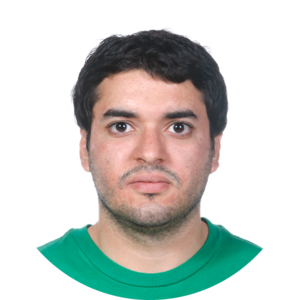 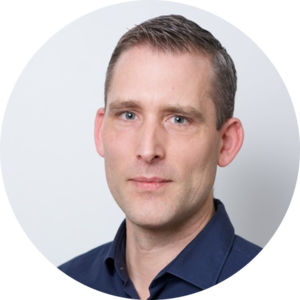 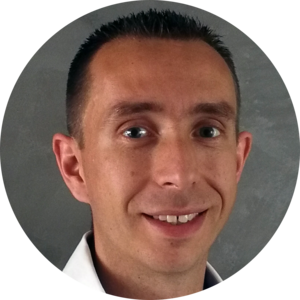 Most bunyaviruses have a genome divided over three RNA segments (according to their size, named S, M and L) that complement and depend on each other. In other words, these three genome segments, from a conventional textbook point of view, should be incorporated in the same virus particle for it to be infectious. Otherwise, either viral replication or generation of new virus particles cannot take place, rendering the virus unable to spread further. With such a strict co‑dependency, you would think that an organized and tightly controlled mechanism must ensure that the S, M and L segments are co-packaged into the same particle, but nature does not always follow human logic, at least not on first sight.

Back in 2015, intrigued by the fact that bunyavirus variants with genomes comprising two or four different segments (instead of three) could be created in the lab, my supervisors (Paul Wichgers Schreur and Jeroen Kortekaas) embarked on a journey to study the genome packaging process of bunyaviruses. Using a state-of-the-art fluorescence microscopy technique (smFISH: single-molecule fluorescence in situ hybridization), they found out that the different viral genome segments of bunyaviruses do not seem to interact intracellularly (in contrast to, for instance, the eight-segmented flu virus) prior to becoming incorporated into virus particles. Among other evidence, this finding pointed towards a process governed by randomness.

If no specific mechanism ensures the co-packaging of the viral genome segments, then what is the genomic composition of bunyavirus particles? Well, answering this question proved to be challenging. We first had to set up a proper experimental method. This involved expanding the initial smFISH method from four- to five fluorescence channels to simultaneously visualize not only the cell nuclei and the three viral genome segments, but also the virus particles. Second, we upgraded the microscope with a motorized z‑stage to acquire images in 3D, increasing the reliability of our data. Finally, we needed to customize image analysis software to facilitate co‑localization analysis of the single-molecule signal, presented as spots, from the different fluorescence channels in a single step.

Merged spheres show the co-localization of the viral genome segments with the virus particles.

After about one and a half years of work, we now have an answer for the above question. The virus population actually consists of a mix of few complete particles (containing the three different genome segments) and large numbers of incomplete particles (lacking one or two genome segments) and empty particles. Thus, instead of being tightly controlled, packaging of the viral genome segments is a flexible, non-selective and rather inefficient process. Interestingly, despite this apparent inefficiency in genome packaging, bunyaviruses are able to sustain a life cycle characterized by productive infections in mammalian hosts through virus transmission by arthropods (insects or ticks). Curious to see whether there are differences between viral replication in mammalian and insect cells, we found that genome packaging occurs more efficiently in insect cells. Virus replication in insect cells yields a higher proportion of complete particles, supporting the notion that bunyaviruses find their evolutionary origin in insects.

The molecular mechanism explaining the more efficient genome packaging of bunyaviruses in insects compared to mammals and whether the population of incomplete particles plays a role in virus spread remains unknown, but as new viruses with the potential of causing epidemics are (re‑)emerging, it becomes increasingly important to study and understand their life cycles. A better comprehension of the fundamental biology of these viruses could help design better control strategies (vaccines and/or therapies) in the event of an outbreak. In fact, harnessing the knowledge on bunyavirus genome packaging flexibility has already led to the development of a four-segmented Rift Valley fever virus that is currently being evaluated as a live‑attenuated vaccine for veterinary and human application.