A Different Feeling When We Touch...

Research groups love to try and combine their favorite projects. That was the idea behind this investigation, which was funded by an NIH-NIDCR postdoctoral fellowship. Previously, the Burne Lab at the University of Florida College of Dentistry had isolated and genome sequenced hundreds of clinical streptococcal isolates from human dental plaque as part of a probiotics project1. Additionally, they had also recently shown that one of their favorite isolates with probiotic potential, Streptococcus sp. A12, had the ability to degrade two different signaling peptides (CSP and XIP) that control the activation of bacteriocin production and genetic competence, respectively, in the dental caries (tooth decay) pathogen Streptococcus mutans using extracellular proteases2,3. Having worked on detailing the genetic competence circuit in S. mutans, I was always interested in trying to determine just how active the system was in a natural setting. During my PhD project, I had shown that the ComRS-XIP peptide signaling pathway was active within static biofilm populations, but at a much lower level than we usually see in the lab with planktonic cultures, as one might expect4. With a panel of new clinical isolates in the lab freezer and wanting to venture into investigating microbial interactions more, this was the perfect opportunity to amalgamate my expertise in peptide signaling and genetic competence with mixed species biofilm approaches, something we had recently taken interest in5.

To start out the project, my idea was to screen our library of streptococcal clinical isolates with co-cultures of S. mutans carrying a fluorescent reporter that shows activation of peptide signaling and genetic competence. This reporter will activate over the course of growth, in a quorum-sensing like fashion. Initially we used transwells that physically separated the two bacterial species into two different chambers but allowed passage of the same growth medium. This way, we could track the growth and fluorescence of our reporter separately from the growth of our clinical isolate. However, we quickly realized that this may not be the most cost-efficient method in screening the library of isolates as transwells can be quite expensive. So, I decided to pursue the alternative, and culture the S. mutans reporter and clinical isolate together, without the physical barrier present. Little did I know this would be the turning point of the project. The behavior of the reporter and thus S. mutans peptide signaling completely changed. The once active reporter was now completely turned off over the course of growth. This was not due to poor growth of the reporter strain, and we couldn’t recover ComRS signaling even by adding in synthetic XIP peptide or overexpressing the XIP precursor, comS, inside the reporter cell. Peptide signaling was completely turned off in the presence of the clinical isolate (termed competitor at times in our manuscript) and remained off, unless added after ComRS signaling activation.

Aside from the phenotypes related to peptide signaling, maybe our most important finding was other changes within the S. mutans transcriptome when it is directly co-cultured with other commensal oral streptococci. These included upregulation of a CRISPR-Cas3 pathway, glucosyltransferase expression that S. mutans uses to synthesize glucans for biofilm formation6, and downregulation of bacteriocins, which on the surface seems counterintuitive when you are cultured with a competitor. Surprisingly, changes in these genes were not specific for any particular commensal species and were consistent during co-culture with every Streptococcus species we tested. As I begin research in my own lab within the College of Dentistry at Ohio State, one of the first things we plan to examine is whether this behavior observed in S. mutans is consistent when co-cultured with non-streptococcal oral species, an important question we haven’t had the opportunity to answer yet. However, this consistent change in transcriptome is important to the study of S. mutans and field of oral biology, since S. mutans is often studied in monocultures. Perhaps we may need to re-evaluate and re-examine the behaviors of S. mutans in dual- and multi-species consortiums, as that is closer to its natural growth mode prior to disease (caries) development7.

The most puzzling aspect of this project was our finding that direct contact between the species is required for our observable phenotype and changes in transcription patterns. We initially hypothesized that our commensal streptococci were secreting a molecule/metabolite that was sensed by S. mutans that then led to our observed response (disruption of peptide signaling). However, growth in spent supernatants of the commensals, where a molecule/metabolite would be carried over, never led to shutdown of the peptide signaling pathway – in fact, it led to increases in our genetic competence reporter activity. Additionally the peptide signaling system was turned on in our transwell assays that began this project – where growth medium was shared for over 18 hours. Thus, this leads us to hypothesize that physical contact, even transiently, is required. A recent examination of S. mutans microcolonies attached to human teeth from Hyun (Michel) Koo’s group at Penn and Marvin Whiteley’s group at Georgia Tech shows S. mutans forming a “corona-like” architecture that non-mutans streptococci then surround8, allowing for this direct, physical contact within oral biofilms also seen in our co-cultured biofilms reported in the manuscript. This makes our observations of changes in gene expression, which matches what is observed in the spatial biogeography between the species in vivo, highly relevant. But what is the exact mechanism by which this occurs? What is S. mutans sensing from the streptococcal commensal that tells it there is non-mutans streptococci close by?

Stay tuned, we are looking forward to finding out as well. 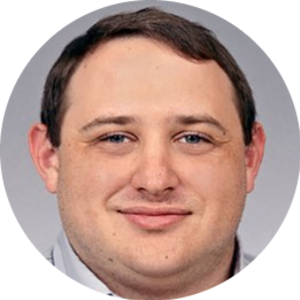