Nitrogen is one of the major components of cellular building blocks (DNA, proteins). Nitrogen is also one of the most important growth-limiting nutrients for both land plants and marine phytoplankton (the marine microscopic ''plants'' responsible for half of the total photosynthesis of the planet). This situation can be surprising given that nitrogen constitutes almost 80% of the air. However, the nitrogen form present in the air (dinitrogen, or N2) is very stable and resistant to chemical reactions: the triple bond that holds together the two atoms is one of the strongest known. Hence, it cannot be assimilated by most organisms and that’s why the small group of microbes that are able to “fix” atmospheric dinitrogen into more accessible forms are so crucial for the Earth ecosystem, acting as natural fertilizers. These nitrogen-fixers consist of a few Bacteria and Archaea with diverse metabolic traits (photosynthetic and non-photosynthetic). On land, >90% of nitrogen fixation is performed by a few bacteria living in symbiosis with a diverse group of land plants (the legumes). These terrestrial systems are far better characterized given their vital importance to agriculture, yet the amount of nitrogen fixed in the ocean is at least as much as that on land. Marine nitrogen-fixers cover a broad size spectrum, from μm to mm (>3 orders of magnitude in diameter), due to their diverse lifestyles: single cells, cell aggregates, colonies, free-living, and symbiotic associations. This challenges our ability to collect and separate them from the co-occurring and more abundant microbial populations (with a few exceptions of seasonal and localized nitrogen-fixer blooms).

Taking a step back to zoom into the global ocean picture

The biogeography of nitrogen-fixers is largely based on short and seasonal expeditions in specific regions of the ocean, but still vast areas remained undersampled. In addition, our view is often based mainly on molecular surveys and is limited to two traditional plankton size ranges (>10 and >0.2 μm). To study microbial populations at a global ocean scale, the datasets generated by Tara Oceans are a remarkable resource. From its departure in September 2009 to its return in December 2013, SV Tara sailed 140,000 km over a period of 38 months across the main oceanic regions  (Figure 1), systematically collecting environmental data along with plankton samples covering the whole plankton size spectrum (<0.2 µ to <2 mm). Some of these samples were used to generate parallel molecular (e.g. DNA sequencing) and imaging datasets.

Looking for nitrogen-fixers in the Tara Oceans “haystack”

As an example of the dimensions of the datasets, more than 1 million images were generated by high-throughput confocal microscopy, which is challenging to look for low-abundant organisms such as nitrogen-fixers. Machine learning imaging prediction tools are already set up in the Ecotaxa resource (equivalent to Blast or HMMer for searching protein or nucleotide sequences), but we need some example images to find similar ones in the dataset. Hence, our strategy was to turn to the molecular data (metagenomes) to select a few samples where sequences diagnostic of nitrogen-fixers were very abundant, thus it was feasible to manually search in the images from those samples. Once we have a few manually annotated images, we start an iterative cycle: we run predictions and curate the results by visual inspection, which are used as a new example set for running new predictions. The imaging result was used in turn to verify the molecular results.

This workflow is directly applicable to other microbial populations, and advances our ability to link morphological features with genetic data. Thus, we were able to obtain imaging-based information that cannot be determined by molecular data, such as morphological features (biovolume, symbiont number per host cell, asymbiotic partners, chloroplast content, cell number per colony/filament) as well as absolute quantifications. It also allowed us to quantify biases in molecular approaches that are in general not taken into account (e.g., the variations in gene or genome copies per cell). Finally, both molecular and imaging data were used to obtain global biogeographical patterns of nitrogen-fixers, and thus we were able to find new abundance “hotspots” in understudied ocean regions. Hence, we hope that these results will advance the research field by bringing attention to these new high density regions and to the novel imagery data (Figure 2).

The standard method of collecting free-living single-cell bacteria from environmental water samples is by retaining them on a 0.2-μm-pore-sized filter. In fact, this filter is applied in standard sterilization procedures, such as commercial applications to remove bacteria from heat-sensitive solutions and from drinking-water. However, this filter does not retain “ultrasmall” bacteria, which started to be recognized just very recently. Thus, we investigated the Tara Oceans metagenomes generated from DNA isolated from seawater passing through these filters. There are no reports of “ultrasmall” nitrogen-fixers, thus it was surprising to find sequences for them and to observe their high abundance in the Arctic Ocean, where the other nitrogen-fixers were very rare, and from samples collected from 5 to 400 m of depth (Figure 3). These results prompt the inclusion of ultrasmall plankton in field surveys to quantify their potential ecological and biogeochemical importance.

We consider that our work provides a proof of concept that integrative analyses of molecular and imaging data can lead to more accurate explorations of diversity and abundance of microbial populations. Given that nitrogen is a key driver of plankton dynamics and, therefore, of global biogeochemical cycles and climate, our study also  provides valuable information for improving the understanding of an Earth system under anthropogenic change. 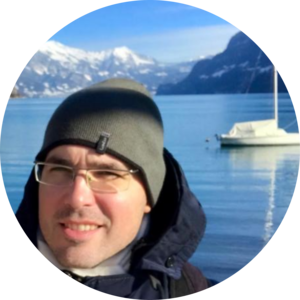