+1
Valeria Lulla and 1 other See all
Postdoc, University of Cambridge
Follow 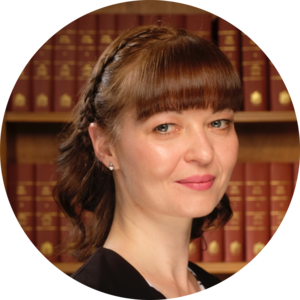 RNA viruses have very small genomes and produce a limited number of mRNA transcripts. As a result, they are under intense evolutionary pressure to optimize usage of the available sequence space and transcripts. One way in which they achieve this is by evolving overlapping genes – where the same nucleotide sequence codes for two completely different proteins depending on which reading frame is translated.

Astroviruses are small nonenveloped RNA viruses, which cause acute gastroenteritis in children worldwide and have been associated with encephalitis and meningitis in immunocompromised individuals. The astrovirus genome is only ~7 kilobases in length and contains three main open reading frames (ORFs) that encode the replication and capsid proteins.

By analysing astrovirus genome sequences using comparative genomic methods, we found a short conserved overlapping ORF embedded within the capsid polyprotein gene and coinciding with a region of enhanced sequence conservation, suggesting that an additional gene was hiding there. The gene encodes a 112 amino acid protein termed XP that has no homology to any known proteins. We rapidly confirmed XP expression in astrovirus-infected cells by using ribosome profiling – a technique for global footprinting of translating ribosomes (Figure 1).

However, the function of XP remained a mystery. To move forwards, we employed an arsenal of biochemical and virological approaches. Mutant viruses in which we knocked out expression of XP were attenuated and evolved in various ways to restore expression of the lost gene, indicating an important role for XP in the virus life cycle. We also noticed that XP knockout viruses were particularly deficient in progeny virus release, but not in RNA replication or structural protein production. Going further, we hypothesised a viroporin-like activity for XP. Viroporins are transmembrane viral proteins that modify cellular membranes to (among other functions) aid virus release. Many viruses encode viroporins but, notably, astroviruses seemed to lack one! This hypothesis was supported by experimental work, thus opening up a new direction for ongoing investigation into the structural, functional and therapeutic potential of XP.

Taken together, by identifying and characterising this hidden astrovirus gene, we obtained some intriguing insights into the simultaneous orchestration of several overlapping functional elements in a small human-pathogenic RNA virus.