A human pathogen that needs a quorum, or a special friend, for colonization and virulence (and why we need in-person scientific conferences)

+1
Patricia I. Diaz and 1 other See all
Professor of Oral Biology and Director of UB Microbiome Center, University at Buffalo
Follow 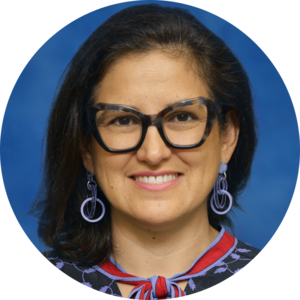 Professor of Oral Biology and Director of UB Microbiome Center, University at Buffalo

For a long time, microbiologists have known that certain bacteria need a large inoculum to be able to grow in laboratory cultures. One of these microorganisms is Porphyromonas gingivalis, an anaerobic species that primarily resides in the human oral cavity. P. gingivalis is associated with the oral disease periodontitis and has also been linked to non-oral diseases (eg. Alzheimer’s disease and rheumatoid arthritis). Having worked with P. gingivalis for nearly two decades, we knew it needed a large inoculum to grow but we had never evaluated this phenomenon in a systematic manner. In our recent paper in The ISME Journal (https://www.nature.com/articles/s41396-020-00865-y), we show that P. gingivalis requires a threshold cell density to grow and that a low molecular weight product in spent media of stationary phase cultures is responsible for growth induction.

With these results in hand, we then wondered: if P. gingivalis cannot grow from low cell-density populations, how does it colonize the human oral cavity? We knew from years of work characterizing the oral microbiome that P. gingivalis is a late colonizer, that is, it only becomes an abundant component of the dental plaque microbiome if the community is left undisturbed and allowed to mature. We speculated that early colonizing species may allow establishment of P. gingivalis by providing it with the growth-promoting cue. After evaluating a handful of ubiquitous early colonizers, we observed that none needed a threshold cell-density to grow in mono-culture. Moreover, one of the early colonizers tested, Veillonella parvula, was able to support growth of low cell-density P. gingivalis, and it did so through a low molecular weight soluble factor that accumulated in the spent medium. Therefore, based on these in vitro experiments in simple old-fashioned culture tubes, we developed a model hypothesis in which V. parvula, an initial colonizer, establishes and increases in biomass allowing P. gingivalis to colonize and cause disease.

We needed to test our hypothesis in model systems relevant to the oral cavity. Using a chemostat bioreactor inoculated with a polymicrobial community, we observed that under open flow continuous culture conditions, V. parvula was beneficial even for high cell density P. gingivalis allowing it to achieve a higher and more stable biomass. The idea for the final proof of relevance for the interaction we had uncovered came after the two authors of this post shared a bus ride from a conference center to a restaurant in Giessen, Germany, and on the way designed the next experiments. We decided to use a ligature-induced periodontitis mouse model to evaluate the interaction between V. parvula and low or high cell-density P. gingivalis. In this periodontitis model, silk ligatures are tied around the posterior teeth of mice, inducing bacterial accumulation and an inflammatory response that leads to bone loss, the hallmark of periodontitis. These experiments showed that unless aided by V. parvula, low cell-density P. gingivalis was unable to colonize and augment bone loss, despite the inflammatory environment already created by the ligature. Echoing our bioreactor results, V. parvula also helped high cell-density P. gingivalis increasing its colonization levels in the mouse oral cavity.

Although far more work is needed to uncover the mechanisms behind, and the chemical identity of, the soluble cue(s) mediating growth of P. gingivalis, our manuscript represents a novel mechanistic paradigm whereby microbial successions and inter-species communication, via diffusible signals exchanged by early and later colonizers of polymicrobial communities, culminate in pathogen establishment and emergence of disease. These principles of community assembly and maturation may operate in a broad range of community types, including other human body sites, additional hosts and environmental communities.

Killing one bird with two stones: a combinatorial approach for fighting drug-resistant fungi

Professor of Oral Biology and Director of UB Microbiome Center, University at Buffalo