A question of flexibility: How Nitrospira thrive at pH > 10

When thinking of Austrian landscapes saline waters do not come to mind as the first feature, indeed they might not even make it on to the mental list at all. What a tragic misconception! Only an hour drive away from Vienna the unique ecosystem Pannonian Steppe begins, which extends into Hungary, in the southeaster part of central Europe. Romania, Bulgaria, Serbia and Slovakia. Its characteristic elements include treeless grassland plains, saline steppes, and saline-alkaline lakes. Even though the salinity of these shallow, fish-less lakes never reaches marine levels, it can roughly climb as high as 15 g of salts per liter. With pH values ranging from 8 to above 10 many of the lakes can be classified as extreme habitats for plants, animals, and microbes.

While our research group in Vienna has been studying our favourite microbes, nitrite-oxidizing bacteria (NOB) from across the globe for years, we focused our scientific attention to these lakes only recently - despite the vicinity of this special ecosystem to our lab. NOB are chemolithoautotrophic bacteria that gain energy by the oxidation of nitrite to nitrate. This conversion is the second step of nitrification and a crucial step in the nitrogen cycle, as it supplies other organisms with nitrate – a form of nitrogen that can easily be assimilated or used as a terminal electron acceptor. Because of their importance for nitrogen removal from wastewater, most NOB research has focused on their roles in wastewater treatment plants.

Hoping to discover and study unique NOB in the saline-alkaline lakes of the Austrian Pannonian Steppe, we teamed up with the Biological Research Station of the National Park Neusiedler See – Seewinkel, which protects large areas of this extraordinary landscape. Visiting the National Park for the first time at the very start of my first ever PostDoc project, I was immediately fascinated by the beautiful nature with heaps of exceptional plants and animals. Surely, there was also exciting microbiology going on here! After an initial PCR screening for NOB in sediments of nine lakes it became apparent that Nitrospira were the dominant known NOB in these systems. Using next generation amplicon sequencing, we then identified diverse Nitrospira populations and found indications for a strong influence of pH and salinity on their community composition.

Knowing that Nitrospira had been present at the time of sampling, we were really curious to find out whether they were also able to oxidise nitrite at the elevated levels of pH and salinity that we observed in the lakes. And if so, how were they adapted to these extreme conditions, which all other known Nitrospira would not tolerate? Answers to these questions were delivered by Nitrospira enrichments, which we obtained through careful incubation of lake sediment. For this purpose, we designed a mineral nitrite medium that mirrored the chemical composition, salinity, and pH of the lake waters as closely as possible. Just a few weeks after inoculation we were excited to observe first nitrite-oxidizing activity in these young cultures. That was thrilling, because most NOB grow very slowly (if at all) in the lab and new cultures can take months until activity is detectable. Many passages, dilution efforts, and a lot of patience, eventually led us to obtain the highly enriched culture of a new Nitrospira species. We named this organism “Candidatus Nitrospira alkalitolerans” after its unusual tolerance to pH levels above 10.

To learn more about the adaptations of Nitrospira to this extreme environment, we sequenced the metagenome of the enrichment and reconstructed the genome of “Ca. Nitrospira alkalitolerans” from this dataset. There we found numerous genetic features that likely are crucial for the survival of this strain in saline-alkaline lakes. Among them were modifications of the core metabolism for energy conservation, such as a sodium-driven ATPase and NADH:quinone oxidoreductase complex next to the proton-driven forms which are usually found in Nitrospira. Another example is the multitude of sodium/proton exchangers which are encoded in the genome. These ion transporters aid in pH and cation homeostasis. They may cooperate with the sodium- or proton-dependent membrane complexes of the respiratory chain to adjust the intracellular ion concentrations and the membrane potential under saline-alkaline conditions.

With this study we have started to understand a little bit about nitrite oxidation in the saline-alkaline lakes of the Austrian Pannonian Steppe, but plenty of open questions still haunt me way into my current projects. I sincerely hope to continue working with microbes from this amazing ecosystem that does not cease to inspire my scientific curiosity. 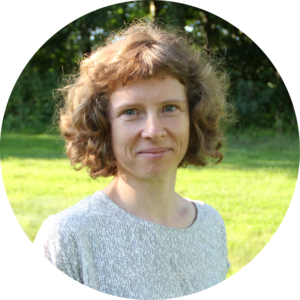