Mutualisms between symbiotic microbes and animals are ubiquitous in nature. The foundation of many mutualisms are nutritional relationships. The well-studied mutualism between bark beetles and their fungi has become a classic model system in the study of symbioses, yet the mechanism remains elusive.

Adult bark beetles vector symbiotic fungi to new host pine trees in specialized structures called mycangia, while fungi inoculated in the brood chambers typically enhance the food resources of the next generation of developing beetle larvae. Despite the nutritional competition between bark beetles and beneficial fungi in the same nutrient-poor niche, particularly evident since bark/phloem is extremely limited in usable carbon and nitrogen feeding substrates, bark beetles still maintain mutualistic associations with beneficial fungi over time. The mechanism behind maintaining the mutualism, however, remains largely unknown. Here, we demonstrated the invasive bark beetle Dendroctonus valens LeConte relies on the symbiotic bacterial volatile ammonia, both as a nitrogen source and as a signal, to regulate carbohydrate metabolism of its mutualistic fungus Leptographium procerum.

While at first this may seem to spell doom for the beetles, the fungi alleviate nutritional competition by converting the abundant starch available in the phloem into the highly preferred D-glucose, resulting in the developing beetle larvae to grow larger and more vigorous (low mortality). Ammonia significantly reduces competition of L. procerum for carbon resources for D. valens larval growth and increases fungal growth. Using stable isotope analysis, we show the fungus breakdown of phloem starch into D-glucose by switching on amylase genes only in the presence of ammonia. Deletion of amylase genes interferes with the conversion of starch to glucose, and the mutualism is halted. The acceleration of carbohydrate consumption and the conversion of starch into glucose benefit this invasive beetle–fungus complex. Taken together, these results indicated that accelerated consumption of carbohydrates by the mutualistic fungi L. procerum improves the chances of this mutualistic fungal symbiont to outcompete other microbial competitors and leads L. procerum to be the dominant fungus in the gallery with different life stages, while providing abundant resources for beetle, whilst the bacterially produced ammonia provides a nitrogen source in an extremely limited N environment. All these factors contribute to maintaining the stability of the bark beetle–fungus mutualism.

The nutrient consumption–compensation strategy mediated by tripartite beetle–fungus–bacterium enables the maintenance of this invasive mutualism under limited nutritional conditions, exacerbating its invasiveness with this competitive nutritional edge. Understanding the consumption–compensation strategy not only provides novel insights into the maintenance of insect–microbes mutualisms, but also may lead to the exploration of new management strategies for these devastating forest pests. 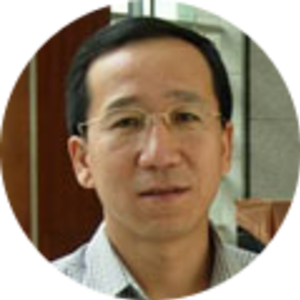