In our paper, we report a multi-compartment, two-organism genome-scale metabolic model to study the metabolism and emergent properties of a rhizobium-legume symbiosis.

The rhizobia are a polyphyletic group of fascinating soil bacteria with diverse metabolic capabilities and unusual genome organizations. Their claim to fame, however, is their ability to enter into an endosymbiotic interaction with leguminous plants, during which they convert atmospheric N2 gas into ammonia for use as a nitrogen source by the plant. This symbiosis can fulfill a plant’s entire nitrogen requirements, allowing the plant to thrive even in nitrogen-deficient soils. The oil crisis of the 1970s prompted significant scientific and governmental interest in rhizobia for their potential to displace nitrogen-based fertilizers in agriculture, which are produced industrially using the energy-intensive Haber-Bosch process. Since then, tremendous progress has been made towards elucidating the genetic determinants and metabolic features underlying rhizobium – legume symbioses. This knowledge provides the foundation for current projects using modern synthetic biology tools to engineer more efficient symbioses for improved crop yield, as well as the ambitious goal of transferring the symbiosis to non-legume crops.

One limitation to achieving these goals is a lack of systems-biology resources for integrating multi-layered datasets and for generating quantitative predictions on the impact of genetic or metabolic manipulations. We set out to address this issue through generation of a genome-scale metabolic model of the metabolism of a nodulated legume. The origins of this project can be traced back to 2014, when two of us (Alessio Mengoni and George diCenzo) met for the first time at the European Nitrogen Fixation Congress. Soon after, we began building the first iteration of a genome-scale metabolic model for Sinorhizobium meliloti, a model rhizobium whose genome sequence was published in 2001. We chose to work with S. meliloti as we felt it to be an ideal system for metabolic modelling as it has been the focus of extensive genetic and metabolic investigations by the scientific community. Indeed, the most recent version of our S. meliloti metabolic model, as presented in our recent publication, draws upon information from 240 literature sources! Thus, the efforts of the S. meliloti community allows us to feel confident in the quality of our model.

While refining our S. meliloti model, we quickly turned our attention to what we felt was the more interesting question: could we model the integrated plant-microbe metabolism occurring in a legume nodule? This goal was made easier by Thomas Pfau and his colleagues, who had built a metabolic model of the legume Medicago truncatula that is a symbiotic partner of S. meliloti. Over the next few years, we worked on developing the tools and pipelines needed to integrate these models in a way that accurately captures the intricacies of the symbiosis, while overcoming the many unexpected problems encountered along the way. The end result was a genome-scale model of the metabolism of a S. meliloti nodulated M. truncatula plant, which we colloquially refer to as ViNE for Virtual Nodule Environment. This model includes representations of shoot, root, and nodule tissue, with the nodule tissue further divided into five spatially and transcriptionally distinct developmental stages. Thus, ViNE allows not only for analysis of nitrogen fixation, but also of the genetics and metabolism of the preceding developmental progression.

To date, we have used ViNE to examine a few questions and generate interesting hypotheses for further testing. These include the effect of N2-fixation efficiency on plant growth, why C4-dicarboxylates (malate, succinate, fumarate) are used as the carbon source by N2-fixing rhizobia, and how metabolism differs across nodule zones. Going forward, we hope that ViNE becomes a useful resource for the scientific community by providing researchers a method to generate quantitative hypotheses for experimental evaluation and to serve as a platform for interpreting large-scale datasets.

For further information on ViNE, please refer to our publication in Nature Communications:  https://www.nature.com/articles/s41467-020-16484-2 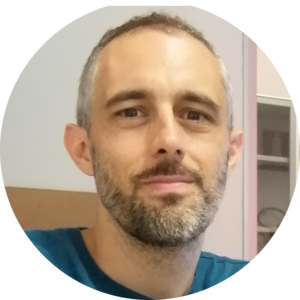