Alleviating dysbiosis of the rhizosphere microbiome 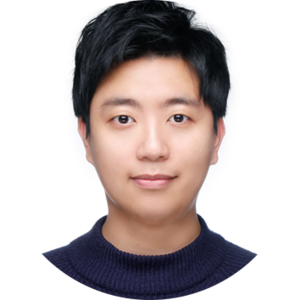 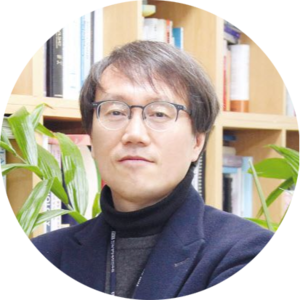 The root microbiome is known to modulate plant immunity and growth. The best example of how plant-microbiome interactions can influence plant immunity is disease suppressive soil, which is a type of soil that minimizes disease incidence despite the presence of virulent pathogens and susceptible plant hosts. For crop protection, most research to date has focused on generating suppressive soil by enriching soil with protective microbiota. However, the exogenous introduction and enrichment of soil with a single beneficial microbe is not sufficient to control plant disease under field conditions. Because a full understanding of soil nature has yet to be achieved, we are unable to overcome this limitation.

To investigate the occurrence of bacterial wilt disease caused by Ralstonia solanacearum under natural field conditions, we visited three different tomato farms located in Damyang, Youngin, and Gwangju, South Korea with uneven distributions of disease symptom occurrence. Wilted tomato plants showed severe disease symptoms, including stem blight, wilting of petioles, main stem, branch tips, and leaves, and chlorosis and necrosis of foliage; however, bacterial wilt disease appeared only in local areas and did not spread. Interestingly, unwilted tomato (healthy) and wilted tomato (diseased) were located within a 30 cm distance of each other (Poster image). At first, we thought that the soil of the diseased tomato would have a higher population of a causal pathogen R. solanacearum than the soil of the healthy tomato plants. However, there was no difference in the number of R. solanacearum between the rhizospheres of the healthy tomato plants and diseased tomato plants. Thus, our first question was: What is the difference between healthy soil and diseased soil separated by a distance of 30 cm? We evaluated whether treatment of the healthy soil microbial fraction suppressed bacterial wilt disease but diseased soil fraction did not. The result indicated it was microbiota composition, not the pathogen population, that was critical element for plant health.

We next asked which microbial components play a critical role in disease suppressive soil. To identify the keystone taxa for disease suppressiveness, we used 16s amplicon sequencing-based metagenome analysis. The results revealed a significant reduction in the abundance of Gram-positive bacteria including Firmicute and Actinobacteria in the diseased tomato rhizosphere compared with the healthy plant rhizosphere (Figure 1). These data led us to pose a new question: “Can we increase disease occurrence by disrupting only the Gram-positive bacteria component of microbiota in the healthy tomato rhizosphere?” In order to verify this, we selected vancomycin, an antibiotic that selectively inhibits cell wall synthesis of Gram-positive bacteria (Figure 2). As expected, vancomycin treatment of the microbial fraction from healthy tomato increased the severity of bacterial wilt disease in tomato. By contrast, vancomycin treatment of the diseased soil fraction did not affect disease severity. Our data demonstrate for the first time that dysbiosis of the protective Gram-positive bacterial community in the rhizosphere determines the incidence of disease (Figure 3).

Previous studies of microbiome dysbiosis have mainly focused on animal health. The dysbiosis of gut microbiota is tightly correlated with diverse diseases in animals. However, the role of rhizosphere dysbiosis in plant health has received relatively little attention. Although it was not possible to address directly the nature of rhizosphere dysbiosis, we found that soil suppressiveness could be recovered by supplementing soil with a synthetic community of bacteria composed of four strains of Firmicute and Actinobacteria.

Over the past decades, considerable research has been expended to find ways to maintain suppressive soil though the introduction and modulation of rhizosphere bacteria, but without much success. The main reason could be a lack of understanding of the nature and keystone taxa of the microbial network associated with disease suppression. Our data could provide a stepping stone to understanding better how disease-suppressive soil is converted to disease-conducive soil. In addition to supplementation , it will also be necessary to develop strategies to alleviate the dysbiosis of protective microbes for crop protection under field conditions. (This project was supported by KRIBB Initiated Program)