The use of beta-lactam antibiotics in patients significantly increases their risks of fungal infection by Candida albicans. However, the reason is unclear. In this work, we uncovered that gut bacteria-derived peptidoglycan fragments are the missing link for this important clinical problem. 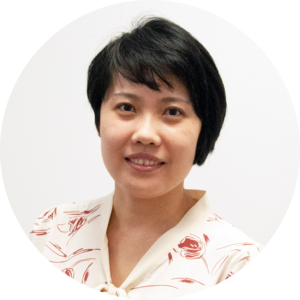 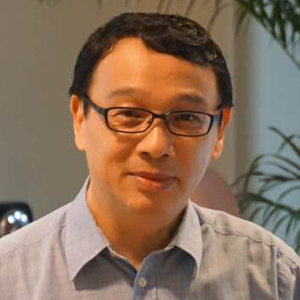 In polymicrobial communities in nature, microorganisms often engage a diverse range of small molecules as messengers in conversations with one another to influence and regulate their growth and phenotypes. One of the most densely populated microbial niches on Earth is the human gut, where trillions of bacteria, fungi, and viruses co-inhabit to form the gut microbiota. Alterations of the composition of this community can have significant impacts on host physiology, critically influencing health and disease.

We are interested in the roles of microbial molecules in the inter-kingdom communications in host gut microbiota, particularly in the context of fungal infections caused by Candida albicans. Elucidating and modulating these molecules may offer insights on risk factors and disease determinants, which may lead to innovative strategies for infection prevention and treatment.

The molecules that we focus on is the peptidoglycan (PGN), a conserved and essential component of the bacterial cell wall. During normal growth and division, bacteria can shed PGN fragments into the surrounding, which are known to act as ancient signalling molecules that influence the development of higher order organisms, such as Hawaiian bobtail squid and the fungus C. albicans (1,2). C. albicans is a harmless commensal in the gut of healthy people. However, it can become a deadly pathogen under certain circumstances, such as immunosuppression, mucosal barrier damage, and the use of antibiotics (Abx). In a previous study, we found that PGN fragments can stimulate the invasive hyphal growth of C. albicans in vitro (2).

An important clinical risk factor for invasive C. albicans infection is the use of Abx. However, the reasons behind it were not clear. A clue emerged from a report that β-lactam Abx causes the malfunctioning of PGN biosynthetic machinery, churning out large quantities of PGN subunits (3), whose structures highly resemble to those we previously identified to be active in triggering C. albicans hyphal growth (2). This enlightening connection led us to hypothesize that treatment with β-lactam Abx would cause the trillions of gut bacteria to release a massive amount of PGN subunits, which could promote C. albicans hyphal growth to penetrate mucosal barriers, leading to tissue invasion (Figure 1).

Encouraged by the initial observations, we then sought to identify the bacterial molecules that promote hyphal growth. As our hypothesis predicted a significant increase of PGN released by bacteria upon β-lactam Abx treatment, we first quantified PGN in β-lactam Abx-treated bacterial cultures by ELISA using a monoclonal antibody (mAb), which specifically recognizes muramyl dipeptide (4), a motif conserved in PGN across all bacteria. Strikingly, we detected 30-40 times more PGN in β-lactam Abx-treated cultures than untreated controls. When we added the anti-PGN mAb to sequester PGN in the culture medium, it completely abolished its hyphal induction activity, confirming that PGN molecules are responsible for causing C. albicans hyphal growth under the conditions described above.

Is the C. albicans hyphal growth in the gut following β-lactam Abx treatment due to gut microbiota-derived PGN molecules? To answer this question, we quantified the levels of PGNs in the cecum and the feces at intervals after β-lactam Abx treatment. We detected a sharp increase of PGN within six hours. Intriguingly, the PGN levels remained high for several days. Among several possible explanations, the most likely one is that resistant bacteria continue to grow and release high levels of PGN subunits in the presence of β-lactam Abx.

This study provides a mechanistic explanation for the increased incidences of invasive C. albicans infection following Abx treatment, a long-recognized but poorly understood risk factor. In summary, β-lactam Abx treatment forces the trillions of gut bacteria to produce a large amount of PGN fragments, which transforms the gut environment from suppressing to promoting C. albicans hyphal growth leading to invasion and dissemination (Figure 1). Understanding this mechanism may inform clinicians on the careful choice of antibiotics to minimize C. albicans infection in the future. It also offers new strategies to prevent or reduce the infection by sequestering the gut PGN or inhibiting its production. 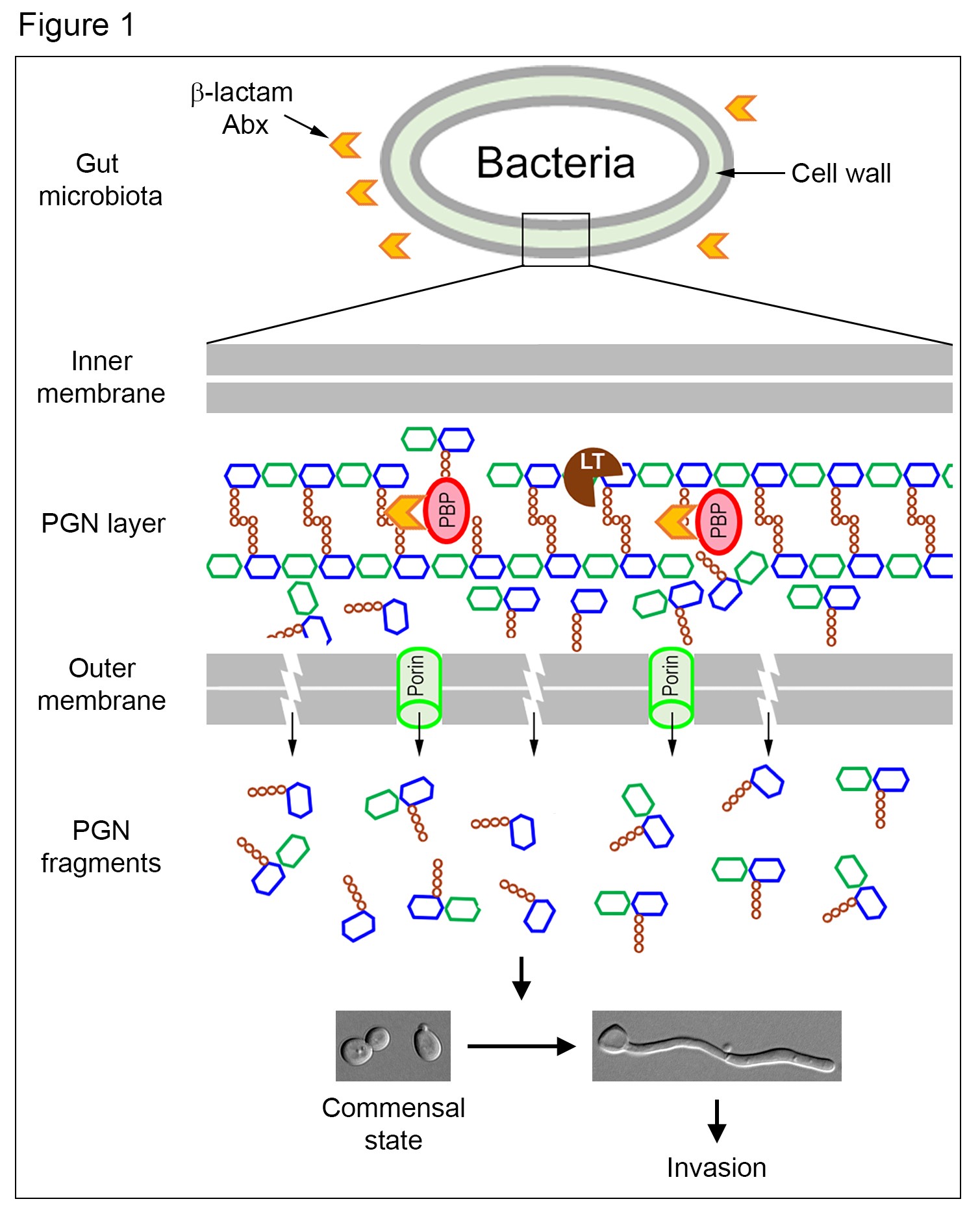