In this paper, we present structural and functional evidence for the antibiotic mode of action of the natural vitamin B1 antivitamin 2-methoxy-thiamine suggesting that cofactor enzymes may be druggable targets.

+1
Fabian Rabe von Pappenheim and 1 other See all
Postdoctoral Researcher, University of Goettingen 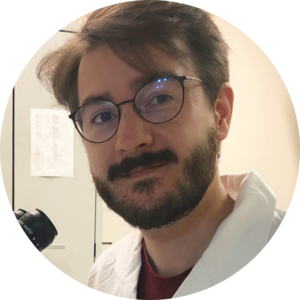 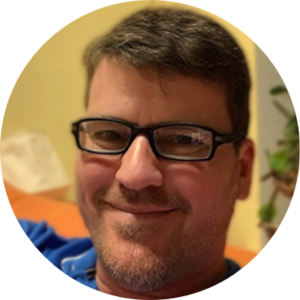 Facing the gradual depletion of the available natural antibiotic arsenal by development of multi-resistant bacteria, strategies for finding novel antibiotics classes are an important task. Traditionally, novel antibiotics are derived from natural precursor scaffolds, and act as inhibitors for basal processes in bacteria like protein or cell wall biosynthesis. Usually, these compounds bind to and compete for the active site of enzymes or the ribosome. A novel class of compounds, chemical analogs of genuine enzyme cofactors might be a promising new type of natural scaffolds with antibiotic potential. In recent years, three of those have come to the spotlight: roseoflavin, which is an analog of riboflavin (vitamin B2), ginkgotoxin, an analog of pyridoxin (vitamin B6), and methoxy-thiamine, an analog of thiamine (vitamin B1). All of these bear a small chemical modification compared to the corresponding vitamin and were shown to exhibit antibiotic, or in the case of ginkgotoxin additional neurotoxic effects. The mode of action of the thiamin antivitamin is unique: it binds to and inhibits the activity of thiamine enzymes, which are key players in central metabolism. Intriguingly, previous studies gauging the effect of 2-methoxy-thiamine on various thiamine enzymes revealed that the antivitamin-derived cofactor is coenzymatically active, and only inhibits some enzymes, while others remain active. It could be e.g. demonstrated that the pyruvate dehydrogenase complex of bacteria is strongly inhibited, while the human counterpart retained activity.

In our most recent work, we investigated the impact of the thiamine antivitamin on the enzyme transketolase, a key player of the pentose phosphate pathway, which was predicted to be inhibited by methoxy-thiamine. We obtained high-resolution structural and functional information on its binding mode and coenzymatic activity, and most importantly, compared the human and E. coli orthologs in that regard to gauge antibiotic potential.
The E. coli enzyme is strongly inhibited by methoxy-thiamine (3 % residual activity). Ultra-high resolution X-ray crystallography then revealed that the small modification in methoxy-thiamine (one additional atom) acts as the proverbial ‘atomic grain of sand’ in the finely tuned gears of cofactor activation. It defunctionalizes an extended proton relay system by virtue of steric clashes as well as forcing the relay to form a stable low-barrier hydrogen bond as a thermodynamic pitfall, ultimately abrogating cofactor activation. In contrast,
human transketolase does not bind methoxy-thimaine when the genuine thiamine is around demonstrating that the human enzyme can effectively discriminate between vitamin and antivitamin, albeit both compounds differ in only one atom.

To generalize our findings beyond the mode of action in transketolases, we employed molecular dynamics analyses on a set of bacterial and human thiamin enzymes, which rationalized the selective inhibition of bacterial thiamine enzymes by methoxy-thiamine.

Altogether, the presented data provide a proof-of-principle concept suggesting that antivitamins or derivatives thereof might be exploited to selectively inhibit bacterial cofactor enzymes provided the human orthologs effectively discriminate between vitamin and antivitamin as shown for thiamine enzymes constituting cofactor (vitamin) enzymes as druggable targets with promising potential as antibiotics.