Bacteria and virus: Friends or foes?

Virus and bacteria are not alone, they share the same biological niches, e.g. our gut and vaginal tract, they use the same nutrient resources, and they interact with the same host cells. What is the relationship between these microorganisms? Do they work together to fight host cells? Do they assist the host to benefit their living environment? Do they inhibit or use each other? Are they friends or foes?

We collected a large sample cohort (345) to study the vaginal microbiome from a young age group, under 30 years old, which constitute a high-risk group for HPV infection. The narrow age group also limits the effect from confounders such as the variability of hormone and immunity levels due to a large age span. We tested 27 HPV sub-types and analyzed their association with vaginal microbiota.  We found that HPV infection, both high-risk and low-risk HPV types, are associated with higher vaginal microbiota diversity. Participants with multiple HPV types, especially high-risk types, are associated with non-lactobacilli- dominated vaginal microbiota. The vaginal microbiota composition differs among HPV sub-types. Interestingly, Bacterial Vaginosis Associated-Bacterium (BVAB), which is most commonly associated with vaginosis conditions, but has not been included in most of the HPV microbiota studies, was almost exclusively present in the HPV- infected group. This bacterial species may be used as potential biomarkers or targets for HPV infection and treatment. We further compared the microbiota related to vaccination history and age differences and found no changes in vaginal microbiota after vaccination. This is another advantage of this study since there is limited data publically available on the influence of HPV vaccination on the vaginal microbiome. All the information is confirmed further by correlation analysis. All our data showed an important role for a balanced microbiota in vaginal health.

As this study comes to an end and more studies are ongoing, I have received emails from women infected with HPV, and affected by vaginosis, asking whether there is any probiotic on the market to combat HPV infection. Unfortunately, I could not recommend any probiotic except for mentioning some promising clinical trials. Studies on bacteria, such as Lactobacillus crispatus and its role in HPV infection and clearance, need further evaluation. It will be a long way to go, but we are on the right track to decipher the role our microbiota plays in HPV-infected individuals. 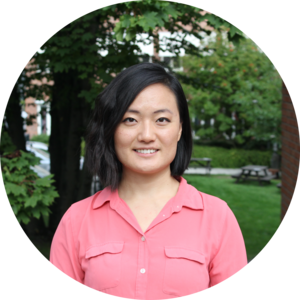