Bacterial promoters are conserved DNA sequences essential for transcription initiation. We usually think of the ‘textbook’ model; promoters in intergenic regions upstream of genes recruit RNAP holoenzyme to initiate transcription in one direction and an mRNA is made. Our lab has been interested in examples of promoters which do not fit this model, because they make non-coding RNA or are found in unusual places. These non-canonical promoters became the subject of my PhD project. While investigating them we made an unexpected observation; some promoters can drive transcription in both forward and reverse directions. In our recent Nature Microbiology publication, we show that examples of these bidirectional promoters are found all over the E. coli genome. In fact, bidirectional promoters are widespread throughout the prokaryotes, challenging our understanding of a ‘textbook’ bacterial promoter.

Our story started in 2013 with work done by a prior member of the lab, Shivani Singh. She showed that the Histone-like Nucleoid Structuring (H-NS) protein binds AT-rich DNA to redirect RNAP from spurious promoters and towards canonical promoters for mRNA synthesis. Shivani, and a subsequent PhD student Lisa Lamberte, went on to show that spurious promoters are widespread in E. coli, particularly inside AT-rich genes acquired by horizontal gene transfer. Such spurious intragenic promoters appear because of chance promoters in the AT-rich sequences.

Closer inspection revealed a single section of double stranded DNA containing DNA sequences with sufficient symmetry to act as a promoter in either direction. We call these bidirectional promoters; two divergent transcription start sites share the same promoter region with symmetry at key locations. Returning to our TSS mapping dataset, we realised that this phenomenon was not specific to horizontally acquired AT-rich regions of DNA. We mapped the distances between every top strand TSS in the genome and its closest bottom strand TSS. This revealed that there are many TSS pairs separated by a short distance, which have a shared promoter with regions of symmetry. In fact, 19% of all detected E. coli TSSs were separated by 7 to 23 bp on opposite DNA strands. The associated promoters are bidirectional. We then took TSS data sets from different organisms representing a range of bacteria and archaea. Bidirectional promoters are widespread in prokaryotes and consistently arise from AT-rich promoter elements with regions of symmetry.

We think our discovery has many interesting implications for understanding transcription regulation. For example, we are currently studying examples of bidirectional promoters positioned between divergent genes. Here, bidirectional promoters are responsible for divergent mRNAs. This creates a ‘balancing act’ between each side of the promoter, so when one side is activated the other side is repressed. This could occur because of competition for RNAP binding, as only one RNAP can bind to the promoter at a time. Activators which stabilise the RNAP in one orientation would then block RNAP binding in the opposite orientation. How transcription factors influence this process remains to be understood. Thus, bidirectional promoters likely present novel strategies for simultaneously regulating  divergent genes. 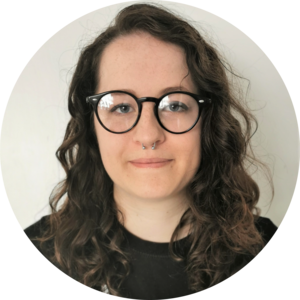