Naming nature is necessary to generate and organize biological knowledge. With genetic data, identifying micro-eukaryote species is far less ambiguous now than it was just a few decades ago. Indeed, breakthroughs in reef coral research is improved with attention to the symbiont species.

Naming nature is central to our ability to gain and organize biological knowledge. Whether it involves the taxonomy of species, or the genes in a genome and the proteins they encode, accurate and precise terminology is critical for understanding biochemical, cellular, and physiological pathways, as well as deducing fundamental processes in ecology and evolution. While our paper focused on the evolution of mutualistic dinoflagellates (zooxanthellae) essential to the health and well-being of reef-building corals, its critical findings were made possible by first establishing formal species designations based on the congruence of phylogenetic, population genetic, ecological and morphological evidence. Indeed, recent systematic revisions have initiated a renaissance in our understanding of ‘zooxanthellae’ diversity and its varied ecological interactions and evolutionary histories with animal hosts. While there are now 11 genera and counting, the near complete absence of species taxonomies, and how to distinguish one species from another, continues to hinder research, especially concerning how coral-dinoflagellate mutualisms are reacting to ocean warming.

“A species is what a good taxonomist says it is.” – unknown and some time ago

Identifying species is far less ambiguous now than it was a few decades ago with access to informative genetic data. Until recently natural historians lacked the insight that these facts provided. Use of DNA sequences has made the process of taxonomy and systematics far more objective and verifiable. Additionally, genetic information has been particularly important in transforming the identification and study of morphologically cryptic taxa, especially microbes. This was certainly the case for the tiny yellow-brown photosynthetic symbiont cells found in numerous invertebrate and protistian hosts, which were once thought to be a single species. Large quantities of genetic information were obtained over the course of many years and scores of research papers published; however, because there was no agreed upon formal taxonomic hierarchy, interpretations of symbiont ecology and evolution varied substantially and slowed scientific progress. My attempts to communicate the ecology and evolution of these mutualisms to general audiences felt like exercises in futility and triggered a professional mid-life crisis of sorts. For my therapy (and what had to be done), I got back to basics and turned to taxonomy and systematics.

As for our paper published recently in ISME J (Turnham et al. 2021), during twenty years of research, we have amassed a sample collection of branching corals in the genus Pocillopora spanning the Indian and Pacific Oceans. Working with these samples, lead author Kira Turnham (Penn State) described two species of symbiont, Cladocopium pacificum and Cladocopium latusorum, which consistently associated with separate species of Pocillopora over their extensive geographic distributions. This specificity has major implications in conservation efforts and how these mutualisms will respond to the ongoing warming of our climate. In delving into our data, we were able to determine the age of these partnerships and the climate changes they had to endure in the past to still be with us today. 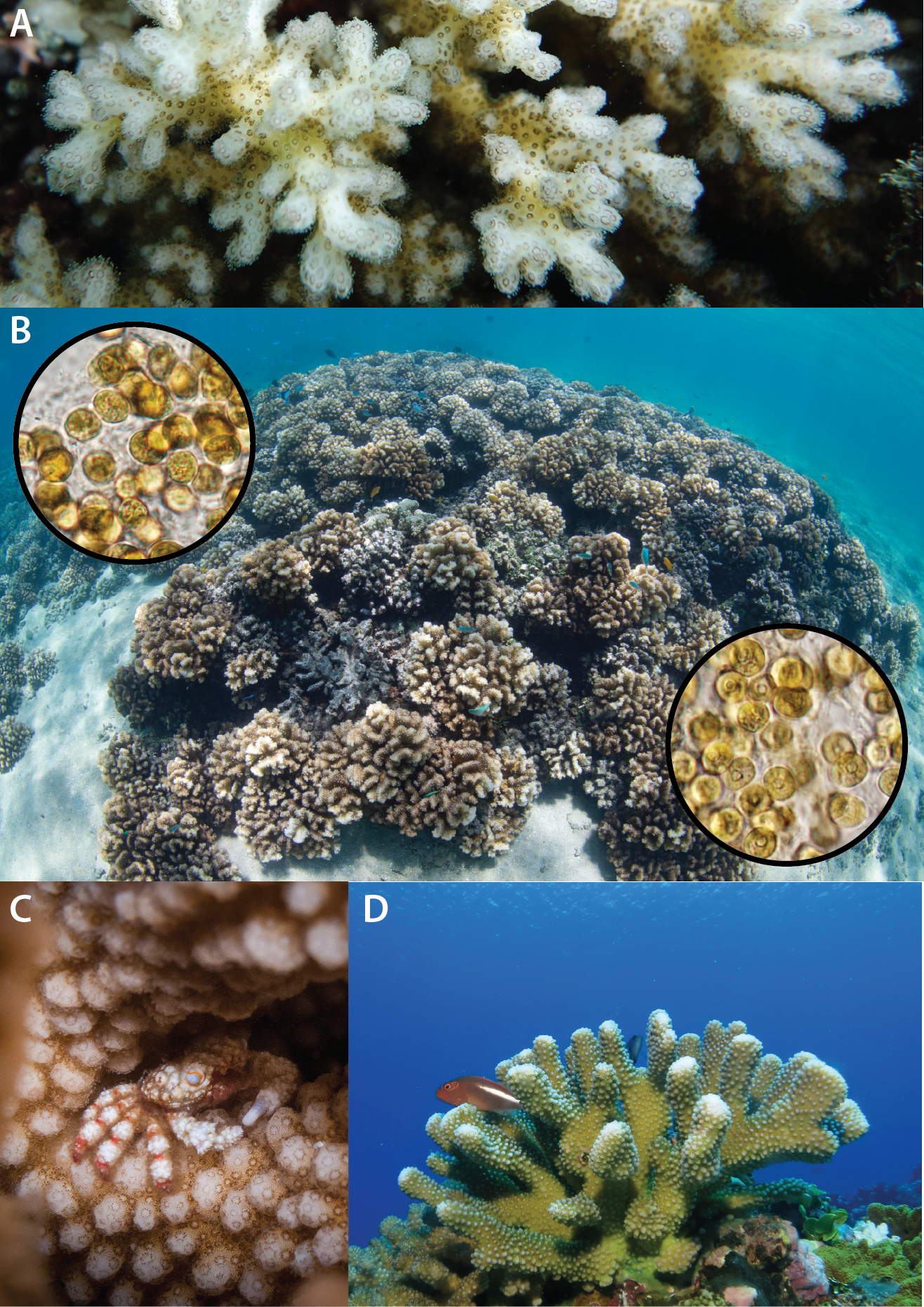 What dating can reveal about intimate symbiosis

Very few micro-organisms have fossil records, so it is difficult to accurately infer their evolutionary history and age. We were fortunate to have a way to calibrate the rate of DNA sequence change by using a well-timed geological event. For this, we relied on the occurrence of sibling species of two Porites corals, one evolved in the Eastern Pacific and the other in the Caribbean, which likely began diverging from a common ancestor following formation of the Isthmus of Panama some 3–5 million years ago. The close relatedness between each host is also reflected in their Cladocopium symbionts. We calculated about 2–3 Mya for the divergence of C. pacificum and C. latusorum with calibrations from the symbionts in Porites. This timing corresponds to when the Pocillopora were also diversifying and new species were forming, adding to recent evidence that host and symbiont speciation may co-occur. The significant take home is that coral mutualisms (involving both Pocillopora and Porites) have evolved and specific partnerships are maintained over geological time scales, despite major oscillations in global temperatures for which the Pleistocene is known.

A long way to go

There are hundreds of uncharacterized species of symbiotic dinoflagellates, each with their own unique history, geographic distributions, and physiological and ecological abilities. Their significance as mutualistic endosymbionts is undisputed, yet our understanding of them remains clouded by the lack of well-characterized and named species. Over the coming years this will change as new generations of scientists seeking to expand knowledge about these symbioses will incorporate some taxonomy into their exciting research 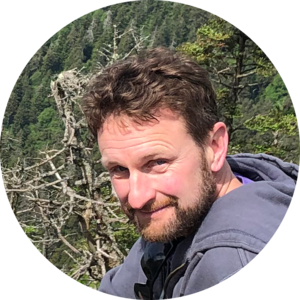