During mushroom walks in autumn the terms litter decomposer (LD) and wood decomposer  are frequently used in order to categorize saprotrophic mushroom species based on their substrate preferences. In addition, wood decomposers are further categorized into white (WR) and brown rot (BR) based on the type of decay they cause. One can easily foresee that such a broad categorization masks a much larger functional diversity present in mushroom forming fungi. The findings of our recent study corroborate this idea. The plant cell wall decomposition gene networks of mushroom forming fungi appear to be modular. This means that a species can selectively lose (or lack) certain genes related to the degradation of one biopolymer (e.g. lignin), but maintain all other gene networks necessary for the decomposition of the plant cell wall. The best known example of this case are the brown-rot fungi that specifically lack genes related to the enzymatic degradation of crystalline cellulose and lignin.  Our recent study expands such cases to include species traditionally placed in litter decomposers or white-rot wood decomposers, but lack specifically all ligninolytic genes or only genes related to pectin degradation or the even more unusual situation where a species lacks only genes related to amorphous cellulose degradation. The functional implications of those genomic characteristics are not clear. Are some of those species secondary decomposers? And what is their origin? Therefore, it is becoming apparent that while the terms litter and wood decomposer will not cease to be used, as genome sequencing is increasing, we may have to revise some of this terminology to more accurately describe the functional diversity of saprotrophic mushroom forming fungi.

But in order to do this, we will need proof that the differences in the number and types of genes related to the decomposition of the plant cell wall between species correspond to functional differences. In our recent study we found a strong separation of litter decomposers and white-rot fungi from brown-rot fungi in relation to their genomic composition in cellulolytic genes (Fig. 1). The separation is particularly related to the well-known gene losses related to crystalline cellulose decomposition seen in brown-rot fungi. We tested whether this genomic signature corresponds to a functional signature connected to the degradation of crystalline cellulose using Raman spectroscopy. Our results highlight that this is possible and may additionally explain why brown-rot fungi selectively have lost genes related to crystalline cellulose decomposition. Therefore, the combination of genomic and spectroscopic data provides an exciting, and challenging novel way to combine genes, function, and evolution in fungi. 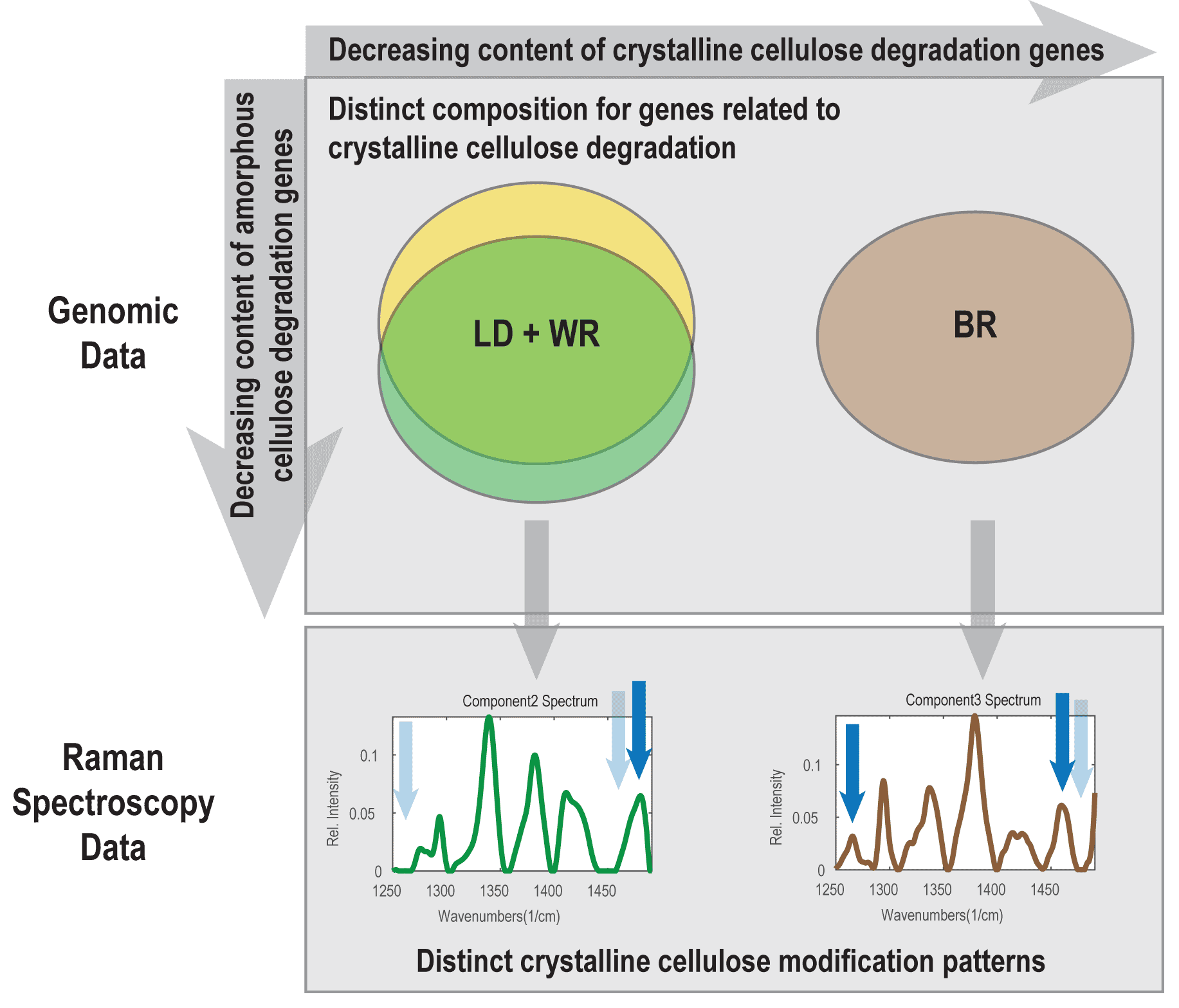 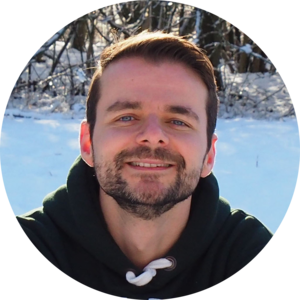