Bacteria and their viruses (bacteriophages) are locked into an evolutionary contest for survival. Bacteria have evolved multiple mechanisms to protect against phage infection, in manners that can be likened to an immune system. Our immune system is comprised of both adaptive and innate immunity responses. In bacteria, CRISPR-Cas systems exemplify a form of adaptive immunity. The observation that sequences within CRISPR arrays (known as spacer sequences) derive from foreign genetic elements was central to the discovery of their function. Although initially recognised for their role in phage defence, they can target additional mobile elements such as plasmids or Integrative Conjugative Elements (ICEs) too. In effect, CRISPR-Cas systems provide bacteria with a molecular memory of past infections, and a mechanism of targeted degradation against invading DNA.

In our paper we try to better understand the contribution of CRISPR-Cas systems to the evolution of the opportunistic pathogen Pseudomonas aeruginosa.  When considering this type of immunity protection in bacterial genomes, what’s really interesting is that not all invading DNA can be considered “bad”. Many mobile genetic elements can be either parasitic or beneficial, depending on the conditions, and the nature of the immunity provided by CRISPR-Cas raises the possibility that these systems may constrain horizontal gene transfer (HGT) more broadly. While experimentally the ability of CRISPR-Cas systems to block invading DNA is clear, the influence of these systems over longer time scales may vary considerably between families.

What work led to this paper?

We began exploring CRISPR-Cas systems with an initial interest in identifying spacers that may constrain antibiotic resistance spread in a clinical collection of P. aeruginosa genomes. Our search for spacers predicted to target acquired resistance genes directly wasn’t fruitful. However, from this we became interested in investigating the role of CRISPR-Cas systems in this important pathogen more broadly, and were able to use the available collection of high-level assembly genomes in order to do so.

What did we find?

Our work supports that Pseudomonas is faced with a clear trade-off between CRISPR-Cas systems, which protect against genetic parasites, and HGT, which facilitates adaptation to new ecological niches and stressors. For example, broad scale comparisons revealed that CRISPR-Cas systems are associated with smaller genome size and a higher GC content, which is indicative of reduced acquisition of low GC mobile elements. In our fine scale approach, it was exciting to find that spacers in genomes with predicted active CRISPR-Cas systems actually map to mobile genetic elements that are uniquely integrated into the chromosomes of close relatives lacking CRISPR-Cas immunity. This provided compelling evidence that an absence of CRISPR inhibition of HGT has contributed to genome divergence and expansion in these lineages. Relating back to our initial thought of trying to identity spacers that may constrain antibiotic resistance spread in clinical isolates: a search for spacers predicted to target acquired resistance genes directly wasn’t fruitful, but we found spacers targeting the mobile genetic vehicles that resistance genes may be carried on (or their conjugal apparatus) were widespread across the diversity of P. aeruginosa. 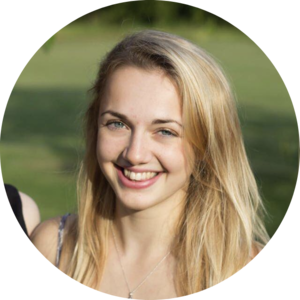