Menu
A community from Nature Microbiology
Contributor Comms Biology
Behind the paper, Under the microscope

CRISPR/Cas9 has revolutionized how we edit genomes, taking a simple, "cut and paste" approach to DNA modification. But is hope lost for researchers when one of these processes fails? 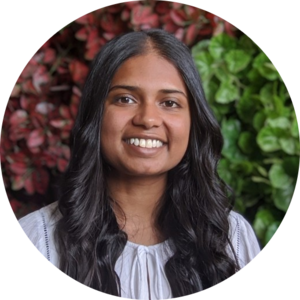 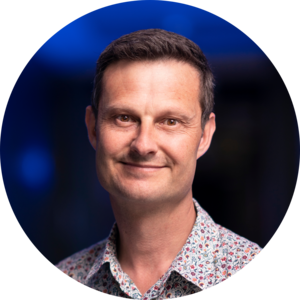 Head of lab, viruses and immunity, The Australian National University

The process of molecular cloning is troublesome at the best of times. Antibiotic selection and resistance gene coupling has allowed researchers to introduce potent selection biases and ease the pain of isolating desired DNA sequences. However, a similarly robust tool has yet to be described for selection of recombinant viruses. Drugs and other selection tools can work for large DNA viruses, but the methods lack efficiency and leave unwanted genes behind, which is unsuitable for development of viral therapeutics. Live vaccines for example, require precision in their generation as researchers take immunogenic parts of disease-causing viruses and temper these with safe vaccine vectors. Consequently, a virological selection tool would not only be helpful, but necessary in these trying times.

CRISPR/Cas9 is a technique that has gained fame in recent years due to its simple approach to gene editing. It typically functions by guiding Cas9 to cleave DNA, then relying on cellular DNA repair pathways to fix these double-stranded DNA breaks, which is how the magic of gene editing occurs. This works well in many contexts - examples include genetically-modified mice, fungi and even viruses, such as herpes simplex type 1. However, as described in "Rapid poxvirus engineering using CRISPR/Cas9 as a selection tool", this dance between Cas9 and cellular repair pathways is not always smooth. 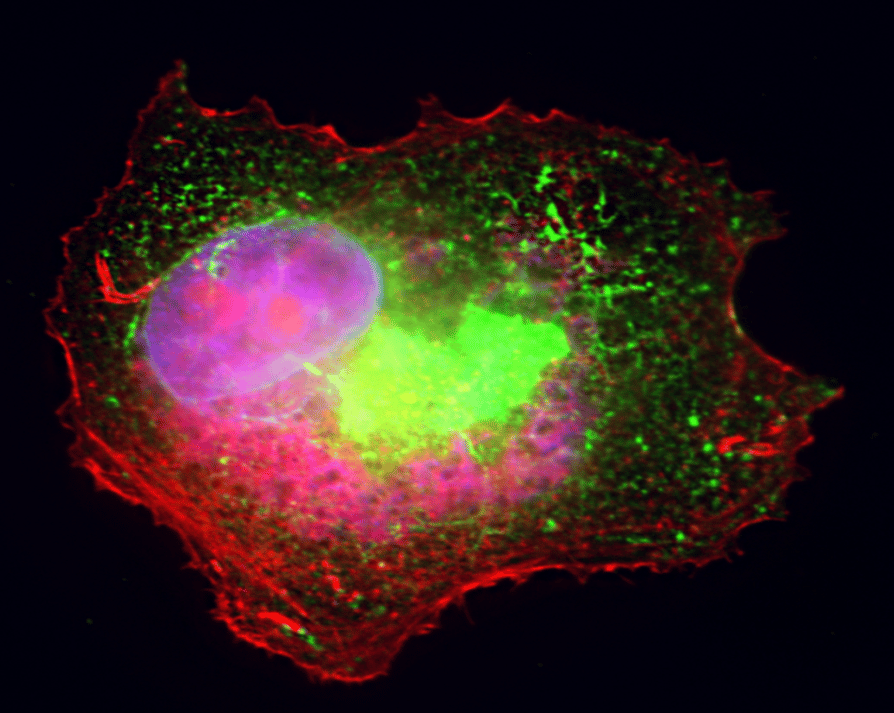 Figure 1 - Vaccinia virus (green) replicates not within the nucleus (blue), but within the cytoplasm of infected cells.

Vaccinia virus first appeared in the public eye during the smallpox eradication campaign. In recent years, however, a secondary use has become apparent - as a robust vector for infectious disease and cancer vaccines. The virus has a number of favourable features, such as its safety in immunocompetent people, its ability to be grown up in large quantities and the amenability of its genome to substantial genetic manipulation. As a result, it is currently considered a gold-standard vector virus and forms the backbone of a promising SARS-CoV-2 vaccine candidate.

Due to these features, we began a journey in 2014 to implement a CRISPR/Cas9 model for rapid generation of vaccinia-based recombinant viruses. However, two undergraduate students, a graduate student and a tenacious lab manager later, we found CRISPR/Cas9 functions differently during vaccinia virus infection than for other DNA viruses, such as herpes simplex type 1. Using fluorescent virus models, we demonstrated that Cas9 cleavage was much more efficient than DNA repair, leading to an accumulation of cleaved vaccinia DNA. The output of these systems consequently was a massive reduction in viable viral genomes. 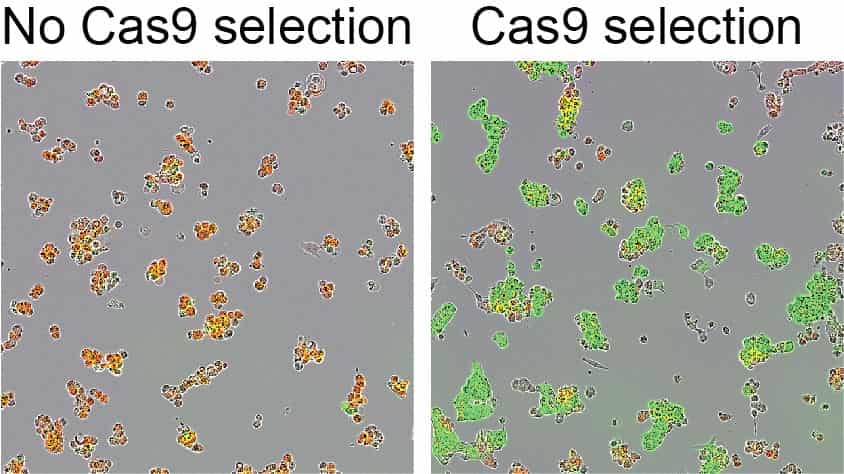 Figure 2 - When a mixed virus population is present, mCherry-specific guide RNA can be used to cut mCherry+ genomes, leading to selection and outgrowth of the minor, Venus+ population.

Despite being initially disheartened, we realised that Cas9 could be used in a novel manner for selection of recombinant vaccinia viruses. When using traditional homologous recombination to edit vaccinia virus genomes, edited viruses are often difficult to detect due to their low frequency. However, by designing a Cas9/guide RNA complex that is complementary only to unedited virus genomes, we "kill" off parent viruses and drive selection of the desired recombinants. This can be seen via microscopy, where the Venus+ (green) minority are selected from a background of mCherry+ (red) viruses, using an mCherry-specific Cas9/guide RNA complex (Figure 2). Note that in the absence of selection, mCherry+ viruses dominate. To see this in live cells - watch our supplemental video.

The application of this Cas9-driven method allowed robust selection, enabling easy identification of genetically modified viruses within a week. This includes viruses that have new genes added as shown with our fluorescent virus experiments and more significantly, viruses with only a handful of changes to their DNA sequence. It is applicable to any site in the genome that can be targeted by Cas9 via the suitable design of a guide-RNA.

We are also excited to see that the anti-viral nature of Cas nucleases has been harnessed to attack viruses with RNA as well as DNA genomes, including SARS-CoV-2 and influenza. suggesting Cas selection could function not just for poxviruses but for many burdensome viruses. With this approach, the rapid generation of vectored vaccine libraries, vaccines for emerging diseases and personalisation of cancer vaccines and virotherapies are now in closer reach.