The seemingly casual question “So what do you do?” never fails to trigger the same response in strangers, scientists or not. My answer of “I study diarrhea” first results in nervous laughter and when the person in question realizes I was not actually joking they ask “Seriously? But like, diarrhea how?” marking the start of a usually rather long explanation of what the microbiota is and how we can study it to learn more about human health. Specifically, this conversation is centered around Clostridioides difficile infection (CDI) and how we can use the microbiota to predict disease.

C. difficile is an opportunistic pathogen topping the list of common causes of healthcare-associated infections across the globe. The associated disease, CDI, is the most common form of infectious antibiotic-associated diarrhea (AAD) and is manifested as frequent discharges of liquid (disgusting) diarrhea. The most established risk factor for this disease is treatment with antibiotics, broad-spectrum in particular, and disproportionally affects elderly and hospitalized individuals.

In a large, EU-funded clinical study entitled ANTICIPATE including around 1000 elderly hospitalized patients across Europe, an international collaborative group of researchers from Belgium, France, the Netherlands, and Germany sought to identify biomarkers predictive of CDI development. My role in this project was to specifically look at microbial composition to identify microbiota-based biomarkers predictive of CDI.

During CDI, the gut microbiota is severely disrupted when compared to a healthy community with a diminished bacterial load and species diversity. Since certain lowly abundant taxa in the microbiome are essential for gut health, disruptions can result in large detrimental effects on functionality. Since antibiotics are known to cause perturbations in this vast microbial community harbored within our digestive system and constitute a risk factor for CDI, we wished to see if distinct compositional differences could be observed before any perturbations had occurred, in other words, before any antibiotics had been administered and before development of infection.

Our hypothesis was that patients who later developed CDI would have a baseline composition bearing slight resemblances to the disrupted CDI-microbiota observed in patients with diarrhea. By distinguishing patients without diarrheal symptoms from those developing clinically confirmed CDI and those with other forms of AAD during the study, we could observe clear differences in the gut microbiota before administration of antibiotic treatment in the different patient groups. Interestingly, patients developing both CDI and AAD had a distinct microbial footprint at baseline.

Additionally, we wished to quantify the antibiotic impact on gut microbiota composition as well as during diarrhea to see how the composition evolved over time. To determine the impact of antibiotic treatment on the CDI, AAD, and non-diarrheic microbiota we divided patients into groups based on antibiotic classes received and excluded those who received more than one compound. We found distinct and profound antibiotic-induced alterations in microbial composition, commonly known as dysbiosis, and observed a depletion of bacteria that produce essential metabolites necessary for gut homeostasis as well as a drastic increase in enteropathogenic bacteria. Interestingly, the bacteria increasing in abundance after treatment were similar to those descriptive of the pre-treated microbiota of patients developing CDI.

Finally, when looking at how the composition developed between the post-antibiotic timepoint to the onset of diarrhea, the microbiota further deteriorated into a severe state of dysbiosis with larger numbers of depleted bacteria and even higher levels of enteropathogenic organisms. As predicted, the pre-treated microbiota showed similar features when compared to that of patients with ongoing CDI. Interestingly, it was distinct from patients with other forms of AAD at baseline, but when patients with ongoing CDI and AAD were compared their diarrheal microbiota showed many similarities.

After establishing the pre-disease microbial composition in the gut as well as the evolution it undergoes toward disease, we wished to see if we could utilize these findings to predict disease outcome. Although everyone involved in the study did their utmost to ensure that we would account for the rather low incidence of CDI in order to study the pre-disease microbiota, this study struggled with obtaining sufficient numbers of observations to confidently draw conclusions regarding the predictive status of our findings constituting. The low CDI incidence constitutes the main difficulty when designing a study of this magnitude as you need to enroll approx. 100 patients to obtain one single case. Therefore, to ensure that our findings were applicable in other patient settings as well, we identified a previously published study with similar prospective design that could be utilized for validation. Despite the many differences between the datasets, we found similar pre-disease microbial communities in hospitalized patients from a decade prior to our study, ensuring its applicability in disease prediction.

As a result of poop, sweat, and tears, this project yielded two back-to-back publications, one filed European patent, and a large chunk of what was to become my PhD thesis in addition to triggering countless poop jokes and earning me the strange reputation of being a “diarrhea expert”. I had the opportunity to travel within Europe during the course of the study to share our findings with a wide network of fellow researchers and to learn from my peers. Although we have only taken a first step toward development of a microbiota-based diagnostic test predictive of CDI, it opens up a new avenue for targeted preventive treatment that could help eliminate the condition as a whole.

For more details on the study described in this post, check out the full paper. Make sure to also check out the  associated back-to-back publication entitled “Incidence and predictive biomarkers of Clostridioides difficile infection in hospitalized patients receiving broad-spectrum antibiotics” and the associated "behind-the-paper" post. 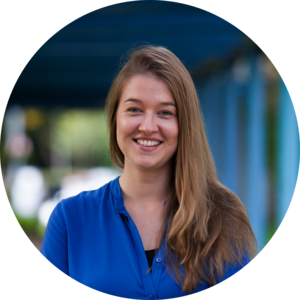