Does the breast milk microbiome include fungi?

+1
Shirin Moossavi and 1 other See all
Postdoctoral Fellow, University of Calgary
Follow 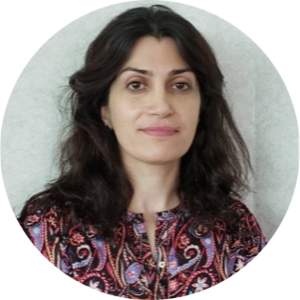 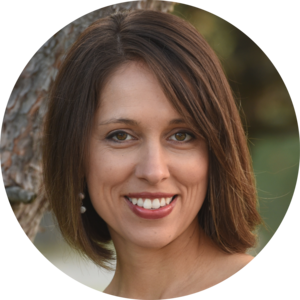 It is now well established that breastfeeding is the strongest modifiable factor shaping infant microbiome development. Decades of dairy milk research have shown that milk contains a diverse collection of microbes, and while these were initially viewed as unwanted contaminants, it is now becoming clear that microbes are naturally present in milk from healthy mothers of all mammalian species. In fact, it has been estimated that breastfed infants ingest 104 to 106 bacteria per day (based on an average daily consumption of 800 mL of milk). However, until now, the vast majority of milk microbiology research (including our own research in the CHILD Cohort Study) has focused exclusively on bacteria. Inspired by new evidence from our lab mates studying fungi in dairy milk, and motivated by the growing interest in fungi as important members of the human microbiome, we decided to re-analyse the CHILD breast milk samples - this time looking for fungi.

Using the rich metadata available through the CHILD Cohort Study, we comprehensively assessed the association of breast milk fungi with maternal, infant, early life, and milk factors. We also collaborated with CHILD researchers who specialise in environmental science. This allowed us to study many factors that are not commonly available in human studies, such as the population density and green space surrounding each home, and interior home environment characteristics including dust, moisture, and mould. These environmental features greatly expanded the scope of our analysis, building on our theoretical framework of the origins of milk microbes. Since we had previously analysed bacteria in the same samples, we were able to examine the inter-kingdom associations between fungi and bacteria.

In contrast to the universal presence of bacteria in all milk analysed, we detected fungi in only 20% of samples, which raises the question: are fungi universally present in milk?  If not, could this help explain the non-universal presence of fungi in the infant gut over the first year of life? And is this a reflection of the variability of environmental fungal in different regions and across different seasons? Indeed, some of the strongest predictors of the presence of milk fungi in our study were the city of residence and season of sample collection.

Interestingly, when it came to inter-kingdom interactions, bacterial composition was a strong determinant of fungal presence in milk, independent of the home environment. Also, in samples containing fungi, there were negative correlations between the relative abundances of specific bacteria and fungi. We speculate three potential scenarios to explain this observation (Figure): 1) some milk bacterial communities are more permissive to fungal presence and proliferation, 2) milk bacterial dynamics are influenced by fungi when they are present, and/or 3) milk bacterial composition is influenced by the milk environment, which also independently facilitates fungal inoculation or colonisation. Conceivably, these interactions might actually occur in the infant mouth before retrograde transfer to the milk during breastfeeding.

The milk microbiome is controversial in the sense that scientists are divided on whether it represents an evolutionarily-conserved mechanism of microbial selection and vertical transfer from mothers to infants, or a natural consequence of exposure to the infant mouth and/or pumping apparatus. Our study cannot answer this question – but regardless, we believe that any microbial species found in milk are important as they are ingested by the infant. These milk microbes may contribute to the well-documented health effects of breastfeeding, including a lower risk of non-communicable diseases such as asthma - an association which is partly mediated by infant gut microbiota. If breastfeeding is modulating infant microbiota development by enriching, protecting, and delivering bacteria and potentially fungi to the infant respiratory and gastrointestinal tract, it is plausible that alterations in milk bacteria and fungi could influence trajectories of respiratory and gut health. We are currently exploring these questions in the CHILD Cohort as the ‘infants’ (now 8-10 years of age) continue to be followed and evaluated for childhood asthma - stay tuned!

Bacterial icon were obtained from vecteezy under free licence.