The use of dietary or nutritional supplements in Western countries is extensive and noticeably increasing. Their use is fostered by aggressive marketing and media reports that emphasize health benefits̶ often without supporting evidence.  Fish oil pills, rich in omega-3 polyunsaturated fatty acids, are one of the world’s most popular dietary supplements with a market value of $3.28 billion USD. Pregnant and breastfeeding women are encouraged to take omega-3 supplements such as EPA and DHA to promote infant development. However, there is very little evidence that these supplements improve infant health and an increasing number of meta-analyses show no improvement in infant cognitive function, visual acuity, motor skills, behavior or language development, with supplementation. There is, however, evidence that omega-3 polyunsaturated fatty acids influence immunity.

Mostly, omega-3 fatty acids are promoted for resolving inflammation. In other words, they are anti-inflammatory or they suppress the damaging effects of chronic inflammation.  Indeed, if this is true fish oil supplements could be considered beneficial for chronic inflammatory diseases which often plague an adult with a chronic disease like cardiovascular disease or arthritis. But what does decreasing inflammation mean for infectious diseases? What about for infants whose immunity isn't yet developed during the first year of life?

Many older studies performed in rodents have shown that fish oil supplements cause death due to reduced clearance of Salmonella, influenza virus, M. tuberculosis, L. monocytogenes and reovirus. Notably, fish oil supplementation increases the expression of ACE2, the receptor for SARS-CoV-2 causing COVID-19 (PMID: 23676336). In our earlier work, we showed that fish oil supplements consumed during breastfeeding increased risk of death caused by an enteric pathogen (Citrobacter rodentium) in mice. We showed the mortality was related to the gut microbiome which was enriched in Bifidobacterium and Lactobacillus spp., normally bacteria that is considered beneficial. We realized that if these findings held true in humans, in light of extensive prenatal fish oil supplementation, such practices could provoke dysfunctional gut immunity in infants and leave them susceptibility to infectious disease risk. Given the widespread nature of fish oil supplementation in infants through mothers as well as in formula, this possibility represented an urgent scientific and public health concern in terms of infant health.

To understand if fish oil supplements were in fact, negatively influencing infant health, we performed an observational clinical cohort study in the Okanagan Valley. Because immune development is so intricately linked with the establishment of microbial communities, we felt that understanding how fish oil alters the fecal microbiome in infants was crucial.

Our results revealed that fish oil supplementation decreased secretory immunoglobulin A (sIgA) in lactating women. Given that sIgA is a primary immune factor that protects babies from infection and one of main benefits of babies receiving breastmilk, we think that taking fish oil supplements to reduce sIgA is a negative consequence.  Furthermore we found that fish oil supplementation also increased an anti-inflammatory cytokine (IL-10) which in the context of the developing infant may also be a negative consequence.  This is because an infant’s immune system is rapidly developing and building up their immunity usually involves what is called immune priming marked with inflammatory events. Perhaps an anti-inflammatory cytokine, which reduces inflammation, present in the breast milk that is fed to infants would not benefit the infant trying to fight off active infections. To get more clues about this we looked at the infant’s fecal microbiome. We found that the omega-3 fatty acids in breast milk aligned with decreases in infant gut bacterial diversity and lowered the ability of the microbiome to resist pathogen colonization, both considered negative effects. We also found that fish oil supplementation increased abundances of fecal Bifidobacterium and Lactobacillus spp. in infants. These two microbes are considered beneficial because they are known to induce several effects that decrease inflammation. While in the context of a chronic inflammatory condition this could be beneficial, we question if decreasing inflammation in a developing infant is beneficial or not.

Our report can be found at:https://rdcu.be/b37ri 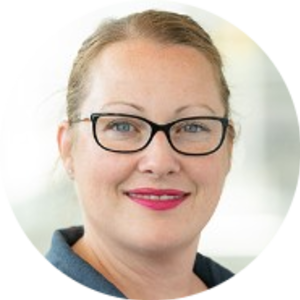